“Every leap in technology is used to better monitor, trap, and villainize us.” 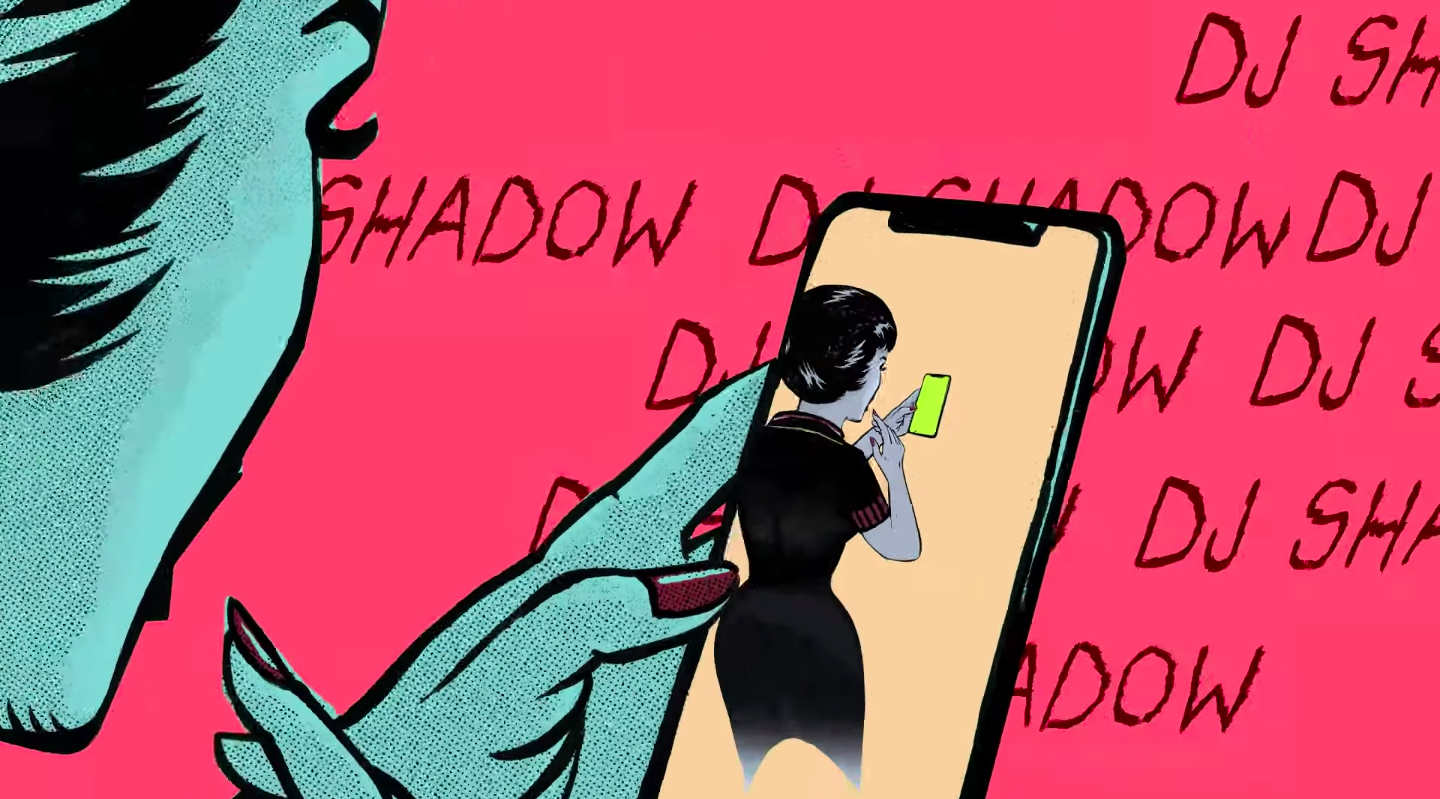 Regular Coda Story readers will know that much of our coverage of authoritarian technology examines issues around the use of biometrics, big data and surveillance. Often, the people who we interview (victims, academics and other experts) feel compelled to speak out about the black holes left open by technology.

This week, I thought I’d take an entirely different tack.

We don’t often get the chance to write about how these same issues are being documented by artists. In musical terms, concerns about the uses of technology are as old as sheet music. Over the years, subjects like automation (Kraftwerk), surveillance (M.I.A.) and the dangers looming in our near future (EMA) have all been extensively tackled by electronica, hip-hop and pop artists.

A new song from an upcoming album by the American musician DJ Shadow puts some very contemporary issues like data gathering and surveillance front and center. The song, “Urgent, Important, Please Read”, uses three rappers (Daemon, Rockwell Knuckles and Tef Poe), to warn about addiction to mobile phones, data collection and the motives of tech companies.

You can listen to the song on Spotify and YouTube. Listeners will notice the track sounds impatient, much like the alert notifications which punctuate our daily lives. You may also trace an unmistakable through-line from older recorded works by groups like Public Enemy and A Tribe Called Quest.

Earlier this week, I interviewed two of the three rappers who appear on the song, Daemon and Rockwell Knuckles. Both live in St Louis, Missouri.

Daemon told me he and Knuckles were inspired to write about aspects of technology after DJ Shadow sent them a message outlining the kind of oppressive mood he was hoping to create. “I felt like he [Shadow] kept things open-ended enough so we had plenty of room to play,” wrote Daemon, in an email. “From there it was all about trying to get into the right headspace.”

While “Urgent, Important, Please Read” doesn’t specifically mention artificial intelligence, both rappers think technology ultimately aids an ever more anonymous brand of policing. “We’re not out here dreading the rise of AI, that kind of concern is the luxury of a rich man,” wrote Daemon. “Every leap in technology is used to better monitor, trap, and villainize us. It’s hard to get worked up about the coming robot apocalypse when you’re already stuck in a system that is specifically engineered to take advantage of you until it kills you so that someone else can have a better life. And it’s designed in such a way that the people who benefit the most have maximum deniability.”

Rockwell said there were issues he felt he had to address. On “Urgent, Important, Please Read”, he raps about deleting his browser history: “Deleting every record, you know what I mean/ Puttin’ mind on my money, downloadin’, flee the scene.”

In the same verse, he strikes a more pessimistic tone later, on realizing there is no escaping the digital world: “A futurist gotta say it, it’s odd/ The land of technology, the hacker is god/ Everybody charge or church up, get the bag.”

“I think the key thing is we’re all trying to find a middle ground in how technology controls us all,” he added. “Our phones, alarm clocks, the things you buy, everything is pretty muddy.”

Last week, Evan Gershkovich attended a two-day event in Sochi which featured a number of African heads of state. As Evan discovered, the Kremlin is leaning on its “anti-colonial” past for greater influence in Africa, offering trade and security initiatives in a bid to counter U.S. and European influence. Ayanda Dlodlo, South Africa’s State Security Minister, said, “As Vladimir Putin put it very well: Russia has not colonized my country.”

More than a year after the Cambridge Analytica scandal rocked Facebook, it has emerged that the social media platform recently asked several U.S. hospitals to share anonymized data about their patients. According to the report, Facebook intended to match patient data with user data it had collected in a bid to understand which patients might need special care or treatment. The proposal never went past the planning phase and has been put on pause. (CNBC)

And finally: a fascinating account of how the West sometimes overestimates the Chinese government’s ability to push innovation. The author argues that China’s support for digital innovation has an uneven track record to date. China might be great on simpler technologies like solar cells, but lags in producing quality semiconductors, despite favorable government subsidies. (SupChina)

Elon Musk and Jeff Bezos have something in common; Malta raises the price of citizenship
Newsletter
5m read
show more