In the early months of the coronavirus outbreak, the government locked down more than 50 million people in Hubei province and imposed strict stay-at-home measures in cities across the country. However, footage shared on social media suggests that, at the same time, a state-mandated mass migration of Uyghurs was taking place in the northwestern province of Xinjiang.

In January, dozens of videos began to surface on Douyin — a version of TikTok, made by the same company, only available to Chinese users — showing crowds of people being packed onto trains, buses and airplanes.

The footage shows Uyghurs being transported as part of what Beijing refers to as a “poverty alleviation” initiative. Sent far from home, they are put to work in tightly surveilled factory labor programs and often housed in dedicated labor compounds.

In February, more videos were posted by a local media center in the Xinjiang city of Hotan. In one, a crowd of people stand in formation, dressed in matching red anoraks, their faces obscured by surgical masks. Each also wears a blue lanyard and has a suitcase beside them. A caption explained that the men and women are migrant workers, ready to board a plane to the heavily industrialized coastal provinces of Fujian and Guangxi.

One report stated that the workers were being sent “on a free charter flight.” Another featured images of men and women about to fly to Hunan province, where they were to work on the production line at a technology company. “Although the mask covered most of her face, she could still feel her excitement,” it said of one Uyghur woman. The article then quoted her as saying, “As long as your hands and feet are quick, the more you do, the more you earn.”

Chinese authorities maintained they were helping pull Uyghur people out of deprivation. “We will do our utmost to help laborers who are willing to go out to work as soon as possible, to ensure that the prevention and control of the epidemic and the struggle against poverty are both addressed,” a spokesperson for Hotan’s Human Resources and Social Security Bureau told state-run Xinhua News Agency.

Another video posted on Douyin in March shows, according to the caption, a group of 850 people being moved to Korla, Xinjiang’s second-largest city, to work in the textile industry. Masked Uyghurs are seen walking in single file and lining up to have their temperature checked, before boarding buses and trains.

The government-run relocation of Uyghurs has been described by experts and human rights groups as an extension of China’s mass surveillance and indoctrination system. Since 2016, as many as a one million Uyghurs and other Muslim minorities have been held in concentration camps, referred to by the Chinese Communist Party as “vocational training centers” or “re-education” facilities.

The Chinese Foreign Ministry did not respond to requests for comment.

Darren Byler is an anthropologist at the University of Colorado, who specializes in Uyghur studies. Referring to the labor program, he said, “There’s very likely a re-education aspect to it or some really tight form of control in the factory environment.”

While information from Xinjiang has been scarce during the pandemic, reports have emerged that in some areas placed under lockdown, Uyghurs were not allowed to leave their homes and were dependent on state deliveries of essential supplies. The Washington D.C.-based Uyghur Human Rights Project has drawn attention to footage circulated on Chinese social media, in which people say that their households were starving.

Xinjiang has reported just 76 coronavirus cases and six deaths since January. Uyghurs living abroad consider these figures to be suspiciously low, given the province’s population of almost 22 million people.

While Beijing maintains that “most people” have been released from government camps and “returned to society,” many observers believe that they have been shuttled into labor programs or other forms of detention.

The Chinese government seeks to portray the forced labor program as a benevolent initiative, providing economic opportunities to the people of a historically deprived region. In recent months, state media in Xinjiang has reported that these work placements will “emancipate the mind and eliminate old habits.”

Zumret Dawut, 38, spent two months in a detention camp in Xinjiang’s capital city of Urumqi. While there, she underwent hours of indoctrination, during which she was beaten and made to recite Chinese Communist Party propaganda. A report by the Associated Press in June revealed that China has been forcing birth control and sterilization on Uyghur women. In the course of her confinement, Dawut was given regular injections and pills that tranquilized her and stopped her periods.

After her release in June 2018, Dawut left Xinjiang. The following year, she flew to the U.S., where she now lives. Using a cellphone that she brought with her from China, she is still able to access Douyin, which is usually firewalled outside of the country.

“I first started seeing videos of Uyghurs being transferred back in January,” she said.

Dawut engaged with the content via likes and comments, so the app’s algorithm showed her more. Though some of the footage sent her way originated from state media agencies, dozens of videos were posted by Uyghurs themselves. She noticed that clips in the latter category all featured the same haunting, Chinese-language rendition of the Italian protest song “Bella Ciao.”

“I have to be very quick to download these videos,” she said, explaining that the app usually swiftly deletes them.

Asked whether Douyin censors Uyghur-related content, a spokesperson said in an emailed statement that the company “treats all users on our platform the same, regardless of ethnicity or religious affiliation.”

One video found by Dawut, posted to Douyin by a Xinjiang news outlet in March, shows a group of more than 500 Uyghurs arriving for a work placement in Korla. The footage includes their new accommodation: austere rooms fitted with bunk beds, shared kitchenettes and a common living area.

Such dormitories are often part of larger compounds, complete with watchtowers and onsite indoctrination centers. These facilities feature prominently in Uyghurs for Sale, a report published in March by Australia’s Strategic Policy Institute.

Its authors state that the forced labor program amounts to “re-education 2.0,” in which Uyghurs undergo mandatory indoctrination after working long hours in factory jobs, and fear detention if they attempt to quit.

The report also details Uyghur workers being offered to factories in “batches” of 100, via online forums, then sent to work in supply chains linked to international companies, including Apple, Nike and Gap. It also explains that Uyghur labor is a lucrative industry: companies that hire Uyghurs on a long-term basis receive payments of up to $720 per person from the Xinjiang government.

A series of advertisements on Baidu — China’s answer to Google — suggest that this incentivized market for cheap Uyghur labor has thrived throughout the pandemic. One advert, from April, offered “Xinjiang Uyghur workers, all female, 18-35 years old, proficient in Chinese, obey arrangements.” Another, from late March, stated that “the government assures security,” an apparent reference to the widespread perception of Uyghurs as dangerous extremists. The posts said workers could be paid as little as 13 yuan ($1.86) per hour.

Baidu did not respond to requests for comment for this article.

Forced labor also forms part of Xinjiang’s prison system. Nursimangul Abdurashid, 32, left the province in 2013. She now lives with her husband and six-year-old daughter in Turkey, where she works as a marketing executive. In the years since she left the city of Kashgar, her parents and two brothers have been detained, and the family home now stands empty.

In 2017, Abdurashid learned that her older brother had been put to work in an electronics factory, while being held in a detention camp in the city of Artux for the alleged non-payment of a debt. The same year, her younger brother was arrested and charged with “preparing to commit terrorist activities,” after applying for a passport to study in Turkey.

Abdurashid recalled how he had been desperate to go to university. “He wanted to be a teacher. He gave up his dream,” she said.

Abdurashid now fears that both of her brothers – aged 30 and 34 – have been pushed deeper into Xinjiang’s forced labor system. Now, she scours the faces of Uyghur workers in Douyin videos, trying to find out what has happened to them.

“I want to see them alive, at least,” she said. “Seeing so many young boys and girls heading into the unknown makes me so sad.”

China experts believe that detentions and forced labor are part of a deliberate strategy to destroy Uyghur life in Xinjiang. While language, architecture, religion and culture have all been attacked and suppressed during the government crackdown, the forced migration of thousands of Uyghurs can be viewed as an attempt to tear apart a whole community.

“The main goal is to move people away from their hometowns, to isolate them from their family, from their roots, and to make it harder for them to escape or move around,” said Vicky Xiuzhong Xu, the Australian report’s lead author, during a Zoom call. “They become more dependent on these work arrangements that are assigned to them. This is part of the efforts of the re-education campaign.”

In mid-June, President Donald Trump signed into law a bill to sanction China for its treatment of Uyghur Muslims in Xinjiang. The new legislation was introduced shortly after leaked extracts from a new book by former National Security Adviser John Bolton alleged that Trump told President Xi that he should “go ahead” with the construction of prison camps in the province.

Meanwhile, Zumret Dawut continues to monitor Douyin, searching for more evidence of China’s oppression of her people. She thinks a lot about the Chinese version of “Bella Ciao” heard in so many of the videos. Once an anthem for agricultural workers protesting against harsh conditions in the rice fields of 19th-century Italy, the song’s lyrics include a line that translates as, “The day will come when we will all work in freedom.”

“This is a message to our people,” said Dawut. “Don’t forget about us.”

With the support from the Russian Language News Exchange 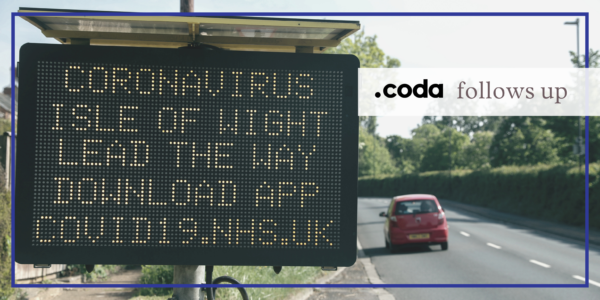 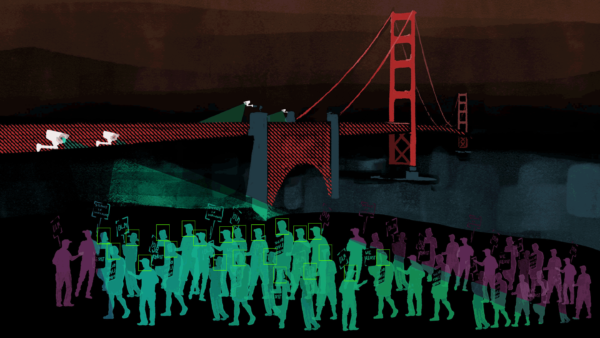