The Russian Offensive in Syria You Haven’t Heard About

The Kremlin smells military victory in Syria, but its media campaign could turn out to be a bigger triumph

Abu Muhammad is watching television as a customer comes into his shoe store in Al Hamra market, in the heart of Damascus. But he barely gives her a glance, and turns up the volume instead. The 6 p.m. newscast has just started on RT Arabic, and the 60-year-old store-owner always makes sure to catch it. The Kremlin-backed network, he says, “is the most reliable channel covering Syria news.”

His son looks after the customer, who wants winter shoes. And then the Russian president appears on screen and Abu Muhammad raises his hands and says: “God bless you Putin!”

Russia’s military intervention in Syria’s grinding civil war — to keep President Bashar al-Assad and his repressive government in power — has had widespread attention. But almost un-noticed beyond Syria has been its parallel media offensive there, led by Kremlin-financed brand names like RT and Sputnik. And the signs are this “soft power” campaign is working, with these channels securing a growing audience in government territory, helping Russia gain a powerful hold on Syrian hearts and minds.

Wael, who runs a clothes store next to Abu Muhammad’s, comes in as the RT newscast continues. The half-hour bulletin typically features a mix of reports from Syria and the wider Middle East, along with a short news segment focusing on “Russian achievements.” It is a must-watch for Wael too. “If you want to know what is happening in Syria, you have to watch RT news,” Wael says. “Not the Syria ones, unfortunately.”

Abu Muhammad has been an avid fan of RT ever since President Vladimir Putin despatched his warplanes and troops to help Assad in 2015, rescuing his regime from collapse. Watching the channel is a way of thanking Russia for its help, he says. “They stood by the Syrian people in their war against terrorism.”

Some Syrians have shown their appreciation more directly, naming newborn sons after the Russian president. It was an “expression of friendship, love and thankfulness” for his assistance, said Nawras Mihoub, the father of one such “Putin” baby, in a carefully staged video earlier this year. The young Vladimir was covered with the Syrian flag. His father — who said he was a soldier — held the boy in front of a giant photograph of the Syrian leader adorned on one side by the Russian tricolor.

Relations between Damascus and Moscow go back to Soviet times, but they had ebbed in recent decades. The Kremlin’s decisive military intervention has given it a chance to cement its influence once more, now using its information machine to talk directly to Syrians. And Assad — indebted as he is to Putin for his support—has been a willing partner.

RT has been able to operate remarkably freely in a country that ranks lower on media freedom indexes even than Russia. The Syrian government helps RT reporters get swift access to frontline locations and other stories they want to cover.

Then the Russian president appears on screen and Abu Muhammad raises his hands and says: “God bless you Putin!”

This has all helped RT’s Arabic channel vault ahead with Syrian audiences since Russian forces intervened in the civil war. The channel has actually been going for a decade, and it used to be overshadowed by the regional heavyweights, Qatar-funded Al Jazeera and Saudi-funded Al Arabiya. But now RT has become the go-to station for many Syrians in government-controlled areas.

Since last year, it has been joined by Sputnik, a Kremlin-funded news agency, which produces a daily live one-hour show for Sham FM, one of Syria’s most popular radio stations. Broadcast from Moscow each day at 6 p.m., it features a mix of news and features and studio discussion, as well as a 20-minute “Military Monitor” segment covering the latest frontline developments, with an emphasis on Russian actions.

The aim of the show, according to a Syrian media report, is to transmit “the popular and official Russian position to the Syrian people and global public opinion.”

It is hard to get exact figures, but there is no doubt Sham FM reaches a wide audience in Syria, both on radio and via its Facebook page. Even the broken Arabic of the Russian presenters doesn’t put off Ahmad, a Damascus taxi driver who says he tunes in every day. “I like the power I feel listening to Russia’s standpoint,” he says, noting approvingly the broadcast’s typically anti-Western message.

Sputnik is pushing at an open door here. Syrian people have been fed a diet of anti-Western, anti “imperialist” propaganda by the ruling Ba’ath party for decades. It starts early on, with school-children chanting a Syrian version of the pledge of allegiance before lessons, promising “to confront Imperialism and Zionism.”

The Kremlin is leveraging its military intervention to cement its influence, but using its information machine to talk directly to Syrians.

Back in his store in Al Hamra market, Abu Muhammad says RT is “more neutral and truthful” than Syrian channels. He speaks approvingly of the network’s reports on Russia’s humanitarian aid to Syrians fleeing “terrorists,” using the government’s catch-all term for those who have been fighting Assad since 2011. “I remember Russian soldiers giving beautiful gifts to hundreds of children in Aleppo at the beginning of this year,” says Abu Muhammad. “What kindness!”

Wael says he was hooked by the network’s coverage of Russian airstrikes last year which helped Syrian troops recapture the historic city of Palmyra from the self-styled Islamic State, or Daesh. He was impressed by how many reporters RT had in the field. His family are regular viewers too, he says, following RT’s output on Facebook and “contributing regularly to polls on the channel’s website.”

Not all Syrians in government-controlled areas are happy with Russia’s intervention. Some raise questions about its legitimacy, and the long-term price the country will have to pay for becoming so dependent on Moscow for its security. With the Syrian army now regaining territory nationwide with Russia’s help, you hear questions such as: “is Russia ever going to leave Syria?”

“If you want to know what is happening in Syria, you have to watch RT news.” — Wael, Damascus shop-owner

In the meantime, Russia’s influence in Syria is spreading. At government-organized rallies in Damascus, the Russian and Syrian flags are regularly flown together. Sometimes posters of Putin appear alongside the ubiquitous portraits of Assad. When the two leaders met recently in the Russian resort of Sochi, it was clear that Putin was the boss in this relationship as he declared the military mission “almost at an end.”

But the Syrian government has made clear it wants deeper ties with Moscow on all fronts.

This May, some Syrians even celebrated Russia’s victory over Nazi Germany, following a campaign by RT and other media outlets. Syrians were given St. George’s ribbons to display, a widely used Russian patriotic and military symbol, as well as flags. Walk the covered alleyways of the old souk in Damascus, and you’ll find a plentiful selection of mugs, magnets and other souvenirs bearing photos of the Russian and Syrian presidents together.

And it is not only “Vladimir Putin” that has been added to the list of possible names for Syrian children. An unknown number of baby girls are now growing up with the name “Elena” — the name of one of the regular spokespeople for Russia’s main military base in Syria. Its Facebook page has returned the favor, publishing photos of Syrian families with their new “Elena” babies.

The Kremlin may be on the defensive elsewhere in the world over its information operations, but in Syria it can already be well satisfied with its investment.

Abu Muhammad and his fellow shop owners are even starting to learn basic Russian. A few Russian customers have been shopping in Damascus markets, and they are hoping their numbers will increase. “Speaking Russian is also a sign of gratitude to Russia,” says Abu Muhammad. “I am encouraging my children to learn it too.”

All names in this article were changed at the request of the interviewees.

Coda is not naming our reporter in Damascus for security reasons.

Armed Conflict
Other Channels
Russia says it’s safe for refugees to return to Syria. They don’t believe a word of it 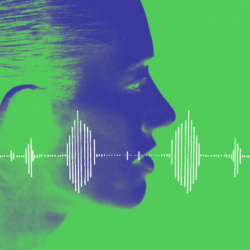 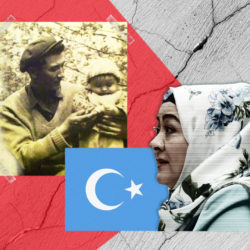 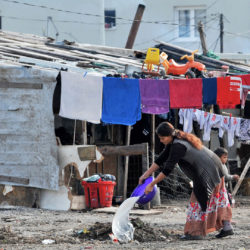 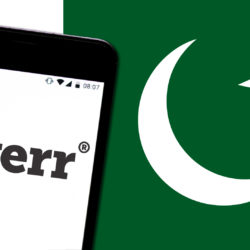 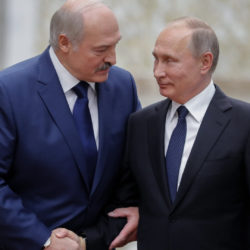 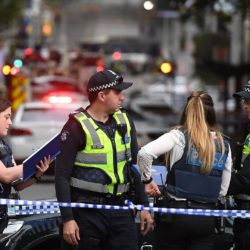 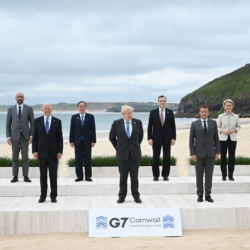