Welcome! We’re tracking the global spread of coronavirus disinformation, and what’s been done to combat it. Here are some of today’s key narratives, real and fake:

Since then Russian pro-government media has gone into overdrive covering how Russia is helping Italy by sending not just protective equipment but also doctors. “Italians are dumbfounded by the efficiency of the Russian military” reads the headline in Russian tabloid “Komsomolskaya Pravda.”

“Dumbfounded” is about right judging by the coverage of the story in Italy’s daily La Stampa. Journalist Jacopo Iacoboni says his sources in the government were surprised when they found that 100 Russian medical experts turned out to be biowars specialists led by a General Sergei Kikot.

Since landing near Rome they have been driven all the way north to Bergamo, to the epicenter of the outbreak, where they are now going to be stationed.

What will they be doing there? No one knows.

La Stampa’s sources say that 80% of the equipment is “useless”. The allegation clearly upset the Russian establishment. “The entire government, the whole of Italy is grateful, only la Stampa is against it,” says prominent Russian senator Aleksey Pushkov.

Countries across the Middle East continue to weaponize the pandemic against internal rivals and each other. Egyptian daily newspaper Youm7 accuses the “evil” Muslim Brotherhood of spreading doubt about the government’s response to coronavirus and using “media stations in Qatar, Turkey and Britain to distort the efforts of doctors in Egypt and attack the Ministry of Health.”

We already reported on the government in Turkmenistan using traditional grass to fumigate buildings as protection against the virus. Evidently that didn’t work because they now have a new method of fighting Covid-19, and that’s banning it altogether.

State controlled media isn’t using the word. It has been taken off medical brochures and only doctors are allowed to wear masks.

I spoke to a journalist in Turkmenistan who says people in civilian clothes are now listening into conversations on bus stops and playgrounds to make sure that the word coronavirus is not mentioned. Rumors are circulating some have been arrested for talking about Covid-19.

There are new virus-fighting rules in Singapore too, where from today anyone breaking social distancing edits can now land themselves in prison.

Will the Covid-19 crisis result in more dictatorships? I’m diving into that below, so keep reading.

Hungary is the most striking example. Early next week the Hungarian parliament is expected to pass a state of emergency giving Victor Orban the virtually unlimited power that the pre-Covid 19 EU had prevented him from acquiring.

In Poland, the Law and Justice party of President Andrzej Duda is refusing to budge on a May 10 presidential election date. He’s expected to come out on top. Wyborcza newspaper polling shows that Duda’s voters are more likely to go out and vote during a pandemic than opposition voters.

According to HRW’s Andrew Strolhein a telltale sign of state of emergency abuse is clamping down on media and there is a lot of it happening in Eastern Europe, where disinformation and spread of fake news also is being used as an excuse to attack privacy. This piece provides a great oversight:

“Governments in Montenegro and Moldova made public the personal health data of people infected with COVID-19, while official websites and hospital computer systems suffered cyberattacks in Croatia and Romania. Some countries like Slovakia are considering lifting rights enshrined under the EU General Data Protection Regulation, while Serbia imposed surveillance and phone tracking to limit freedom of movement.”

And in Armenia, the government is censoring Covid-19 reporting:

The surveillance industry has been among the beneficiaries of the Covid-19 crisis. For Coda’s Authoritarian Tech channel Morgan Meaker dives into a fascinating case of surveillance in Marseille.

And here’s a priceless video of an Italian priest who decided to live-stream a Mass. And then activated the video filters by mistake.

Have a great weekend and see you on Monday!

PS. It takes a village, in this case a team, to bring you this newsletter. Today’s special thanks are to Coda’s Katia Patin, Dave Stelfox and Isobel Cockerell for their contributions.

Disinformation
Other Channels
The Infodemic: Conspiracy in Nigeria; fake train subsidies in India, and why Dominic Cummings can’t trend on Twitter

newsletter
Natalia Antelava
The Infodemic: The problem with Twitter’s Trump fact-check, abortions in the post-Covid world and why gaming platforms work well for conspiracists 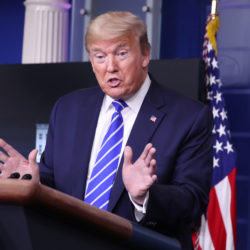 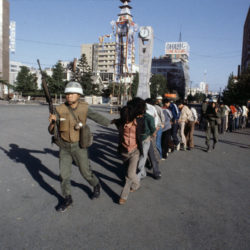