It looked like yet more evidence of the rising clout of one of Slovakia’s most prominent far-right politicians when an opinion poll emerged recently showing him on course for victory in regional elections due early next month.

The poll, conducted by a company called VISIT BB, was widely shared by supporters of Marian Kotleba and his People’s Party, after it was first published by a popular conservative website called “Hlavné Správy,” which translates as “Headline News.”

But Headline News missed out a crucial fact. Neither the firm, nor the poll exist. So says Tomas Cizik, a think tank academic who has been keeping tabs on the growing number of these “alternative” news sites which support both figures like Kotleba, and the Kremlin.

A researcher at the Bratislava-based Center for European and North Atlantic Affairs, Cizik has also been organizing seminars for Slovak high school students on media literacy and critical thinking to inoculate them against the messages these sites are propagating. Or, in other words, how to spot fake news. But from what Cizik has seen so far, his students have a lot to learn.

“They are not aware that they’re reading fake stories and conspiracy theories,” he says. It is an information vacuum that Kotleba and the many websites now supporting him are exploiting to the full, with a familiar menu of invented news, inflammatory rhetoric and conspiracies.

Take “Parlamentné listy” for example, which translates as Parliamentary Journals. Despite its solidly middle-of-the-road sounding title, it offers a regular diet of anti-migrant diatribes, warning in one recent post that an increasing number of foreigners have made Slovakia what it calls their “target country.” In the same mold, Zem a Vek (Earth and Time), recently claimed it was the “American Jewish lobby” who had clinched Emmanuel Macron’s victory in the French elections.

Hungarian-born financier George Soros, long a Kremlin hate-figure because of the activities of his Open Society Foundation, is a regular target too, another sign of how these sites directly mirror Kremlin priorities.

“They are not aware that they’re reading fake stories and conspiracy theories.”

As Cizik has conducted his classes around the country, he says he has been astounded by how many students are willing to believe such stories, many of them coming via Facebook, their main news source. He is worried it’s too late to change their habits as they are already in high school. “We don’t teach our young generation how easily information can be manipulated,” he says.

This online information jungle has provided the perfect opportunity for Kotleba and other extreme figures to gain ground. A 40-year-old former schoolteacher, he first burst onto Slovakia’s political scene more than a decade ago, parading with his followers in black fatigues modeled on uniforms worn by the country’s puppet government militia during its period under Nazi occupation. That government helped send more than 60,000 Slovak Jews to their deaths.

Since then Kotleba and his party have traded their black uniforms for green polo shirts — and prospered at the ballot box. In 2013, he became governor of his home region of Banska Bystrica after winning local elections there. Then, in 2016, he and his party secured eight percent of the vote in Slovakia’s parliamentary elections, with several neo-Nazi candidates on his list.

Websites like Headline News have been acting as his virtual mouthpiece, sometimes targeting anyone seen as getting in his way — like a local council that refused to rent space to his party for a campaign rally ahead of next month’s regional elections. There is an echo too in the message coming from many similar sites operating from Slovakia’s next-door neighbor, the Czech Republic.

This online platform give Kotleba an outlet he cannot find in the mainstream Slovak media, says Ivana Smolenova, a fellow at the Prague Security Studies Institute (PSSI) who studies pro-Kremlin disinformation. And most of the time, it is only these sites that he talks to. Kotleba declined requests for comment.

Since then Kotleba and his party have traded their black uniforms for green polo shirts — and prospered at the ballot box.

As in other Western states where far-right figures have broken through, the political climate helps. Authentic opinion polls show rising disenchantment among Slovaks for their established pro-European political class. And with his online army boosting his message, Kotleba’s fortunes have kept improving over the past 18 months

Recent polls suggest his People’s Party is the third-most popular in the country, and the most popular among Slovak youth. Some analysts predict his party could gain control of several more regions after the November elections.

Kotleba’s rising appeal among young Slovaks is no surprise to Martina Strmenova. An activist with an anti-extremism initiative in the Banska Bystrica region, she has found many students lapping up the message from the sites that support him. Strmenova says that “officially we’re banned” from offering media literacy, or other similar programs in schools in Banska Bystrica.

Slovakia’s outdated, underfunded education system is another obstacle to improving students’ critical thinking. Slovak teachers have some of the lowest salaries in the industrialized world, and the government spends far less on education per student than most of its international peers.

Another group of Slovaks have set up a website enabling advertisers to boycott fake news sites. Called Konšpirátori.sk, it has created a database of websites with ”fraudulent, conspiracist or propaganda content.” But so far, there is no sign it is putting a dent in the popularity of such sites among Slovak youth. 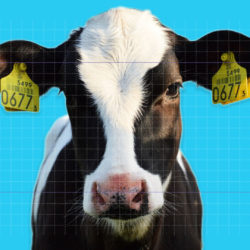 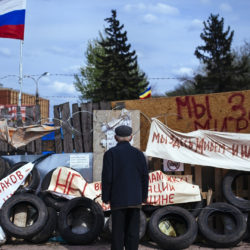