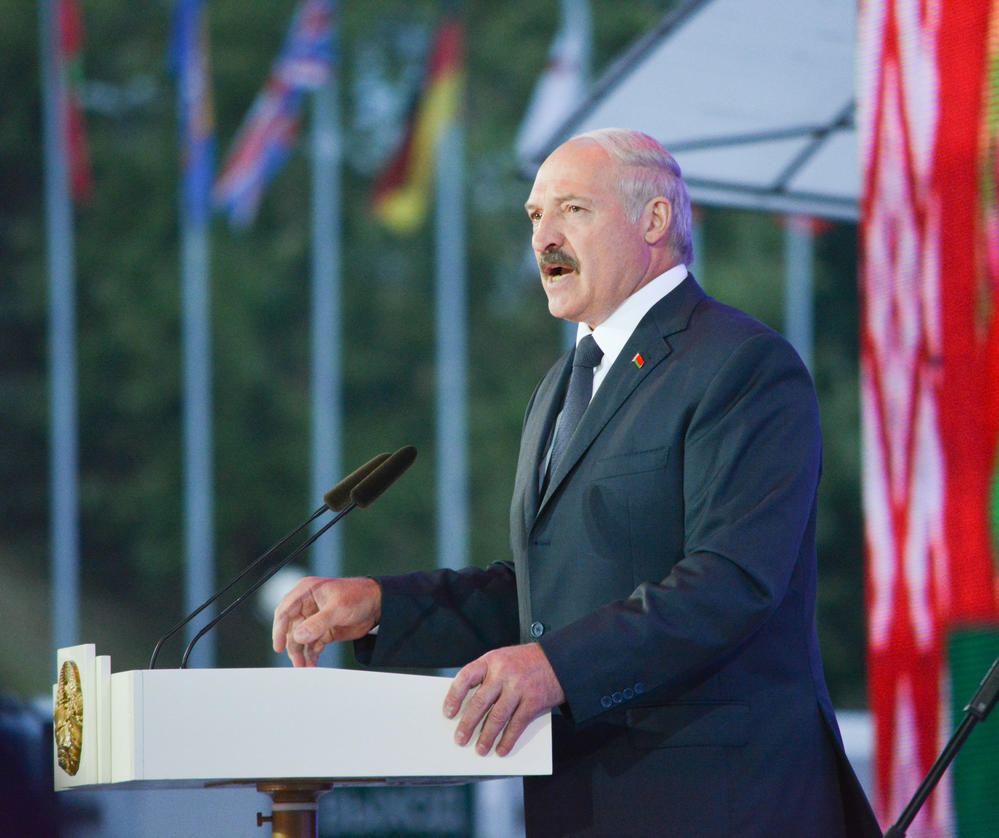 Belarus may lose the only TV channel that dares to criticize its dictator. And that could be bad news for Lukashenko himself

On a spring morning in 2008, two Belarusian television journalists took the elevator to the sixth floor of a residential block in Minsk. They work for Belarus’ only uncensored broadcaster, Belsat TV, and one of the apartments doubles as their office. Only a year old at the time, the channel was already winning a growing audience for its reports on corruption and intimidation in a country dubbed “Europe’s last dictatorship.”

As the elevator doors opened, plainclothes intelligence officers ambushed the journalists, demanding that they open the apartment door. The officers — agents of what is still known as the KGB, the Soviet-era name for Belarus’s secret services — forced one of the journalists, Michal Janczuk, to the ground, twisting his arm behind his back before ripping the keys from his hand. And once inside, the KGB men stripped the apartment of its camera and editing equipment. “They even took our forks,” recalls Sergei Kruchkou, the other journalist present that day. What neither Kruchkou nor Janczuk knew at the time was that the KGB were raiding the homes of dozens of Belsat’s reporters at the same time.

Janczuk and Kruchkou still work from the same apartment that the KGB raided nine years ago, and Belsat still faces constant harassment from authorities. But as Russian assertiveness roils Eastern Europe, the biggest threat to the channel’s future comes from the very state that has until now guaranteed its existence. The Polish government – on which the channel depends for most of its budget — is cancelling its contract with Belsat TV, in what is thought to be an effort to keep Belarus’ President, Alexander Lukashenko, on its side.

But here is the irony. The man called Europe’s last dictator has his own problems with Russia, especially with the impact of Moscow’s growing propaganda machine. And Belsat TV’s independent voice could help the Belarus government in countering it, according to Alesky Dzikawicki, the channel’s factual programming director. “In some ways, we are doing their job for them,” he says.

For almost 23 years, President Alexander Lukashenko has ruled Belarus with an iron grip. Much about the state resembles its Soviet past — even down to the persistence of collective farming. Dissent is scarcely tolerated and opposition politicians have been harassed or imprisoned or have disappeared altogether.

Since it was founded in 2007, Belsat TV has served as the only independent source of news in a country that the Committee to Protect Journalists has described as “one of the world’s most censored.” Through its satellite channel and online broadcasts, Belsat TV has lifted the lid on Belarus’s faltering economy and harassment of opposition politicians.

Denied accreditation by the Belarusian authorities, the network reports from Belarus but broadcasts from Warsaw — until now, they have technically been part of the Polish public broadcaster, Polish Television. Funding from the Polish Ministry of Foreign Affairs (MFA) accounts for about 80 percent of the channel’s $4.5 million annual budget.

The man called Europe’s last dictator has his own problems with Russia, especially with the impact of Moscow’s growing propaganda machine. And Belsat TV’s independent voice could help the Belarus government in countering it.

Ties between Poland and Belarus go back centuries, but diplomatic relations have become strained since they pursued opposing paths following the collapse of communism. Unlike Belarus, Poland threw in its lot with the EU, free markets and democracy.

Support for Belsat TV formed part of Warsaw’s broader support for democratic initiatives in Belarus. But in January 2017, the MFA terminated its contract with the channel.

It is not clear why the funding came to such an abrupt end. When asked about it, a spokesperson for the Polish MFA said that it was “a good time to modernize Belsat TV,” and suggested that a future model for the channel could be to build on the channel’s online broadcasting.

Janczuk however believes that Belsat TV is being sacrificed by Poland in a bid to keep Belarus’s president Alexander Lukashenko on its side.

“They are in desperate need for a buffer zone, a grey zone between Russia and the European Union,” says Janczuk. “For Poland especially it’s quite valuable to have an additional 500 kilometer margin between them and Russian tanks.”

For years the EU had sought to isolate the Belarusian leadership through sanctions and travel bans, leaving the country highly economically dependent on Russia. But faced with a resurgent Russia, both Lukashenko and the European Union have begun to move away from their isolationist policies. European sanctions were dropped after the Belarusian President pardoned jailed opposition figures in 2016, and the presidential elections that year passed without much controversy. But beyond these gestures, Lukashenko shows no sign of pursuing meaningful democratic reforms.

Janczuk feels that Belsat has been betrayed by the rapprochement:

“All these ideals that we have been fighting for all these years have been sold by our European partners,” he says, staring down into the bottom of his empty coffee cup. “Nobody will die for Minsk.”

Alesky Dzikawicki, Belsat’s Warsaw-based factual programming director, strikes a more hopeful tone. He describes Poland’s decision to withdraw funding as a “mystery,” but believes that the Belarusian authorities might not necessarily want to see the channel closed.

Ironically, while the channel is critical of the Belarusian regime, it may help Lukashenko counter the bigger threat of Russian influence.

Like Poland, Belarus has been troubled by Moscow’s annexation of Crimea and military intervention in eastern Ukraine. While the Belarussian economy is heavily dependent on trade and oil and gas subsidies from Russia, Lukashenko is now trying to keep the Kremlin at arms length as fears grow that Russia will look to increase its already considerable influence in the country.

But the prevalence of Russian speakers in Belarus and the availability of Russian TV stations there mean that Putin has a lot of tools to undermine Lukashenko. And this is where Belsat comes in, according to programming director Dzikawicki.

“All these ideals that we have been fighting for all these years have been sold by our European partners,” he says, staring down into the bottom of his empty coffee cup. “Nobody will die for Minsk.”

“The Belarusian state media are perhaps aware that they should try to rebuff Russian propaganda, but they’re frightened to…But we show things the way they are, so in some ways, we are doing their job for them,” he says.

“And if the Russians ask them [the government] about us, they can just say, ‘well, it’s not us, they are in Warsaw, we can’t close them down’…So we are even useful to the Belarusian authorities,” he adds.

Moscow’s voice is certainly a force to contend with in Belarus. Of the basic package of nine TV channels available for free in Belarus, four of them are Russian-produced and people with satellite TV can access the full complement of Russia’s state-owned channels. Belarusian channels struggle to compete with the big budgets and high production values that make their Russian counterparts so popular.

Janczuk says that because of their popularity, certain Russian worldviews have taken root in Belarus. Belarusian TV channels are fairly neutral on the issue of Crimea, he explains. But 62 percent of Belarusians support the view that the annexation of Crimea was “an act of historical justice,” a view which has been vehemently promoted by Russian media.

“That means that Russian TV channels have more influence than Belarusian ones,” says Janczuk.

The Belsat TV team believe that this makes their work more important than ever, even as its funding falters.

“It is important to just have something there, so that people have the possibility of changing the channel,” says Sergei. “That there is something different there.”

But it means that Belsat TV now finds itself as both a pawn and a player in an increasingly complex information war for hearts and minds.

Disinformation
Other Channels
Foreign influence laws wreaking havoc on journalists, professors in India and the U.S.