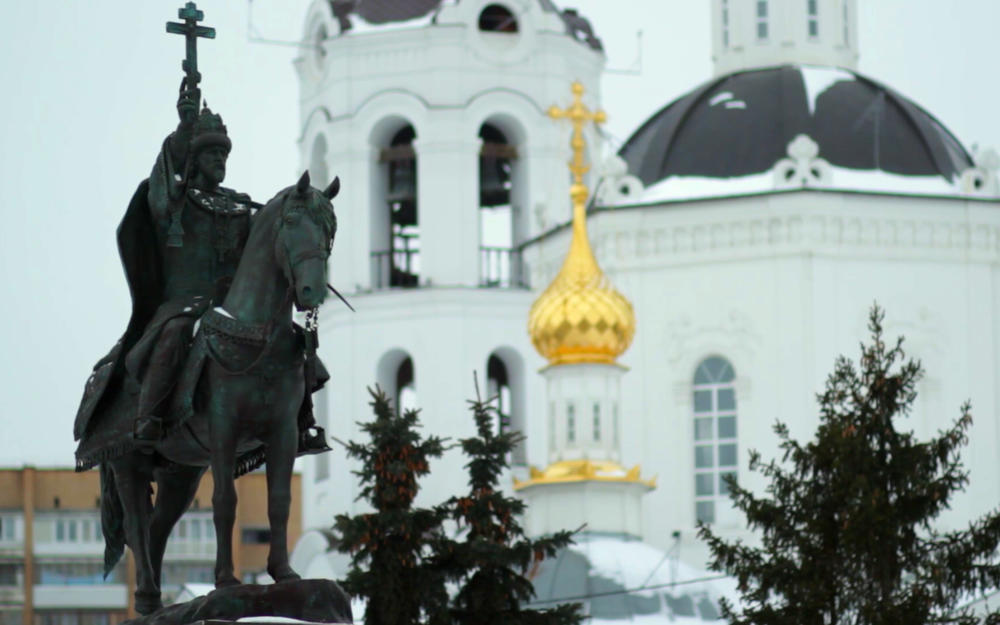 As Russia’s past is remade, its cruelest leader is a figure to admire not abhor

“Vanya, listen, do you know who Ivan the Terrible is? You share his name. Have they taught you about him in school yet?”

I am speaking to my friend’s 11-year-old son, whose full name in Russian is also Ivan. We’re sitting in the hallway of a small apartment in the suburbs of Yekaterinburg, Russia’s fourth largest city, which straddles the border of Europe and Asia. Together, Vanya and I are slowly assembling a chair for his younger brother, who shares his first name with another famous Russian tsar, Peter the Great.

“Yes,” Vanya says, still concentrated on screwing in the chair’s leg. “He killed his own son because he had problems with his son’s wife. Was it with his wife? I don’t remember. Anyways, he killed his son.”

Ivan the Terrible’s murder of his son is the single most famous act of domestic violence in Russia’s history. It inspired one of Russia’s most famous paintings, has been immortalized by Soviet cinema and was taught to generations of Russian schoolchildren.

But the historical records that have earned Ivan the Terrible a place among the country’s cruelest rulers are now being rewritten. Officials recently built the country’s first monument to the tsar that Russians had, for centuries, been taught to fear.

“Do you think that’s a good thing to do? To put up monuments to rulers like him?,” I ask Vanya as we move on to installing the armrest for the highchair.

Vanya looks at me as if I’ve asked the stupidest question in the world. “People don’t put up monuments for no reason,” he says.

Vanya has a point. Statues are always erected for a reason. In Russia, the state has been behind an effort to rebrand the leaders of its past. The trend began when local governments across Russia started erecting statues to Stalin. Now, Ivan the Terrible seems to be the tsar in vogue.

The first monument to him was unveiled on October 14 in the Russian city of Oryol, some 254 miles southwest of Moscow. The official reason given is that Ivan the Terrible ordered the city’s foundation, although historians agree that there is little evidence that the tsar had ever even heard of the place.

“He ordered the city to be built. I’m not going to go into historical specifics, but I think it will be a great thing if we put up this monument,” Potomsky said when he first floated the idea at a Moscow press conference this June.

At the time of Ivan’s rule, however, all government decrees were signed in the name of the tsar. In theory, dozens of cities in Russia could erect monuments to Ivan the Terrible if they followed Oryol’s example.

Fyodor Krasheninnikov, a political analyst based in Yekaterinburg, is certain that the monument in Oryol is “monumental propaganda.” This “perverted concept of erecting monuments” has been resurrected from Soviet times, he believes.

“It’s important to strictly understand that the monument to Ivan the Terrible in Oryol isn’t a monument to him, but a monument to great power and to a made-up concept of Russia that our current government very generously serves up to our population.”

Krasheninnikov reasons that the regional government in Oryol most likely just wanted to gain favor with the Kremlin by erecting the statue.

“The government finds people who are very far removed in time from our reality today and puts up monuments not so much to them as to the very idea of great power,” Krasheninnikov said. “Those who are good are the ones who serve the unified government. Any attempt to live separately and to have autonomy . . . that is disgusting and it must be suppressed; with blood, if need be. This is what Ivan the Terrible did.”

Ivan IV was called “the Terrible” for a reason. As tsar from 1547-1584, he doubled Russia’s territory through a violent campaign of expansion and centralization that brought independent khanates stretching from the Volga River to Siberia under Moscow’s control.

“The government finds people who are very far removed in time from our reality today and puts up monuments not so much to them as to the very idea of great power.”

Even in the historical records of his time, Ivan is described as a cruel tyrant and is charged with murdering his son, also named Ivan. Many historians theorize that the young heir was killed by a blow to the head while he was shielding his pregnant wife from his father. The tsar allegedly beat his daughter-in-law, Yelena, so severely that she had a miscarriage.

Ivan the Terrible also became infamous for initiating Russia’s first systematic campaign of political repression, known as the “oprichina.” He labeled entire families of the upper middle class “undesirable,” stripped them of their property and sent them off to Russia’s far-flung outlands. Thousands of his subjects, including women and children, were executed. Centuries later, Stalin’s repressions copied this model.

“If we agree to this monument, then that means that we are agreeing that independent thinking has no influence in Russia; we cannot build anything free or open for our children,” Oryol resident Vladimir Ermakov said in October. But few people in Oryol agreed to sign the petition that Ermakov and a handful of others put together to try and stop the monument’s construction.

The activists had far less access to the airways than Governor Potomsky. He said that the critics of Ivan the Terrible should read “true history” because “then they will understand that he never killed his son.” While declaring that “no one should be able to rewrite history,” the governor claimed that Ivan the Terrible’s son actually had died from an illness contracted while traveling to St. Petersburg, a city that was founded 119 years after the tsar’s death.

Potomsky’s words, disseminated widely by the Kremlin-controlled media, muted complaints from opponents of the monument. No one challenged him on the historical blunders he made during his speech.

In the streets of Oryol, nine out of ten people interviewed by Coda had no complaints about the new monument. Three of them defended it, saying that they learned on television that Ivan the Terrible had founded their city. The rest thought that he was indeed a great ruler who expanded the borders of Russia and made the country great.

“The oprichnina terror? What can you do?,” one person said. “What tsar didn’t wage his own form of terror?,” said another.

“If we agree to this monument, then that means that we are agreeing that independent thinking has no influence in Russia; we cannot build anything free or open for our children.”

A 26-foot-high Ivan the Terrible now towers over Oryol’s historic central square. Cast in dark bronze, the tsar holds a large Orthodox cross in his right hand and wears a second cross on his chest. At the October 14 opening, dancers in traditional folk costumes performed on stage below the statue. Devout Orthodox Christians unfurled church banners and stood holding icons. When a priest began to bless the monument, the believers broke into the anthem of imperial Russia, “God Save the Tsar.”

As he addressed the crowds, Governor Potomsky called the monument’s critics “enemies.” He credited Ivan the Terrible not just with founding the city but also, bizarrely, with encouraging Soviet forces in their victory against Nazi Germany during World War II. He then compared the tsar to President Putin.

“We have the great and most powerful President Putin, who has forced the entire world to respect Russia, as did Ivan the Terrible,” Potomsky bellowed into a microphone. “With God’s blessing!”

More memorials to the tsar are already planned. The stone has been quarried for a second monument of Ivan the Terrible; this time, in Alexandrov, about two hours northeast of Moscow. In St. Petersburg, Russia’s most liberal city, a group of activists pushed forward a resolution to name a street in honor of Ivan the Terrible. They echoed the false claim put out by Governor Potomsky that Ivan the Terrible visited the city which was founded well over a century after his death.

And in Oryol, a flood of visitors is already visiting the city’s newest monument. Schoolchildren included.

Disinformation
Other Channels
Russia says it’s safe for refugees to return to Syria. They don’t believe a word of it 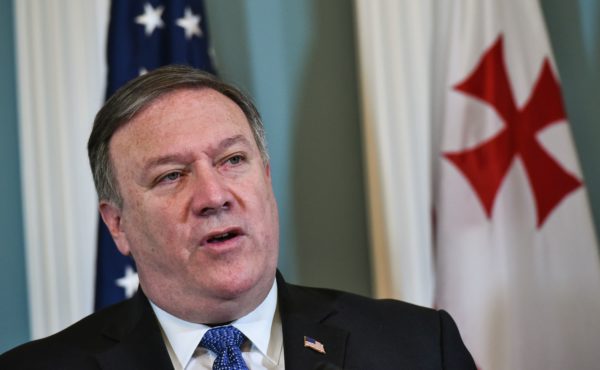 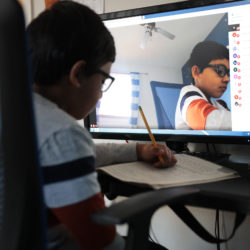