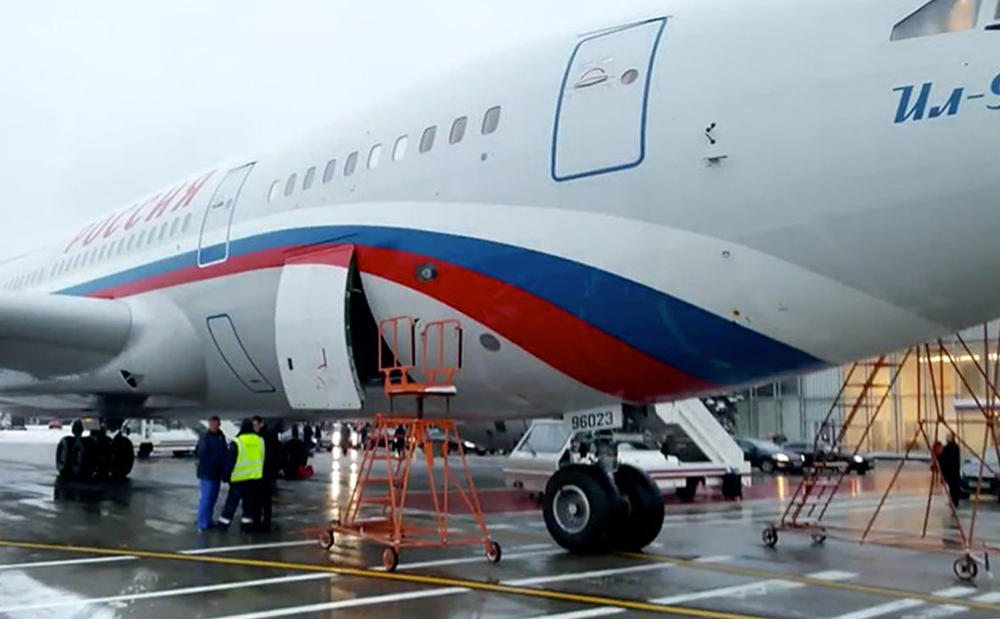 Disinformation, snorts the Kremlin, to allegations a Russian government jet was being used to smuggle cocaine

An international narcotics sting that began with the discovery of millions of dollars worth of cocaine inside the Russian embassy compound in Buenos Aires has turned into a public-relations nightmare for the Kremlin, after it emerged that a Russian government jet had apparently been lined up to smuggle the drugs.

Some Russian commentators are calling it a scandal on a par with Airforce One being used to carry illegal narcotics, after the Argentinian police published photos of the suspect aircraft — which has previously had President Vladimir Putin as a passenger.

The Kremlin has lashed out at domestic media coverage of what’s been dubbed the “cocaine affair”, even denouncing some stories as “fake” — a label usually reserved for irksome reports in the foreign media. Ironically, the Russian government initially hailed its sting operation with the Argentinian authorities as a model of international cooperation when it was first revealed.

The story began with Argentinian police discovering suitcases stuffed with more than 850 pounds of cocaine inside the grounds of the Russian embassy in Buenos Aires in December, 2016. Diplomats there reportedly helped the Argentinian drugs squad in swapping out the cocaine for flour and planting GPS tracking devices in the cases. Russian police then arrested the recipients when the suitcases reached Moscow.

But last week, the Argentinian authorities published details of the sting, including photos of the suitcases being loaded onto a Russian government Ilyushin Il-96 aircraft, with its identifying number, 96023, clearly visible. A plane with the same number is part of a special flight detachment used for transporting top Kremlin officials including Putin, according to the Meduza website.

That revelation sparked a media frenzy, with journalists suggesting that Russian officials were involved in a lucrative conspiracy to ship drugs from South America to Moscow, using government aircraft.

The Kremlin has furiously denied that the plane in the Argentinian photos was a government jet, claiming that the number in the photographs had been digitally altered. But Argentinian law enforcement insists the photos are genuine, and that the same plane number appears in pictures in their case file.

The same plane was reportedly sighted this week in Bangkok according to one flight-tracking website, possibly carrying Nikolai Patrushev, the powerful head of Russia’s National Security Council.

Russia’s Foreign Ministry has also hit out at reports that nine Russian diplomats possibly linked to the “cocaine affair” died from mysterious heart attacks between 2016 and 2017, and an allegation that the senior diplomat responsible for Latin America had been murdered. “Unfortunately, even those who are no longer with us are not spared in this information slaughter,” the Foreign Ministry said in a statement reported by MediaZona.

But just weeks before Russians go to the polls for presidential elections, the story is not going away, with journalists asking how such a huge quantity of cocaine ended up in the embassy compound in the first place.

The media have named a Russian citizen living in Germany called Andrey Kovalchuk as the suspected ringleader of the cocaine smuggling operation. Through his lawyer, he has denied the allegations, saying that the suitcases contained cigars, coffee, and alcohol he had purchased and stored at the Russian embassy’s school in Buenos Aires ready to be forwarded on.

Someone must have slipped the drugs in there, his lawyer said, blaming American intelligence agents as part of a U.S. plot to discredit Russia’s diplomatic mission in Argentina.

Coda tells you stories you never heard before, shows you connections you never knew existed and the nuance and complexity of the world

Disinformation
Other Channels
How conspiracy theories surged after the Beirut explosion