Previous article 4m read
Influential US scientist under fire for Xinjiang links
Next article 3m read
Are we really living in the age of a “cyber arms race” and an “information Iron Curtain?”
Newsletter

The Israeli roots of the new wave of global populism 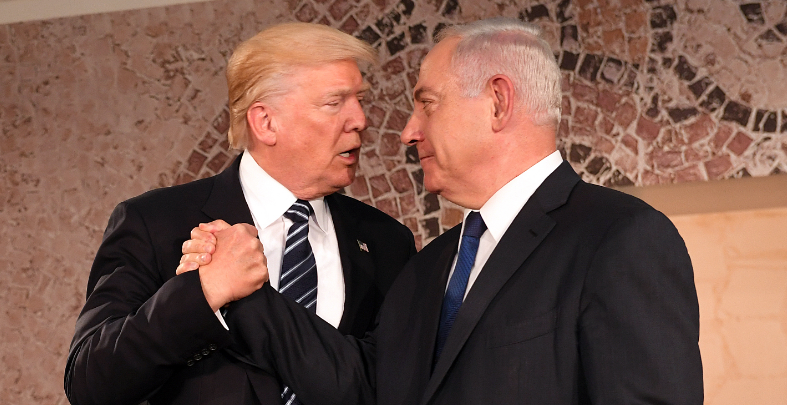 Before Trump, Salvini, Brexit, Bolsonaro, there was Benjamin Netanyahu. That’s the message I got from the documentary “King Bibi”, which I saw a few days ago here in Berlin, presented by the director Dan Shadur. More than a study of Netanyahu, it’s a study of populism.

The parallels to Trump, of course, are striking, and the film suggests that Trump and modern populists owe a kind of debt to Netanyahu, who became Israel’s youngest-ever Prime Minister in 1996. He’s the one who first did all their greatest hits: Rabid denunciations of the press at rallies, the cultivation of a media persona as a pathway to politics, a campaign built transparently on xenophobic fear-mongering, and, of course, the drama of a clash between liberal elites and the authentic masses.

What was striking about the documentary, as a study in populism, is that it was mostly all about television. It narrated Netanyahu’s rise to power without interviewing experts or filming new footage, relying entirely on archival material. It made for an eerie but effective portrait of politics as television spectacle. I asked Shadur why he made that choice.

“I was really intrigued by this form…because he’s such a performer…I really wanted to play with this, and to try to say something about his abilities and his innovation,” Shadur told me, “but also about something more general about the relationship between media and politics.”

This same week, I read a paper about populism that helps explain why focusing on the media was a good directorial choice. Haig Patapan’s “On Populists and Demagogues” tries to figure out what makes modern populism different from the manipulative demagogues of, say, ancient Athens, who used anti-elite sentiment to usurp power. The author concludes the difference is really a new set of methods and ideas available to the populist.

A major one is technology: “Though the size of the modern state seemed to be a fatal limitation on the demagogic speech, technological advances made possible a new intimacy with the people,” Patapan writes.

Netanyahu is the ultimate, and pioneering, exemplar of this technological intimacy, and he did it decades before others. In 1997, he launched a website and put up a video saying he could now talk to his supporters directly, without the press as an intermediary.

“It was really like he’s doing it a decade before social media even starts and almost two decades before it will take a major role in politics,” Shadur told me. “So he definitely understands this logic before many others. And I think they appreciate him for this, from Trump to Bolsonaro to Orban and Modi.”

But ultimately, Netanyahu’s great strength is his performative abilities. Having spent almost two hours in a dark room watching Netanyahu on a big screen, I can tell you — they are quite beguiling. And he’s no less captivating when you learn, as the film suggested, that Bibi learned it all in an acting class.

Elsewhere in Coda: Of course, loss of trust isn’t all that drives fake news and conspiracism. There are also strong, though diminishing, financial incentives for hoaxers, who can make money off clicks. In February, we profiled one fake news entrepreneur in the Czech Republic to find out how this looks from the inside.