Confusion reigns over Moscow’s annual “Back to School” celebrations 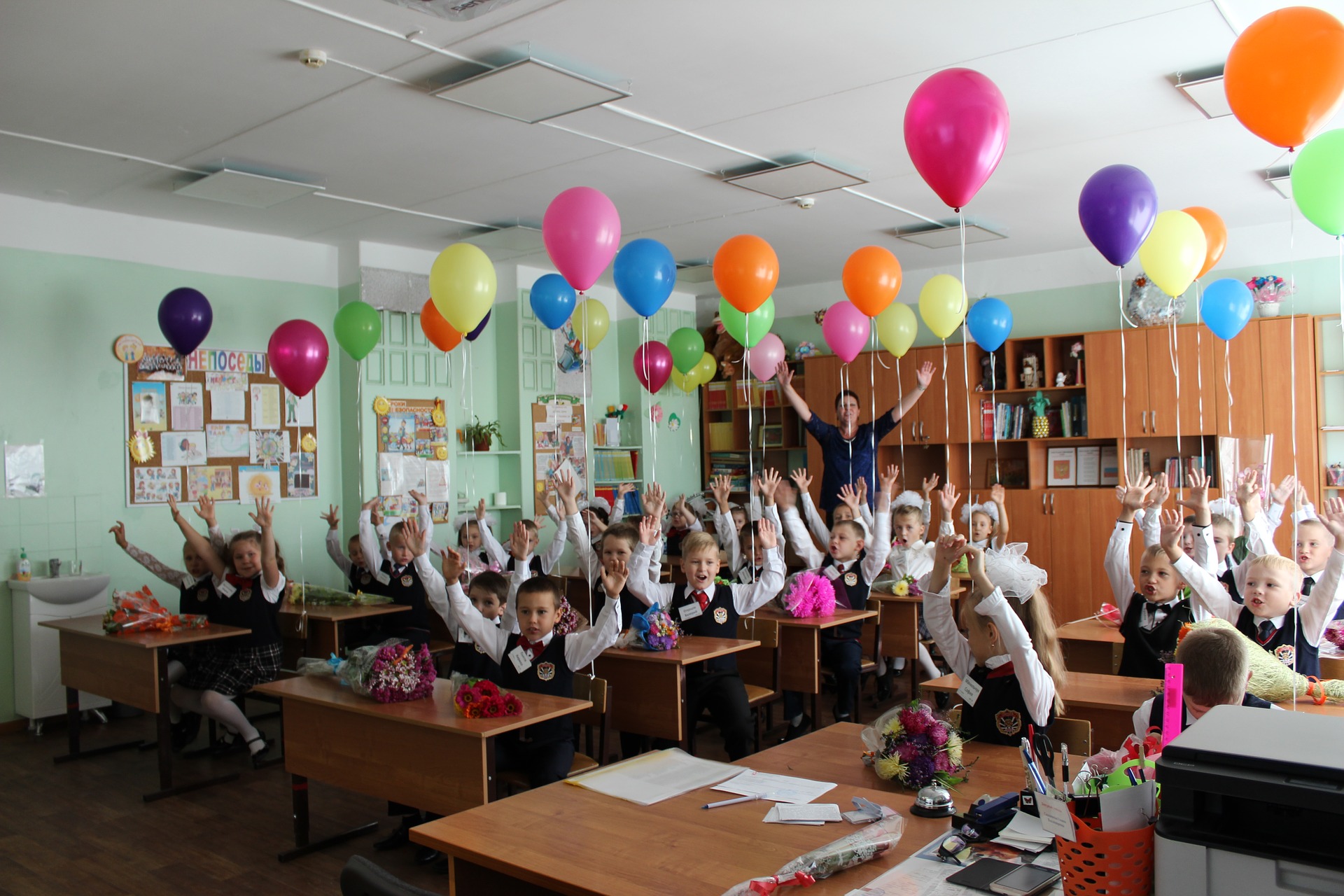 Across Russia, the first of September is met with either dread or anticipation. For students it’s the “Day of Knowledge,” where they report back for their first day of school ushered by their eager parents snapping photos of a solemn celebration that has the optics of a Russian Norman Rockwell: schoolboys suited up, holding out bouquets for their teachers; girls dressed in pressed navy skirts and pristine white knee socks, their braids tied up in frilly bows.

For decades, the rituals of the first day of school haven’t changed much, down to the hairstyles. Children line up by grade outside the school building and are ceremoniously called in as parents proudly watch.

So it’s hardly a surprise that parents were alarmed by a recent announcement posted by Moscow’s Education Department: schools should cancel this Monday’s celebrations. The recommendation cited “health concerns.” Across Moscow, panicking parents began exchanging conspiracy theories in Whatsapp groups, trying to explain such an unprecedented edict from the Education Department. Not helping matters much, the post was then deleted and replaced with a non-explanation that the department had requested its statement should be taken down.

Tomorrow many are carrying on with their planned celebration despite the warning, though some parents have reported cancellations at a number of schools. But the conspiracy theories are still swirling. Cooked up in an information vacuum with officials declining to shed further light on their announcement and retraction, the most popular conspiracy theories are tied to the two biggest news stories of the summer in Russia and give some insight into how Moscovites think their city administration is awash in paranoia.

Some parents theorized that officials fear highschoolers will try to re-energize the protests that swept Moscow in August by organizing a demonstration in support of opposition candidates during the annual line-up outside of schools. Others speculated that there was a radiation threat brought on by the August 8 explosion of a nuclear reactor at a military test site in the north which killed seven people. Following the explosion, city officials had also acted strangely: warning people to stay indoors and seek shelter because of a storm warning announced on state television and in some neighborhoods by police with loudspeakers. But that storm never came. And now Moscow’s parents are linking this week’s announcement by the Education Department to theories that the accident more than 600 miles away from the city in fact did release dangerous levels of radiation.

In Moscow, it’s an absence of information, as well as what seems to be some chilling historical parallels, that are fueling disinformation. Elsewhere, I’ve noticed something happening at the other extreme: a flood of information creating confusion over what is actually happening on the ground.

Celebrities, journalists, politicians, scientists — this past week it felt like everyone was talking about the Amazon and few were getting it right. Many of the dramatic images of burning forests circulated by figures like Leonardo DiCaprio, Cristiano Ronaldo, and French President Emanuel Macron were identified by both climate change deniers and mainstream media outlets alike as misinformation. I found myself wading through an unusual ecosystem of stories where climate conspiracists were freely mixing with established scientists, both trying to set the record straight on what was happening in Brazil. Stories that fact-checked reports from the Amazon were getting re-fact-checked by the experts misquoted in them; conversations descended into pedantic debates over whether the Amazon is more accurately the “Earth’s lungs” or “the cooling system of the planet” (apparently it’s the latter). It feels like the real emergency in the Amazon was getting sidetracked by debunking contest.

Correction: An earlier version of this newsletter incorrectly referenced a scene in the HBO series “Chernobyl” which portrays May 1 not September 1.