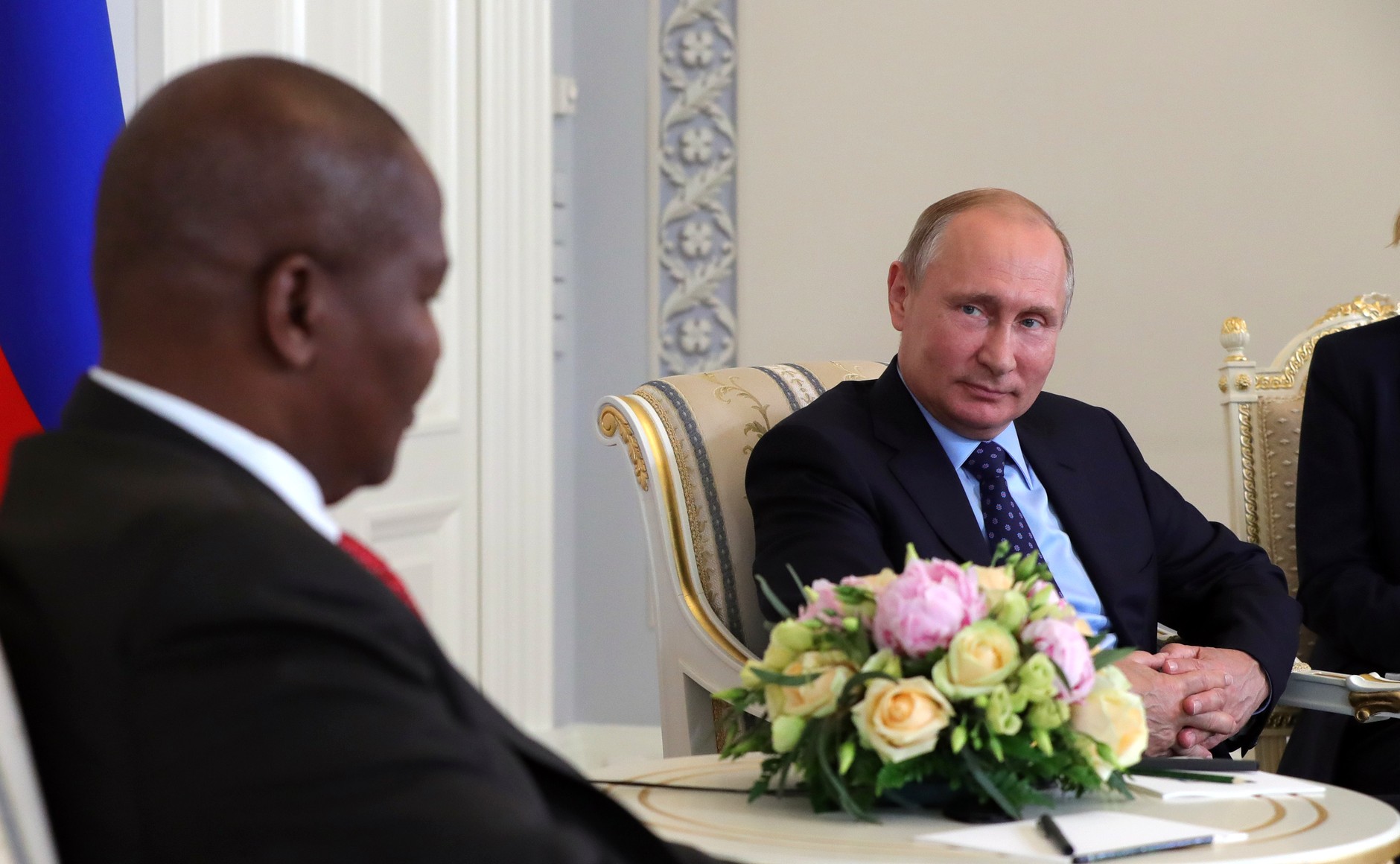 You might remember from roughly a year ago three Russian journalists and filmmakers were mysteriously murdered in the Central African Republic (CAR). The victims, Orkhan Dzhemal, Alexander Rastorguev and Kirill Radchenko, had traveled to the CAR to make a documentary about the “Wagner Group” a secretive private military contractor affiliated to Yevgeny Prigozhin, nicknamed “Putin’s chef” because of his Kremlin catering contacts.

Investigations by CAR authorities and the Russian foreign ministry concluded the journalists had been ambushed by men wearing turbans and speaking Arabic. Another investigation by the Kremlin-aligned and Prigozhin-backed RIA FAN news agency claimed that a French mercenary, under the protection of French secret services, was behind the killings.

However, despite these investigations, or because of them, the families of the victims, their colleagues, and Mikhail Khodorkovsky, an exiled Russian billionaire and leading Putin critic who funded the journalists on their fatal assignment, have kept digging. A new piece in The Daily Beast last week examines the most recent investigation into the murders, conducted by Dossier Center, an investigative unit funded by Khodorkovsky.

For the report, the investigating team has conducted new interviews, studied billing records, transportation and communications data and concluded that the journalists had been surveilled, set up and “the murders were deliberate and professionally executed.” The report also says that a Prigozhin-backed disinformation campaign was then mounted to impede any independent investigation. “The involvement of a number of Russian citizens, in particular, employees of companies affiliated with Yevgeny Prigozhin, is being concealed or denied,” concludes the report.

To understand the Kremlin’s disinfo campaign around the murders, we need to have a closer look at the work being done in Africa by the Wagner Group and Prigozhin.

In this paper published by Carnegie Endowment for International Peace in July, senior analyst on Russian politics Nathaniel Reynolds described the Wagner Group as “a vehicle the Kremlin uses to recruit, train, and deploy mercenaries, either to fight wars or to provide security and training to friendly regimes.” Prigozhin has said of Wagner that it does not exist.

Often referred by Russians as a private military company, or a PMC, Reynolds says, Wagner secures the option of plausible deniability by the Kremlin when mercenaries are deployed to foreign conflicts. Reynolds says the group was involved in wars in Ukraine and in Syria in 2014.

According to other leaked documents obtained by the Dossier Center and unpacked in The Guardian, the Wagner mercenaries, along with other Prigozhin-backed entities known as the “Company,” later surfaced in Africa and the CAR. Their activities reveal Moscow’s ambition to turn the region into a strategic hub. This is part of Russia’s bid to find new partners escape isolation, said Paul Stronski, a senior fellow at Carnegie Endowment. Russia is “engaged in parts of the world like in Africa to show that Russia may be isolated from the west but it’s not isolated from the rest of the world,” said Stronski.

However, instead of stretching its military muscle as it did in Ukraine, the Kremlin and Wagner chose a different approach in Africa — offering a range of services including training, political consulting and protecting of high-level officials.

“This is basically showing that Russia can be active,” said Stronski. “It is trying to present itself as a problem solver. Particularly in a place where the west has had a very difficult time stabilizing so it’s trying to take away the mantle of being a stability provider, away from the west.”

In his study, Reynolds says “Companies linked to Prigozhin have sponsored a panoply of soft power initiatives [in CAR],” like funding radio stations and beauty pageants.

This view is backed up by our own reporting. “In the local press and on social media, Russia has been receiving glowing reports for the support it has been giving to social and cultural activities in the country,” wrote Patricia Huon and Simon Ostrovksy last year. They were reporting from a beauty contest in Bangui where the winner was congratulated on stage by a former member of the Russian intelligence services who was working as a security advisor to CAR’s president.

If you would like to go beyond the Dossier Center investigation, here’s an Al Jazeera  documentary about Russia’s role in training CAR government soldiers.

Note: Stronski has a forthcoming paper, “Russia back to Africa” which will focus on Russia’s re-engagement with sub-Saharan Africa, and how it fits into its broader foreign policy.