How Taiwan battled disinformation in the run-up to the elections 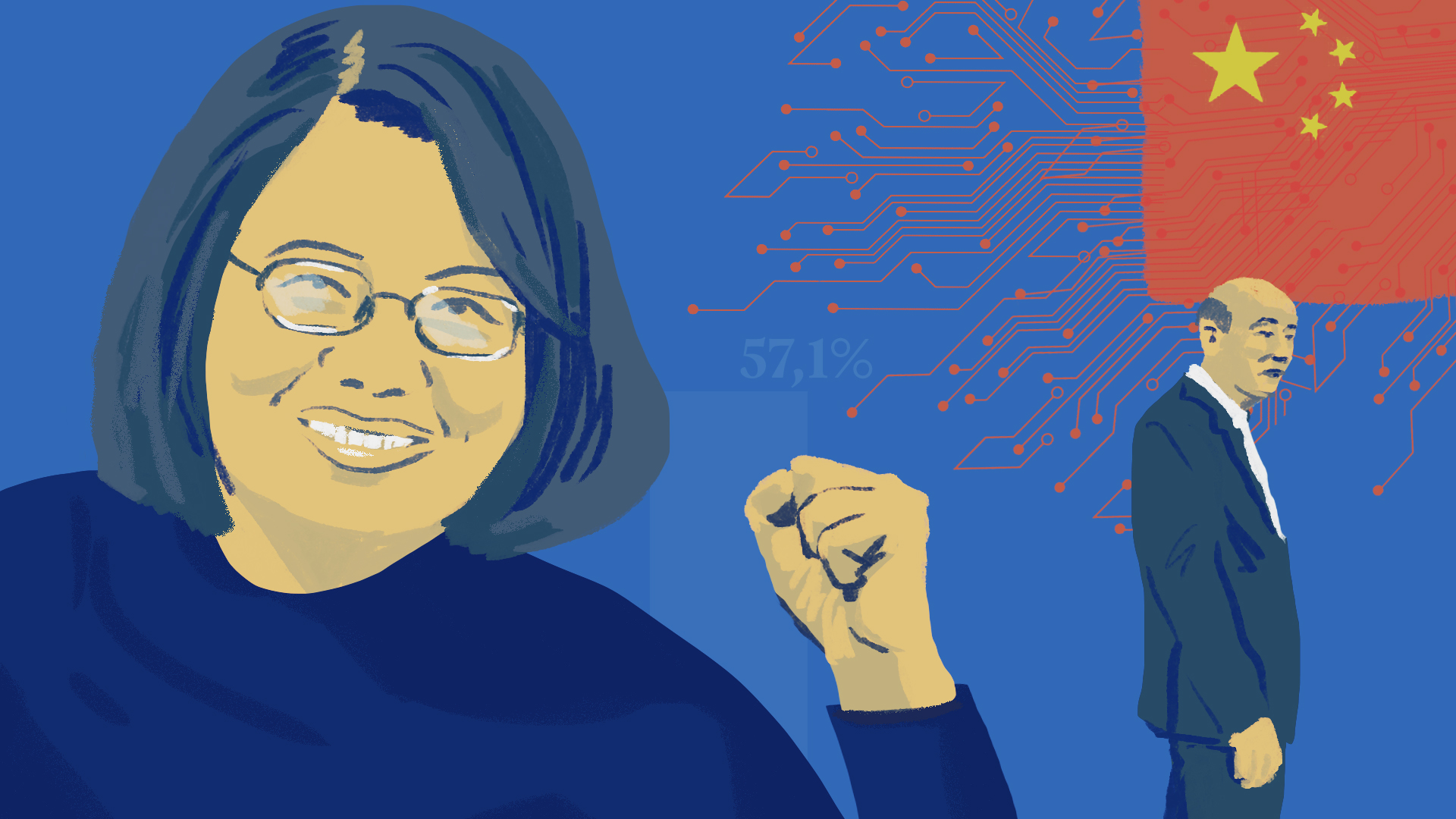 Hi, it’s Mariam here and we’re back with our first disinfo newsletter of 2020. From the U.S. strike which killed Iranian Major General Qassem Soleimani, to the ongoing fires which have ravaged part of Australia, it has been an eventful year already but today I thought this would be a good opportunity to write about elections in Taiwan.

While legislature and presidential elections took place yesterday, I thought it was important to write about how disinformation has cast a shadow over proceedings.

Yesterday, the people of Taiwan had to decide between two main presidential candidates, the incumbent Tsai Ing-Wen of the Democratic Progressive party (DPP) and Han Kuo-Yu of the opposition Kuomintang party (KMT), who supports stronger relations with mainland China.

As we’ve seen in elections elsewhere, the lead-up to polling day Taiwan was rife with disinformation campaigns. Social media platforms have teamed up with the authorities and civil society groups to counter malicious online efforts and raise awareness among the population.

Independent fact check centers like Taiwan Factcheck Centre and DoubleThink Labs have also played a key role in identifying and curbing false information online, that is most frequently pro-Chinese, smears the DPP’s Tsai and often taps into polarizing issues.

Like that of LGBTQ rights. While Taiwan was the first country in Asia to legalize same-sex marriage last year, the runup to elections has seen chat apps and social media flooded with homophobic falsehoods against the DPP.

One popular post on Taiwan’s dominant chat app Line, and on Facebook said that the DPP spent $980,000 organizing this year’s Pride parade in Taipei. “Do you want your kids to be like this? Is this how you will cast your vote?” the post asked. The claim was debunked by fact checkers.

How many of these disinfo campaigns are from China?

“There certainly are signs of coordination on the Taiwan side, and in several instances disinformation in Taiwan has dovetailed with disinformation by China, for example, the Taiwan Affairs Office,” J. Michael Cole told me, via email. Cole is a Taipei-based senior fellow with the Global Taiwan Institute in Washington D.C, and has been closely observing the election.

“Several content farms have been set up by China, while others have been launched by Taiwanese businessmen with ties to China; many of them have attended cross-Strait media forums, in Beijing and Xiamen, where they were told it was their responsibility to promote “peaceful unification,” as well as the “one country, two systems” formula,” he wrote.

“Dozens upon dozens of Facebook fan pages and groups have also been replicating and spreading Chinese disinformation, and here too there are signs suggesting some level of coordination, if not automation.”

However drawing a clear line to Beijing is hard, said Puma Shen, DoubleThink Labs’ director in an interview with New Bloom Magazine this week.

Shen said that since social media platforms have started to crack down on disinformation, disinfo warriors have moved to closed chats and YouTube videos that are shared in large closed groups, making the content harder to track down and eliminate. Shen said disinformation on YouTube has been a prominent challenge during the election period.

Shen also noted that it’s not hard for Taiwanese to distinguish Chinese people on screen or in writing so these Chinese or pro-Chinese disinfo campaigners have recruited Taiwanese people to convey their message.

What does Beijing want?

According to Cole, while disinformation campaigns have intensified during the election, they have been a feature since 2016 when Tsai assumed the presidency.

“They are part of a continuous assault on Taiwan by the CCP to erode its institutions, weaken the quality of and support for democracy, further polarize its society and thereby create an environment that is conducive to Beijing’s objective—unification.”

Taiwan marks one frontline of China’s authoritarian assault on the liberal-democratic order—the other is Hong Kong, which has been rocked by anti-government protests for eight months.

“A Beijing win over Taiwan, or a severe blow to its democracy, would embolden Beijing, which will not stop at Taiwan,” said Cole.

“So Taiwan is part of a larger contest; Taiwan is also a source of admiration and emulation within a region where democratic ideals often are observed in the breach. Knocking it off as a key player in democracy promotion would make it easier for Beijing to shape the environment in the Indo Pacific in its favor.”

There is some irony in the fact that Beijing-supported disinfo warriors are taking advantage of Taiwan’s freedom of speech laws to undermine the island’s democracy. Yet when their falsehoods are brought to light, they denounce the government as intolerant to dissent.

This was certainly the case last week when the Taiwanese legislature passed the DPP-backed Anti-Infiltration Bill, which seeks to impede Chinese influence in Taiwanese politics.

The bill that allows sentences of five years in prison or a fine equal to $330,600 for actions like election influence and political contributions originating outside Taiwan.

In a separate incident, KMT supporters accused Facebook of cooperating with the DPP when malicious groups and fake users were removed from the platform earlier this year.

Why you should care

J. Michel Cole believes Taiwan’s experience with China can be beneficial to the island’s allies, such as the U.S.

As Taiwan is a key regional partner of the U.S., “whatever threatens Taiwan’s ability to retain its freedoms and sovereignty risks compromising U.S. interests in the region,” he told me.

“Disinformation is one of the many tools at the disposal of authoritarian revisionists. I would add, as well, that as the U.S. itself struggles to address the problem of disinformation, it stands to gain from having as many partners as possible who are also looking for ways to deal with this.”

We launched an amazing project this week:

Before the Chinese Communist Party built concentration camps to detain around one million Uyghurs and other minorities, there were the Soviet gulags, forced labor camps that imprisoned or exiled over 28 million people from 1918 to 1987.

Coda Story’s Katia Patin worked with a number of talented producers and artists to track down survivors of the camps. Their experiences shed light on some of the darkest chapters in Russia’s past. It’s a fascinating watch.

Or if there’s an upcoming election near you, for that matter, Newsy’s reporting is a must watch.

Learn how The Foreign Policy Research Institute in Philadelphia recruited research interns straight out of college to read and analyze foreign disinformation threats ahead of the 2020 presidential elections. It’s a practice that could be expanded across the world.