Just two hours before the long-delayed Chinese historical drama “A Love Never Lost” was set to premiere on July 18, it was pulled and replaced with a rerun of a 2020 “poverty alleviation drama.”

The showrunners blamed technical issues, but Weibo users weren’t convinced, as China Digital Times recently reported. They suspected that the actual reason was “historical nihilism,” which broadly refers to any versions of Chinese history that conflict with the state’s more selective narrative. The show’s male protagonist, Liang Xiang, is based on the Manchu nobleman Liangbi, who led the effort to quash the 1911 Wuchang Uprising. That uprising eventually sparked the Xinhai Revolution, which led to the fall of the Qing Dynasty.

That narrative was likely a problem for the government. To the Chinese Communist Party, the Xinhai Revolution is celebrated as having “ignited hope for a revitalized China.”

Last year, Chinese president Xi Jinping stressed the need for Chinese Communist Party members to know their tradition and history, to reprioritize their ideological education, in order to effectively carry forward the revolution. He spoke out against historical nihilism as dangerous, a theme he has expounded on since he came to power a decade ago.

Two months before the centenary celebrations in July last year, the Chinese authorities admitted to deleting more than two million posts on social media that a party spokesman described as having “polluted” the conversation. The offending posts, he said, were “disseminating historical nihilism.”

China must “dare to brandish the sword, dare to fight, and have the strength to refute historical nihilism and other wrong ideas and viewpoints,” wrote Zhuang Rongwen, the director of the all-powerful Cyberspace Administration of China (CAC), in an April essay about strengthening the Chinese Communist Party’s (CCP) control of the internet.

Chinese social media giants responded in swift succession. As China Digital Times reported, Douban, Douyin, Toutiao and Weibo all announced their own campaigns against “historical nihilism,” including encouraging users to report posts that conflicted with the CCP’s preferred narratives.

This development underscores the CCP’s binary view of history as both a valuable resource and a threat, argues Katie Stallard, an editor at the New Statesman magazine and author of “Dancing on Bones: History and Power in China, Russia, and North Korea,” published in April.

It just comes down to which version of history we’re dealing with — and who’s in control.

The crucial endpoint of that story is the rise of the CCP and how they present themselves as rallying the people to fight back and defeat Japan at the end of World War II. “It’s critical to the story the Communist Party tells about itself and why it must be in power,” Stallard explains. “And so it needs to keep that under quite tight control. There are elements of truth in it, absolutely. But it’s a very selective version of history.”

Opposing the state’s version of history can have serious consequences. For instance, in May former journalist Luo Chanping was sentenced to seven months in prison for a social media post that questioned the wisdom of China’s military strategy during the Korean War and joked about soldiers who froze to death.

But these consequences, as with the consequences to breaking many other rules in China, are enforced erratically. Jeremiah Jenne, a historian and writer based in Beijing, told me that in China “there are so many different ways to get in trouble. And most of the time, none of those ways will get you in trouble. Until that one time when they decide that you are in trouble.”

The Chinese embassy in Washington, D.C. did not respond to Coda Story’s request for comment on the concept of historical nihilism.

Stallard said the CCP believes a key component of national security is control over the ideological environment, and that includes history. “They formally classified [historical nihilism] as a tactic that China’s enemies are using to undermine the country and the Communist Party’s rule.”

To the CCP, controlling history is important for survival, says Angeli Datt, a China analyst at Freedom House. Document No. 9 — a high-level, internal CCP memo from 2013 — made the paranoid assertion that the “goal of historical nihilism, in the guise of ‘reassessing history,’ is to distort Party history and the history of New China.”

But Datt thinks the CCP is blowing the significance of historical nihilism out of proportion. “These things aren’t going to topple the government. For a party with the size and the power of the CCP, to be afraid of that shows a level of deep insecurity,” she said.

Jenne, the Beijing-based writer, agrees. “They talk a lot about cultural self-confidence, political self-confidence, but maybe a little bit of that is like the affirmation on the sticky note on the mirror in the morning, like, ‘We are the ruling party. The military works for us. All is well.’ But sometimes you don’t always believe your own affirmations,” he told me.

It’s difficult to determine what Chinese citizens genuinely believe about Chinese history, Stallard said. But to a certain extent, it doesn’t actually matter, since deference to the party narrative functions as a litmus test.

“Xi is taking history very seriously,” Stallard said. “So you need to show that you do, too.” But whose history and whose narrative is a question Chinese people continue to ask, at the risk of being silenced. 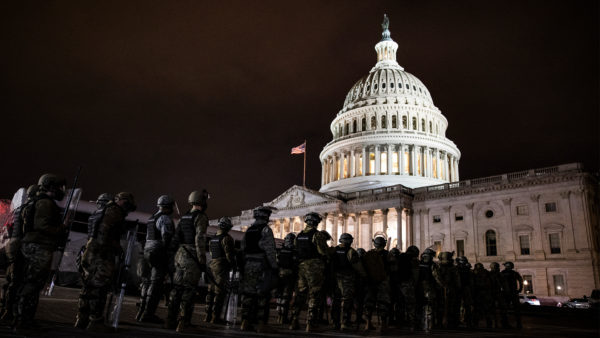