After graduating from journalism school nearly 18 years ago, Sari worked as a reporter, editor and translator in the Turkish media, then, after the newspaper where she worked was closed down by the government in 2016, as a fixer for foreign media in Turkey. Sari left Turkey and settled in Germany. Her reporting mainly focuses on diplomacy, human rights and media freedom. She has an MA in International Relations. 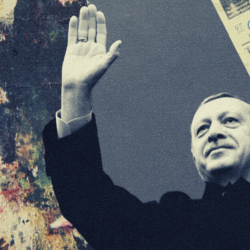