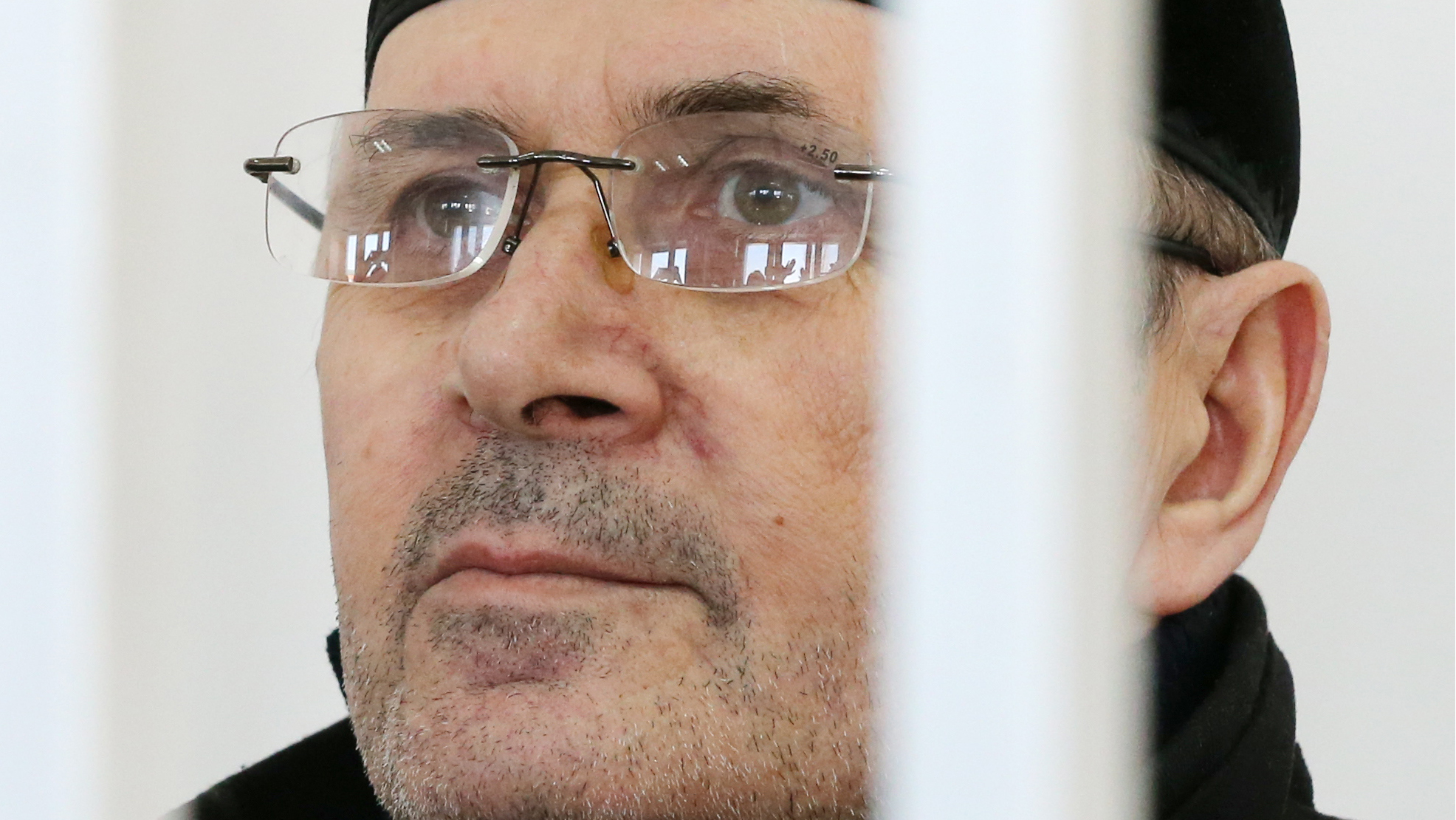 How the last Chechen rights activist was silenced

In a crowded and stuffy courtroom on the outskirts of the Chechen capital, a judge on Monday declared a new victory in the war on drugs by sentencing a 61-year-old man to four years of hard labor for illegal possession of marijuana.

In reality, human rights workers say, authorities delivered the final blow in a bitter campaign by Chechen leader Ramzan Kadyrov to delegitimize and silence government critic Oyub Titiev, the activist who was one of the last people in his homeland brave enough to document abuses of power, extrajudicial killings and torture.

Titiev, the head of Russian rights group Memorial’s Chechen office, says he is innocent of any crime, and says his conviction was based on fabricated evidence.“You don’t need a law degree to see the absurdity of this case,” he said in his closing statement last week.

The tactics against Titiev are part of a longstanding Russian playbook to deploy active disinformation campaigns as well as questionable legal proceedings against government critics, especially human rights workers. In Chechnya, which has suffered through two brutal wars, waves of intimidation by regional authorities against human rights activists and government critics have been particularly terrifying.

Titiev and his Russian rights activists say that this jail sentence carries more grave consequences than his loss of freedom: it could signal the end of any independent rights group in Chechnya.

“These court proceedings are nothing more than a circus!” said Svetlana Gannushkina, a prominent Russian human rights leader who attended Titiev’s final court hearing. ”Kadyrov’s goal is to silence the last opposing voices to his inhuman regime, and ruin Titiev’s reputation.”

Titiev started working for Memorial after the 2009 kidnap and murder of his predecessor Natalia Estemirova. Her killers were never found.

Estemirova’s death was part of a broad crackdown against dissidents and activists under Kadyrov’s tenure. In January 2017, local authorities arrested dozens of homosexuals in Chechnya and killed 27. Journalists like Anna Politkovskaya from Novaya Gazeta have also been killed when investigating abuses in Chechnya, and the Russian newspaper has come under attack by Chechen authorities for its ongoing critical coverage.

Human rights workers and Titiev’s friends say that Titiev’s strong reputation in Chechen society for a long time made the authorities more wary of attacking him directly.

Titiev spent years helping rebuild medical clinics and schools across Chechnya’s mountain villages that had been destroyed by the wars. He was also known to provide pro bono legal assistance to families searching for murdered relatives. Titiev pushed for authorities to investigate kidnappings, acts of torture and killings reportedly perpetrated by Chechen security agencies. He also called for inquiries into war crimes perpetrated during both Chechen wars.

Then, the gloves came off early last year.

Titiev was arrested in January 2018 after local police stopped his car during his daily commute from his village of Kurchaloi to Memorial’s office in Grozny, the Chechen capital. Hours later, after Titiev refused to succumb to police pressure to confess to drug charges, police announced the discovery of marijuana in his car.

Immediately, news of the arrest and the charges were splashed over local television. Soon afterward, Kadyrov himself went on air and denounced Titiev as a drug addict, without offering any proof.

Kadyrov then followed up with an impassioned denunciation of human rights activists. “They have no clan, no nation, no religion,” he said on the local television channel “Grozny.” “They should know that in our republic their work will be stopped.”

Anna Dobrovolskaya, who works for Memorial in Russia, says the accusation of drug use is particularly sensitive in Chechnya, a conservative society where people take offense to perceived immoral activities.

“To place narcotics on him is what can hurt his trust the most in a Muslim dominated region,” said Dobrovolskaya.

Titiev’s case mirrors the legal troubles of Memorial’s office director in Karelia, Yuri Dmitriev, who also faced a judicial proceedings aimed at silencing him and ruining his reputation, she said.

The 62-year-old Dmitriev was arrested and being tried on the charge of sexually abusing his adopted daughter, after being acquitted on child pornography charges that also involved his daughter. He says the charges are politically motivated and untrue.

”It is a common tactic, a concentrated effort to discredit both Titiev and Dmitriev. The state applies the methods that can hurt the most in the area where the activists are working,” Dobrovolskaya said.

Despite a year-long pre-trial detention and vociferous media campaign against him, the effort to blacken Titiev’s reputation has had mixed results.

In Shali, where Titiev’s court case was held, several local residents said they did not believe the charges against him. Titiev is a former physical education teacher who is known for his pious lifestyle and abstention from drugs and alcohol. ”Nobody here believes that he is guilty,” said an elderly woman in a local café who asked to remain anonymous for fear of retribution.

But the larger goal of silencing dissent may prove more successful.

While he serves his four-year sentence, it’s unclear who will take over Titiev’s work documenting alleged crimes by the Chechen authorities.

Kadyrov has said that all human rights activists will be denied access to Chechnya once Titiev’s trial ended.