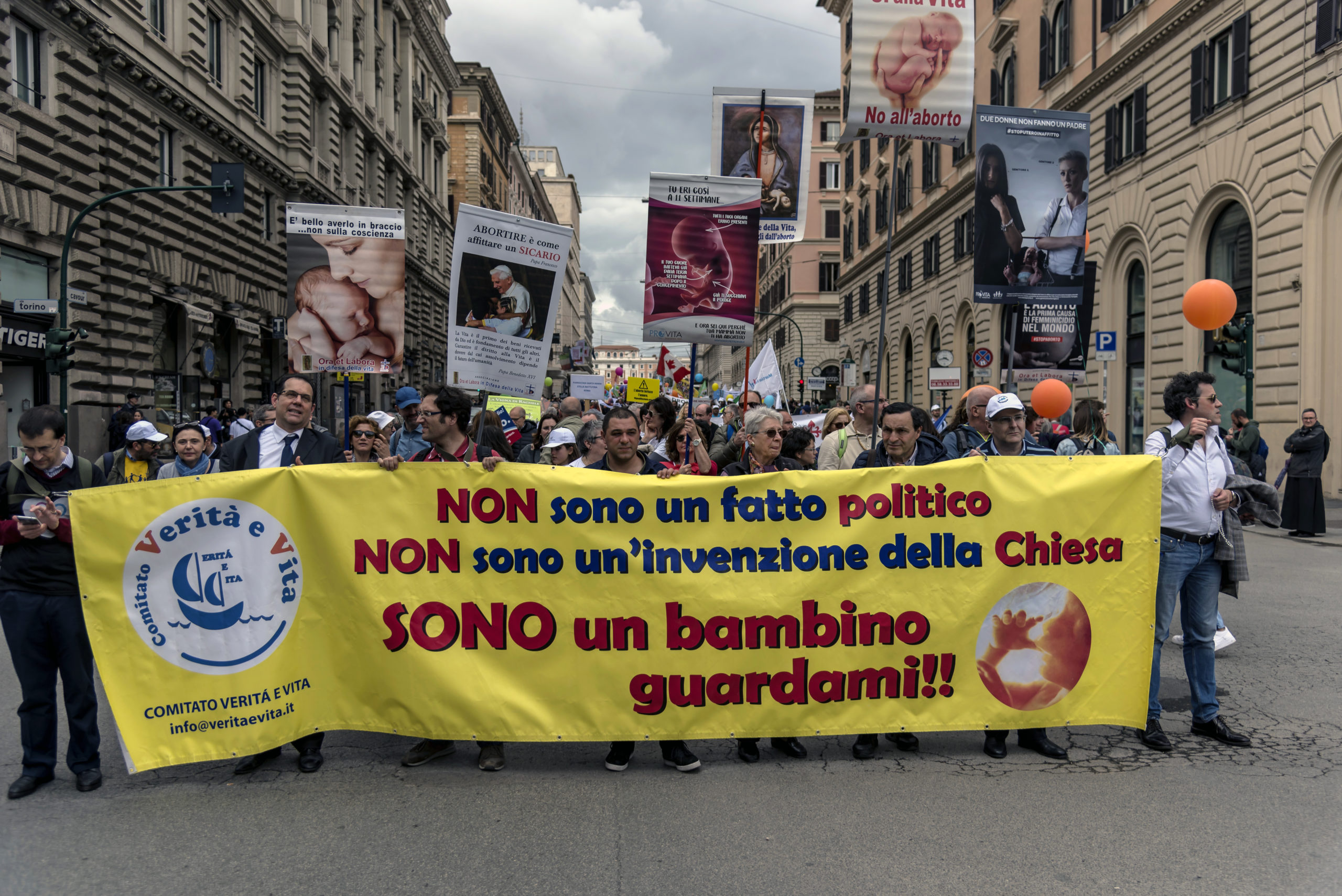 In August, Rachel Sherman reported on how abortion rights have been threatened around the world during the Covid-19 pandemic. Now, the rejection of a prominent U.S. right-wing pundit by his followers is shedding light on how a mix of anti-abortion politics and Trumpism has fueled a revolt in the conservative media.

In 1999, Matt Drudge was a rising star on the American right. With his eponymous web publication, the Drudge Report, he had pioneered a new form of aggregative political journalism. Still basking in the fame he had won by breaking the Monica Lewinsky scandal the year before, he got into an ugly public dispute with Fox News, to which he was a regular contributor.

After he notified the TV channel of his intention to broadcast a photograph of a fetus undergoing surgery as evidence for his criticism of late-term abortions — a completely different procedure — the network forbade its use. Enraged, Drudge canceled his appearance and published a headline on the Drudge Report that read “I WILL NOT BE CENSORED!”

But that was 20 years ago. Since then, the conservative media landscape that Drudge helped to create has shifted so far under his feet that Fox News’ most prominent anchor recently denounced him as “firmly a man of the progressive left.” And now, a group of anti-abortion activists has launched a publication modeled on the Drudge Report, but aimed at those “tired of” its “leftward tilt.”

The Drudge Report’s influence on the American right has been waning for years. However, the source of conservative pundits’ current anger at the publication largely stems from Drudge’s increasing willingness in the last year to criticize Donald Trump, to whom he gave largely favorable coverage during the 2016 presidential race.

The new publication is almost identical to the Drudge Report in style and appearance. The Volontè Report is a project of the International Organization for the Family, a socially conservative non-profit group. The new publication takes its name from its editor Luca Volontè, an Italian politician best known for a money laundering scandal in which, as a member of the Council of Europe, he received €2.4 million from Azerbaijani officials.

The Volontè Report is not even the first attempt at usurping Drudge. In December, the failed Republican congressional candidate Dan Bongino launched his own Bongino Report in response to Drudge’s perceived leftward shift.

“The market structure of digital publishing skews toward delivering ideological control over fact-based information,” said Gabriel Kahn, a professor of journalism and the co-director of the Media Economics and Entrepreneurship program at University of Southern California.

With the rise of platforms like Facebook, writing that strikes an emotional chord gets more clicks and shares, and hyper-partisan content feeds emotion. “Then it only makes sense that publications respond to that signal and produce highly emotional news,” said Kahn. That’s what the Volontè Report seems to be doing with sensationalist anti-abortion headlines.