In a mini-warehouse in the Stockholm neighborhood of Skarpnäck, a district with a reputation for outsider politics, is the office of a man on a mission.

Surrounded by dictionaries and reference books in Swedish and Russian, Stefan Lindgren, a translator in his late sixties, is one of a small but vocal band of Swedes who think that Swedish mainstream media has misrepresented Russia as a foe rather than a friend, and want to present an alternative view.

“If you look at developments in Russia, it by and large meets the criteria we would have for a democracy — they have elections, anyone can form a political party, and they have a media that is actually more pluralistic than our own here in Sweden,” Lindgren claimed during a recent interview.

That means, he argued, that “the same old anti-Russian propaganda” no longer makes sense.

An avowed socialist, Lindgren, like others in left-leaning circles, believes that Swedish media’s negative portrayal of Russian domestic and foreign policies is linked to Sweden’s need to justify to the population its partnership with NATO. Opposition to NATO and a commitment to neutrality run strong among Swedes.

The current government is skeptical about joining the alliance, but, with an eye on Russia’s muscle-flexing, last year signed a cooperation agreement that allows NATO operations in and around Sweden in time of war.

It also has reintroduced conscription to respond “to the security change in our neighborhood.”

Nonetheless, Lindgren, who considers himself an expert on Russia, maintains that the establishment has got it all wrong. He has set up a news site which seeks to expose “false” reporting on a range of topics, including about Russia.

He also sits on the board of the Swedish-Russian Friendship Association, a group drawn from the Russian Diaspora and “far left,” who routinely target journalists and academics who cover Russian foreign policy, the non-profit Swedish Institute for International Affairs charged earlier this year.

“In Sweden, it’s like the Soviet Union, with the newspapers DN as Pravda and Svenska Dagbladet as Izvestiya,” Lindgren protested, referring to two of the largest Swedish dailies. “Bearing that in mind, I don’t think we’re in any position to go shouting at Russia.”

Lindgren did not address such a role — or the “systematic trolling” which these journalists and academics supposedly endure — but does not conceal his antipathy for mainstream Swedish media coverage of Russia.

“In Sweden, it’s like the Soviet Union, with the newspapers DN as Pravda and Svenska Dagbladet as Izvestiya,” Lindgren protested, referring to two of the largest Swedish dailies. “Bearing that in mind, I don’t think we’re in any position to go shouting at Russia.”

A common complaint from Sweden’s political fringes is about “åsiktskorridoren,” or “the opinion corridor,” a narrow space for debate in which commonly held views that diverge from establishment opinions are unwelcome and consensus encouraged.

To share their own views, Russia sympathizers don’t count only on leftists. They look also to a string of hardline conservative news sources that have emerged over the past several years since the populist Sweden Democrats, supporters of U.S. President Donald Trump, began to gain elected office. Such outlets routinely reprint Lindgren’s writing, including from his opinion blog.

One of the re-publishers is Fria Tider (Free Times), an online newspaper founded in 2009 with the slogan “Give Swedish media a swift right hook!”

With a strongly anti-EU line, it publishes op-eds by libertarians and members of the anti-immigration, isolationist right, peppered with news stories refuting mainstream reporting on crime and corruption, among other topics. Two of its favorite targets are the publicly funded TV channel SVT and Radio Sweden.

Lindgren’s latest contribution to Fria Tider, from last September, focused on “debunking” a series of media claims about the presence of Russian ground troops in Syria and the risks of Russia’s Nordstream gas pipeline in the Baltic Sea.

Nothing suggests that Fria Tider, which is registered in Estonia, is controlled by Russia. But its view of Sweden is one the Kremlin would happily endorse.

It routinely promotes content from sites such as the radical right-wing Breitbart News Network, formerly run by chief Trump strategist Stephen K. Bannon, that have a taste for cultural nationalism, media-bashing and sensationalist crime stats.

It actively promoted content from the Kremlin-financed news site Sputnik until 2016, when Sputnik dropped its Swedish-language coverage. (Sputnik, however, still uses Fria Tider as a source for Swedish news.)

What effect, if any, outlets like Fria Tider can have on Swedish voters is not clear. But its coverage could prove of increasing interest as Sweden approaches its 2018 general election.

In January, the security services announced an operation to prevent Russian disinformation from affecting the election’s outcome. Security analysts have identified the Sweden Democrats as among the likely potential beneficiaries of any such manipulation.

Lindgren maintains, though, that even the Sweden Democrats, once positive about Putin, have begun to toe the line on Russia since entering parliament in 2010.

Others are not so sure.

Last fall, a public debate erupted over the government’s vulnerability to Russian intelligence operations after a Russia-born parliamentary aide for the Sweden Democrats was reported to have been involved in a property deal with a Russian businessman reportedly married to a Russian tax official.

Fearing a potential security risk, Defense Minister Peter Hultqvist asked the party to review the transaction, media reported. The episode, and the aide’s practice of writing op-eds under pseudonyms, also prompted the press to raise larger questions about parliamentary security.

Claiming that he had been smeared by the media, the aide eventually left his post. He denies any wrongdoing, insists that he opposes Russian President Vladimir Putin, and has remained in Sweden, running a “whistleblowing” blog.

Yet the right wing is not the only cause for controversy over alleged disinformation about Russia, according to the Swedish Institute for International Affairs. It also pointed the finger at the left-wing Aftonbladet.

The report unleashed a war of words between different branches of the media, with the national tabloid Expressen publishing a list of alleged Kremlin sympathizers.

Martin Aagård, one of the Aftonbladet culture journalists identified as pro-Russian, hit back.

“I don’t think this is an evil conspiracy. I think it is a question of sheer incompetence, and a substantial misunderstanding of journalism,” he wrote in a January 9 response in Aftonbladet to the accusations. “Whatever the cause, this witch-hunt has to stop now.”

Last July, Aagård authored an article called “The Invasion That Never Happened” about how Swedish media snap up reports about alleged Russian aggression and preparation for attacks on Sweden. He had also written about extreme Ukrainian nationalists, but said that highlighting such individuals merely reflected a commitment to pluralism.

Aftonbladet, however, now senses the need to add disclaimers that qualify all its culture reporters’ articles as “opinion content.”

Lindgren and his fellow Russophiles, though, have no issue with traditional media’s concerns about legitimacy and trustworthiness.

“We need people who know more about Russia,” Lindgren said, “and, over time, those people will change [their] opinion maybe, and make it harder to isolate Russia in the future.” 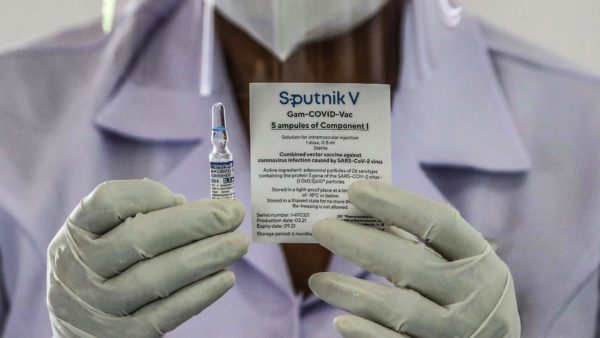 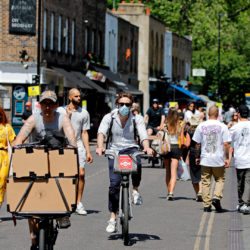 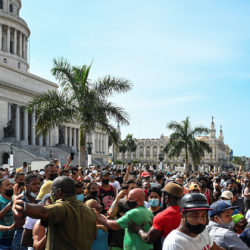 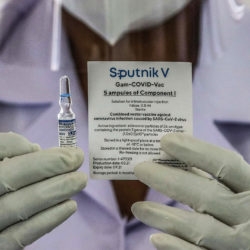 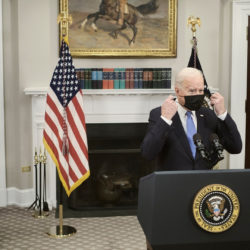