Pavel Lobkov never meant to be a hero.

The 48 year-old was one of Russia’s best-known TV interviewers. He was a star anchor at the most-viewed channel, NTV, for almost two decades. In 2012 he joined Dozhd (Rain) TV, one of Russia’s few remaining independent news outlets.

Last November, Lobkov was having a drink with a friend, when a producer from one of the channel’s programs called, asking him to participate in the evening talk show Hard Day’s Night.

The show was exploring how doctors should break the news about a positive HIV status to their patients, the producer said. The on-air discussion would close off an entire day of broadcast devoted to HIV in honor of World AIDS Day.

The unprecedented coverage reflected a dawning awareness that Russia was in the throes of an HIV crisis. In October, Prime Minister Medvedev acknowledged for the first time Russia is facing an HIV epidemic. The number of people infected with HIV in Russia was predicted to reach one million by the end of the year.

The producer told Lobkov that Vadim Pokrovsky, the head of the Federal Aids Center, would be appearing on the show. Lobkov agreed to participate, but for the first time in his career, he had no idea how he would handle the appearance. Unknown to the producer and to most people in Lobkov’s life, the topic was an intensely personal one for him. 12 years ago he had been diagnosed with HIV, and Pokrovsky had been the first doctor to treat him.

Lobkov had never wanted to take a public position on his personal life. “A public coming out for a gay makes sense if there is a concrete personal, legal issue, concerning family or property,” he explained to me when we met for coffee a few weeks after the show was broadcast. A surprisingly low-key personality, he seemed uncomfortable talking about the topic even in a Moscow cafe.

On that November night, Lobkov and his friend got through half a liter of vodka as he wrestled with what he described as “a hardcore choice.”

In the end, a sense of responsibility to other HIV positive people prevailed, as well as a reluctance to be dishonest. “I realized I could not just sit on the show and pretend I did not have any personal experience, did not know my doctor,” he said.

The next day, Lobkov came to Dozhd prepared to carry out his decision. He avoided any discussion about the broadcast before filming started so that “nobody would talk me out of it”.

Coming out as HIV positive in Russia today is comparable to what it was like in the U.S. in the late 1990s. It is widely perceived as a self-inflicted death sentence for drug addicts and prostitutes. Lobkov’s mother, a retired pensioner in St. Petersburg, feared that red crosses or the slogan “AIDS lives here” would appear on her door if her son’s status was made public.

The prejudice is largely fed by ignorance, a consequence of inadequate funding for public awareness campaigns and a lack of compulsory school sex education programs that discuss the disease.

In the absence of widely understood facts, conspiracy theories have shaped the discourse on AIDS. As recently as 2010 primetime Channel One TV anchor Alexander Gordon claimed that the disease was invented by Western doctors to extract money from patients. Groups denying the existence of the disease, sometimes calling themselves “HIV dissidents,” have a strong presence in online chat rooms and parent forums. A government-funded research institute published a paper in late 2015 arguing that Western organizations bent on weakening Russia from the inside posed as HIV programs.

This was environment Lobkov faced when he walked into the studio on December 1, prepared to become the first public figure to ever admit to having the disease on Russian television.

The discussion began, and cameras zoomed in on Lobkov when he talked. Without changing his professional tone, Lobkov turned to Pokrovsky. “Vadim Valentinovich is not just a guest at our program, but my first doctor,” he said. “You were the one who I came to with my trouble in 2003.”

His voice became increasingly emotional as he told the story of his diagnosis. The doctor that broke the news to him, before he came to Pokrovsky for treatment, had not been tactful. In that first consultation, he noticed that the cover page of his medical record was struck through with a red marker. There were three red letters in the corner of the page: “HIV.” All the doctor would say was that he would no longer be admitted at the clinic, and would have to use a specialized facility for HIV positive patients. “‘All the best. Goodbye’. That’s what I was told at the clinic,” Lobkov recalled angrily.

The clinic that treated him like this, he said, was run by the president’s office. Lobkov forcefully stressed the connection with Vladimir Putin’s administration each time he referenced the poor care or discrimination he faced.

Disclosing a patient’s HIV positive status, Pokrovsky jumped in, is an art form; a key moment. If mishandled, the appointment may be the last time a HIV positive person even sees their doctor. Less than a quarter of registered HIV positive people are on medication. There are many reasons for this, but reluctance to seek treatment because of the stigma attached to the disease undoubtedly plays a role.

Even those who do return to the clinic may not find the right drugs available. While medication is paid for by the Russian government, people in smaller towns face unexpected drug shortages because of the sprawling bureaucracy of the ordering system.

Lobkov is clearly uncomfortable with the overwhelming response to his disclosure. “More popularity, public attention was the last thing I was seeking,” he said.

His decision to speak out represents a small but significant blow against the forces of prejudice and ignorance. Anton Krasovsky, a journalist and campaigner trying to get Russian authorities to increase the budget for federal AIDS centers said that Lobkov’s brave TV performance “touched” many state officials, making a legislative breakthrough in 2016 more likely. “Pavel’s coming out helps tens of thousands of people living with HIV overcome their own fear”, he said.

Dozhd draws a small, dedicated liberal audience, however. On December 1, 2015, most Russians were watching state TV programs which presented the disease to a soundtrack of frightening music. Infection rates continue to climb. According to Vadim Pokrovsky, they are set to double in the next two to four years. Two million Russians will be HIV positive. 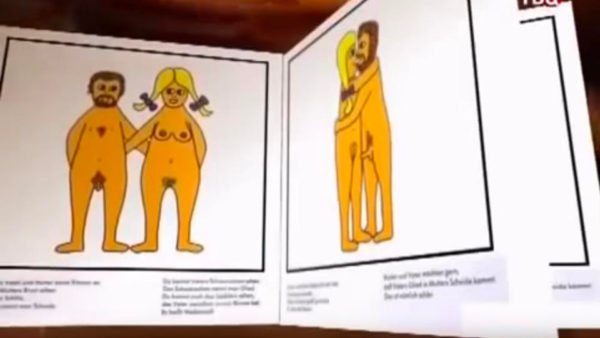 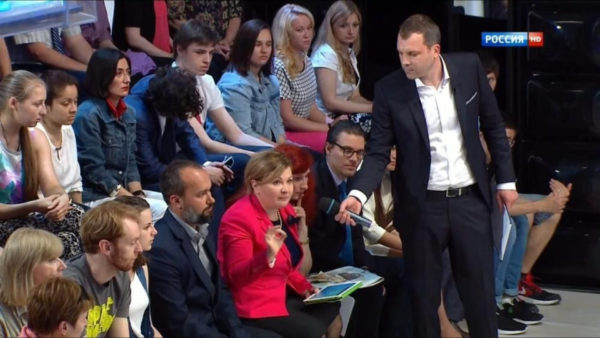