Migrants at Berlin Refugee Shelter Shaken Up by Police Raid

Deadly terrorism in the heart of Berlin casts suspicion on refugees

Police raided Berlin’s largest refugee center at Tempelhof Airport at 4 a.m. on December 20, looking for the driver who just eight hours earlier barreled a truck through a crowded Christmas market in the center of Berlin, killing 12 people and wounding 48.

The incident in the heart of West Berlin was Germany’s deadliest terrorist attack since the country’s reunification, and it has deeply unsettled a city widely viewed as an exceptionally welcoming and tolerant destination for migrants seeking safety in Europe. In the U.S., Donald J. Trump said that the incident affirmed his campaign promises to exclude visitors to the U.S. from certain countries.

“President-elect Trump has been clear that we will suspend admission of those from countries with high terrorism rates and apply a strict vetting procedure for those seeking entry in order to protect American lives,” said Jason Miller, the communications director for the presidential transition team, speaking to reporters on Wednesday in Florida.

Anas Hussein, a 27-year-old refugee from Iraq who lives at the shelter, was watching a movie on his phone when suddenly all the lights inside the 52-foot-high hangar turned off. He heard dozens of feet marching loudly into the hangar.

“I was immediately reminded of American special forces in Iraq and suddenly grew really nervous,” he said.

Hussein said that police surrounded the hangar and came inside asking refugees for their ID cards. The raid came just days after a forced collective deportation of around 50 refugees from Frankfurt Airport and Hussein said that he and his Afghan neighbors had feared that the police had come to deport them.

Another refugee from Afghanistan, Parwiz Shefizade, 26, said that the noise from the police woke him up. “I wanted to go outside to see what was going on but they told us we had to stay in our rooms so that the police could check everybody,” said Shefizade.

The police questioned several refugees and took custody of a 23-year-old asylum seeker, Naved B. from Pakistan for further investigation. The news that Naved B. was detained quickly spread in the shelter. Shefizade said, “I was really upset. They come here and take some guy and this is really shameful for us. We hope it [the attacker] is not a refugee.”

After the police took Naved B. away, Shefizade stayed inside the hangar for the rest of the day. “How I go outside and how I look to the people if the refugee do like this,” Shefizade said. Shefizade fled Afghanistan’s Baghlan province and came to Germany to seek safety from Taliban violence. “I’m also afraid because we run away too far from this terrorism there and now it’s also happening here. It’s really horrible for the refugees.”

Hussain also stayed at the hangar that day. “I was afraid that if they [the police] start to suspect an Iraqi or Syrian maybe they’ll suspect me.” Hussein fled years of war in Iraq and to seek safety in Germany. The day after the raid, he went to the square where the attack occurred to offer candles and flowers to the victims and their families. “We show the people your sad is our sad.”

The suspect Navid B. was released the same day. Police said that they found no evidence against him.

ISIS has claimed responsibility for the attack though their claim hasn’t been confirmed. Police now suspect a Tunisian asylum-seeker identified as Anis Amri who has yet to be found.

“I hope the police can find him and that the law decides about this man,” Shefizade said. “I hope they can stop these guys not just here, but all over the world.”

This story was produced with support from Robert Bosch Stiftung. 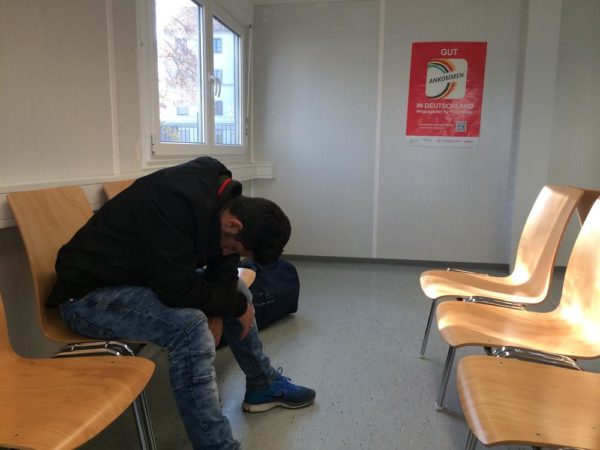 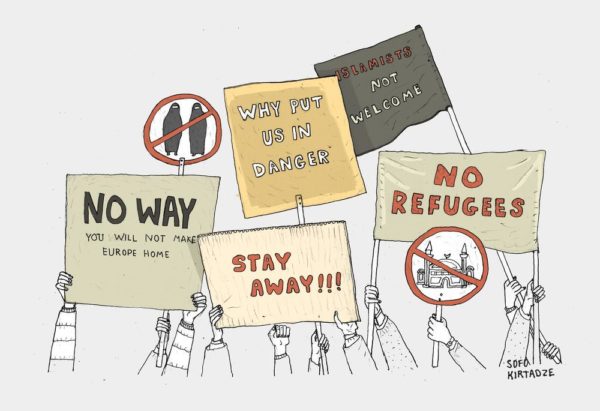