As politicians and voters wrestle with the aftermath of EU elections which saw the highest turnout for 20 years, one story has attracted little attention in the last few days.

The report says an EU expert group first met last year in response to the spread of fake news and disinformation during the Brexit referendum and the U.S. election of President Donald Trump. The group was tasked with helping prevent the spread of similarly misleading content during important moments such as last week’s EU elections. The end result was the EU Code of Practice on Disinformation, announced last September as a pivotal moment marking the first time that digital platforms had agreed to self-regulate online content.

Now, some of the experts on the group, who spoke with Investigate Europe, say that representatives of Facebook and Google undermined their work: the platforms opposed proposals that would have forced them to be more transparent about their business models. The report also says funding relationships between the tech companies and experts on the panel may have helped dilute the code.

According to one member of the group, Monique Goyens, director-general of The European Consumer Association, a critical moment was reached when she and other experts suggested examining whether EU rules on commercial competition could have a role in limiting fake news. She says that Facebook’s chief lobbyist, Richard Allan, another member of the group, said to her: “We are happy to make our contribution, but if you go in that direction, we will be controversial.”

An anonymous source also added that Allan later said Facebook would stop its support for journalistic and academic projects.

According to Columbia Journalism Review, Facebook and Google either provided or promised a total of $600 million in funding for journalism related projects between 2017 and early 2018.

You can read a CJR analysis here. 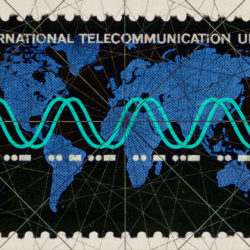