A Dutch-led criminal investigation has concluded that the Buk missile that brought down Malaysian Airlines flight MH17 over eastern Ukraine in 2014 was provided by an official Russian military anti-aircraft unit.

All 298 passengers and crew died when the plane was hit by the missile and exploded mid-air while at cruising altitude, and compelling evidence soon emerged pointing to Russian involvement.

Moscow denied any role, and reacted with a stream of disinformation and alternative theories about the incident. The Joint Investigative Team (JIT) has rejected all these theories, including a claim that America’s CIA had filled the aircraft with bodies and then deliberately blew it up over eastern Ukraine in an attempt to discredit Russia.

The Dutch findings match earlier reports by open-source investigators at Bellingcat, which identified the Russian Army’s 53rd anti-aircraft missile brigade as the most likely source for the missile, as well Russian Colonel General Nikolai Tkachyov as a key coordinator.

Tkachyov, who served in eastern Ukraine in 2014 according to the report, said he plans to sue Bellingcat investigators for defamation.

The JIT announced in previous reports that the missile was shot down from separatist-held territory in the Donetsk region and that the Buk entered the country from Russian soil near Krasnodon. 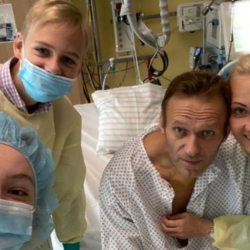