Another US city bans police facial recognition, but it’s an uphill battle

Oakland, California has become the third American city to ban facial recognition. The president of its city council cited “potential abuses of data” and “the invasive nature of the technology” as reasons to do so.

The latest ban, which would also prohibit the police, will be seen as a welcome trend by activists. In the past several months, San Francisco and Somervillle, Massachusetts have also instituted similar bans, a response to rising concerns about the unchecked expansion of police use of the technology. Critics are particularly worried about the inaccuracies in facial recognition software, which studies have shown is worse at recognizing members of ethnic minority groups. (In China, of course, the problem is a little different: Facial recognition is marketed specifically as a way to identify ethnic minorities.)

To encourage these kinds of bans, Fight for the Future, an NGO, has launched a campaign to achieve a U.S.-wide ban on police use of facial recognition.

“There is no amount of regulation, transparency, or oversight that will fix the dangers inherent in widespread face surveillance,” Fight for the Future deputy director Evan Greer wrote in Buzzfeed. “Only a full ban — a federal ban, covering the use of facial recognition by government agencies, in public places, and in public contracts with private entities — can prevent our nightmares from becoming reality.”

To support the campaign, Fight for the Future has created an interactive map displaying efforts to ban or limit facial recognition use across the United States.

Clearly, municipal bans and regulations governing the use of facial recognition systems are gaining some traction in the States. But as a WIRED article suggested earlier this month, the fight against the proliferation of these technologies is an uphill battle. The U.S. Congress, for example, seems hesitant to impose any nationwide limitations on facial recognition.

Across the Atlantic Ocean, the UK’s police forces have also come under fire for their increasing use of facial recognition, and Big Brother Watch has launched a campaign to stop these efforts.

“We’re pleased to see that major cities in the U.S. are taking action against police facial recognition,” said Griff Ferris of Big Brother Watch in a statement to Coda. “And there is now an overwhelming call for a moratorium on the police’s lawless and reckless use of the technology in the UK…We are bringing a legal challenge against the police and the Home Secretary, and…if they don’t take action soon, we’ll see them in court.” 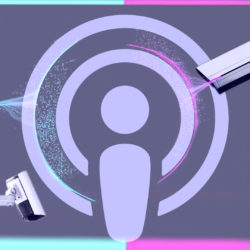