The rise of anti-vax politicians 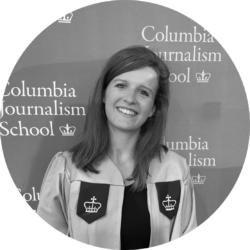 In November, a Turkish lawyer named Haci Ali Ozhan appeared in a YouTube video. Dressed in a suit and tie and with a solemn bearing, he read out the mission of a new political party.

“I am the founder of the Party for Life Without Impositions,” he said. “We have one subject and one purpose.” That goal, he explained, is to oppose any restrictions related to the Covid-19 pandemic.

Ozhan’s policy program is based not only on the belief that vaccine mandates and lockdowns violate human rights and freedoms, but also on a host of conspiracy theories, including that vaccines implant chips in people’s bodies, making them “Wi-Fi controlled slaves.”

The Turkish anti-vax party is the latest in a series of political groups around the world whose rhetoric is grounded in fierce opposition to coronavirus vaccine mandates and restrictions.

In Austria, the People, Freedom, Fundamental Rights party (MFG) is based on a “new corona policy,” which includes the rejection of lockdowns and mask and vaccine mandates.

In Italy, there’s the 3V movement, the name of which is an abbreviation of Vaccini Vogliamo Verità, meaning “We want the truth about vaccines.”

Could anti-vaccine groups in the United States take inspiration from them?

I caught up with Dr. James Colgrove, the author of a book titled “State of Immunity: The Politics of Vaccination in the Twentieth Century,” to hear what he thinks.

Colgrove, who is also a professor at Columbia University’s Mailman School of Public Health in New York,  explained that the political potential of anti-vaccination parties depends on the charisma of their leaders and their ability to capitalize on other pressing issues, beyond the pandemic.

“It’s not just about the vaccine,” he said. “It’s about what a refusal of the vaccine represents: a rejection of so-called elites.”

The Turkish, Austrian and Italian parties all openly oppose the idea of people being controlled by what they believe to be corrupt politicians, influenced by international corporations.

In some Italian cities, the 3V movement, which was created before the pandemic to oppose mandatory vaccination of any kind, doubled its share of votes at recent local elections.

That success has been echoed by the MFG, which claimed 6% of votes in the province of Upper Austria in recent local polls, securing seats in the area’s parliament. In a subsequent radio interview, party leader Micheal Brunner announced plans to run at a national level.

While vaccine skepticism is high in the U.S., the creation of new political parties is unlikely, owing to the country’s entrenched two-party system. However, the subject of Covid-19 vaccines is heavily politicized.

“Opposition to vaccines has always been about freedom and liberty, and there are different conceptions of freedom on different ends of the political spectrum,” said Colgrove.

“Now, it seems that attitudes towards them have become a part of a political identity. Democrats are in favor and Republicans are against.

This idea appears to be borne out by statistics. According to data from the Kaiser Family Foundation, in April 2021, the difference in vaccination rates between counties that skewed Democratic in the 2020 Presidential election and those that favored the Republican Party was 2%. In September, it was 12%.

“Views that are associated with political identity are usually very resistant to change,” Colgrove said. “It’s all about trust. These people don’t trust the government. Unless they find a messenger they trust to convince them, it will be really hard to change their minds.”

The Infodemic warriors of the week hail from New Zealand, where anti-vaxxers and skeptics have taken to the streets, after the government set a goal of vaccinating 90% of the population. At one rally in Wellington, some Māori demonstrators performed the Ka Mate haka, a ceremonial dance, as a show of resistance. But Taku Parai, a senior member of Ngati Toa, the Maori tribe that owns the legal rights to the Ka Mate haka, called on protesters to stop using it to advance their cause. “We do not support their position and we do not want our tupuna [ancestry] or our iwi [people] associated with their messages,” he said. Vaccine misinformation and skepticism is a big issue within the Maori community, with only 60% of Maoris having received a full course of shots, compared to 81% of New Zealand’s overall population.

Vaccine skepticism is also at the top of the agenda in Russia, where the government is planning to introduce a QR code system that will effectively cut off access to all public spaces for unvaccinated people. The problem? A recent investigation (link in Russian) by journalists at Meduza revealed that only 35% of the population have had a full course of shots. “Anti-vax sentiment has become mainstream,” a government insider complained to Meduza, revealing that the government’s plan is to “infiltrate” social media groups to convince people to get vaccinated. It’s a priority for the Kremlin, not only because of the country’s dire infection rates, but also because Covid-19 seems to be affecting the country’s president. In regions across the country, Vladimir Putin’s approval ratings have dropped by between 10 and 30%. Check out our reporting on how the state-affiliated media’s promotion of anti-Western vaccine conspiracies within Russia has backfired.

Singapore has its sights set on becoming a leading tech-utopia. Accordingly, its response to the coronavirus crisis has included a proliferation of tools to monitor and track the population. Think robot dogs enforcing social distancing. But, as Rest of World reports in this deep dive into the country’s heavy-handed approach to the pandemic, such innovations have a dark side — particularly for already marginalized groups. The country wasted no time making the contact tracing app TraceTogether mandatory for migrant workers. While that may sound like a positive step, every time a case of Covid-19 is recorded in the dormitories where many migrant workers live, everyone is required to isolate, which has placed this community in a near-constant state of lockdown.

Tracking the war on science around the world