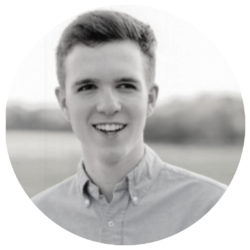 These types of articles — lauding China for bringing clean water to rural Cambodia — are relatively common in Chinese and Cambodian state media alike. Ironically, but unsurprisingly, another similarity is what Chinese and Cambodian state media both leave out: the widespread and serious environmental harm that Chinese development has brought to Cambodia.

Moreover, China is tied to rampant illegal logging, which contributes to deforestation and is also often linked to poaching. Some of these projects have caused Cambodians to lose their land and their livelihoods.

“Many of them have not treated the environment very seriously,” Ian Baird, a geography professor at the University of Wisconsin, Madison, told me about these damaging projects. “They haven’t set up robust systems to mitigate impacts or look for alternative plans that would reduce impacts.”

A spokesperson for the Chinese embassy in Washington, D.C. responded to my questions by saying he was “not aware of the details. “But, he added, “China’s projects in other countries have always focused on environmental protection and sustainable development.”

By focusing on the good, state media are likely looking to distract readers from the bad, Gonzalez-Davidson told me. But this kind of media coverage skews what’s happening on the ground, painting an unduly rosy picture over the grim reality, he added.

Water, the Chinese embassy spokesman said, relentlessly focusing on the good, “is a resource on which people depend for their survival. It is natural that the development of clean water resources benefits people’s livelihood and attracts attention.”

According to Wisconsin professor Baird, the media reports are not “fabrications, but they’re focusing on certain things, and not on other things. And that’s manipulating people’s understanding of what’s going on.”

It’s hard to say whether this is propaganda in the form of a concerted media campaign. Even if it’s not, this overly positive press still underscores the desires of Chinese and Cambodian elites to forge ahead with development at all costs. The Cambodian public largely opposes Chinese development, according to Gonzalez-Davidson, but these elites want to continue lining their pockets — the environment be damned.

The anti-vaccine movement is not going away. A video circulating on Facebook alleges that Pfizer’s CEO wants to halve the world’s population by 2023. But it’s just a doctored clip — the video was manipulated and edited to scramble his words. The original video shows that he wants to reduce the number of people unable to afford Pfizer’s medicines. The ripple effects of anti-vaccine conspiracies like these can be seen everywhere — in New York City, where the polio virus may have spread to hundreds of people, the Health Department is begging people to get vaccinated. Disability rights activist and writer Imani Barbarin put it aptly on Twitter this week: “I just saw a TikTok comment considering having ‘monkey pox parties’ in the same way people have had chickenpox parties and I can’t emphasize enough how the anti vax movement will be the death of us.”

Tobacco companies are aggressively promoting their wares to kids in low and middle income countries. They lure children with targeted marketing at the point of sale — a tactic to get around advertising regulations. They push tobacco on kids using ploys like selling cigarettes near playgrounds and schools, offering incentives to retailers to display them near sweets and place advertisements at kids’ eye level. The research, carried out at Johns Hopkins University, concluded that the ‘Big Four’ Tobacco companies all deploy these marketing strategies with a “ specific intention to attract and addict children and youth.” Existing research is clear: if kids are frequently exposed to tobacco marketing from a young age they are more likely to grow up to smoke in the future. Desperate cancer patients in Myanmar are being exploited by charlatans who promise panaceas with traditional medicine. “This drug can completely cure cancer,” reads an advertisement on social media in the country, claiming cancer patients can be immediately revitalized by two doses of an unproven, “traditional” treatment. Frontier magazine looks at the story of one family who fell for the advertisement and traveled to the clinic, only to become more ill. Bogus cancer cure peddlers are not just a problem in Myanmar – you can find them all over Europe, North America and Mexico. I’ve been tracking them for years – they’re the scourge of every oncologist I speak to. Stay tuned as we’ll be covering the issue in upcoming newsletters.

Lilly Simon, a 33-year-old Brooklynite, has neurofibromatosis type 1, a condition that causes tumors to grow all over her body. She was filmed on the New York City subway without her permission. The video, which claimed Simon had monkeypox, was posted to TikTok where it went viral. She hit back at hysterical TikTok users in a video response – and gave a powerful interview to the New York Times, which we recommend reading.

This newsletter is curated by Coda’s senior reporter Isobel Cockerell. Erica Hellerstein and  Rebekah Robinson contributed to this edition.

Tracking the war on science around the world