Welcome back! We’re tracking the global spread of coronavirus disinformation, and what is being done to combat it.

I try hard to avoid starting the Infodemic newsletter with Donald Trump or Brazil’s Jair Bolsonaro. Often I fail. Today is one of those days.

The post made little sense and it was quickly deleted, though it is still available here.

We’ve developed a high collective tolerance for outlandish statements by populist politicians. But this one did surprise me — mostly because I have heard it before.

We need to make a quick detour to explain how it came about in Russia:

For nearly three years, sex education in Europe’s schools became one of the favorite subjects of Russian state-controlled television stations.

Back in 2016, Coda’s Katia Patin wrote an excellent piece looking into the origins of these myths.

Since then, the aggressive anti-LGBTQ campaign on Russian television had subsided, but the anti-EU and anti-NATO narrative lived on through other stories, blending outright lies with genuine problems to paint a cautionary picture of Europe and America appearing weak and unattractive.

But lies are like viruses. Once out, they stick around. In Russia too, those once shocking myths of Gayropa have simply moved into a realm of generic truths.

Next time I heard it was from the President of Brazil.

Bizarre. But also important: the way the pandemic has given the Kremlin’s dusty lie a new lease of life shows just how potent is the force of the infodemic that accompanies it.

As President Trump suggested Covid-19 was produced in a Wuhan lab, Russia, China and Iran are now uniting around notions about US-funded biolabs in Russia’s backyard and their alleged connection to Covid-19.

If you are curious about how Vladimir Putin weaponized homophobia, I encourage you to explore some of our past coverage.

I hope you have a conspiracy-free weekend and see you on Monday, 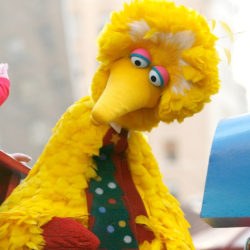