Oligarchy is a weekly newsletter tracking how the super rich are changing the world for the rest of us. Also in this edition: shmummit for shmemocracy

HAVENS ARE ABOUT MORE THAN TAX

Last week, I talked about tax havens, and how they appear spontaneously; in a similar way to how my dog appears spontaneously whenever I sit down to eat. Thinking about it though, I wish there was a term for these places other than “tax haven,” because they are about so much more than tax. The Tax Justice Network calls them “secrecy jurisdictions,” which is good, but that doesn’t go far enough either.

The most successful havens provide all the services that the rich and powerful want, whether that’s shielding them from scrutiny, selling them fine art, helping them evade justice, and more. And in that context, I am fascinated by a legal challenge being brought by Irish Council for Civil Liberties, which reveals a hidden side to Ireland’s highly successful career as a haven for giant U.S. companies looking for a comfortable base in the European Union. Dublin has previously fought off attempts by the European Commission to make it impose higher tax bills on Apple and other large tech companies, but now it appears to be using rather sneakier techniques to stop them having to obey EU rules.

The EU has sought to provide the world’s strongest regulation on tech companies, with its flagship General Data Protection Regulation designed to give individuals control over their own data. The bloc might not have created many tech giants, but at least it could make sure consumers wouldn’t be harmed by anyone else’s. Or at least that was the theory.

There is a flaw, however, which is that enforcement of the GDPR depends on national level regulators. And that means its fate is in the hands of an Irish government that has built an entire generations-long development model on giving U.S. corporations and the tech oligarchs exactly what they want, and resisting pressure from foreigners to make them hand over a penny.

Some of the practices used by tech giants in the European Union are troubling, including this analysis of Google by Norway’s Consumer Council, which suggests it was deceiving consumers into agreeing to being tracked. (Google has said it has updated its approach.) French regulators fined Google 50 million euros, but Ireland has shown much less urgency.

And this is not the only example. Europeans began to notice that complaints brought against tech companies were taking much longer to investigate in Ireland than in other member states, and this is what the IPPR set out to investigate. What it found was worrying, not least because Ireland oversees regulating compliance by Google, Facebook, Apple and Microsoft, all of which have major offices in the country, and that is pretty much everyone that matters.

The group has written to the European Commission complaining about its failure to demand action from the Irish regulators.

It will be fascinating to see the outcome. Haugen is arguing for the EU to have a single central regulator, which she said would help to prevent the kind of issues that she exposed at Facebook (or whatever it’s calling itself these days).

This of course pre-supposes that EU member states want their regulators to be effective, or that they would be prepared to share their right to tax and regulate companies with their fellows even if they did. The EU also has its hands full with challenges to other aspects of its supposedly shared values, not least from Poland and Hungary. However, it’s hard to see how the EU can continue to hold itself up as an exemplar of tech regulation if it allows a member state to willfully refuse to enforce the regulations the union as a whole has agreed.

In the meantime, however, it’s euros-in for the tech companies.

So, Russia and China are totally fine with having not been invited to Joe Biden’s online Summit (Zoomit?) For Democracy next month, as they explained in a joint article last week, because nothing says “we don’t care” better than a 1,000-word rant written in that kind of weird mangled English autocracies used before the world got Google Translate.

Both countries make a strong defense of their democratic-ness, though I personally would have found China’s insistence that its “eight non-Communist parties” proved the plurality of its set-up more convincing if it had just said it has nine political parties. Similarly, Russia’s claim that a referendum last year strengthened its “democratic institutions” only makes sense if you weren’t aware that it rubberstamped Vladimir Putin’s desire to be president until 2036.

I apologize for the extended quotes. I am a connoisseur of this kind of nonsense, and this is a vintage example. The article wound up with some forceful points about how modern history shows that you can’t export democracy militarily, which would have been more relevant if that was what the White House was doing, rather than convening the leaders of several dozen friendly countries for a chat. Some 109 countries are invited, plus the European Union, which likes to pretend to be a country at times like this, plus Taiwan.

Inevitably, journalists started trying to parse the invitation list, to figure out the criteria by which countries had been considered democratic. It is undeniably a little hard. Poland got invited, but Hungary didn’t. Iraq got invited, but Turkey didn’t. Angola got invited, but Mozambique didn’t. Anyway, the brave folks at the Carnegie Institute have tried to impose some logic on it, which concludes that Iraq probably only got invited to prevent Israel being the only Middle Eastern attendee; while Pakistan’s attendance is more about keeping it on team anti-China than anything else. As for Angola, no one appears entirely sure what’s going on there.

Anders Aslund has written an interest analysis of previous attempts to do what the summit supposedly aims to do, and it’s not very hopeful.

If you don’t know the Belarus Free Theatre, you’re in for a treat. They are the inheritors of the legacy of the kind of brave, creative, innovative voices that opposed communism in Eastern Europe during the Cold War. Sadly, because of the difficulties of working in Belarus, their directors are based in London, but they have maintained performances and rehearsals at home as much as possible.

If you are in London on December 10, they are part of the panel discussing the documentary Alone, which will be given a U.K. premiere at the Barbican. Go along.

I am lucky enough to be from the Welsh town of Hay-on-Wye, which is home to the world’s finest books and ideas festival. We have just had the Winter Weekend, which is like a smaller (and colder) version of the summer gathering, and it was awesome to be in a big tent with lots of people once more. I really enjoyed seeing the historian Dan Jones talking about his new book, which compressed the entire millennium between the fall of Rome and the reformation in a single volume.

So, I’m reading that, and I’ve got quite a long way to go, but it’s very enjoyable so far. 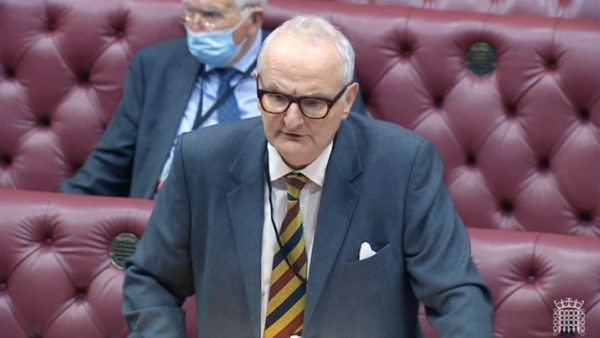 Is it a bird? Is it a plane? No, it’s Lord Agnew
newsletter
Oliver Bullough 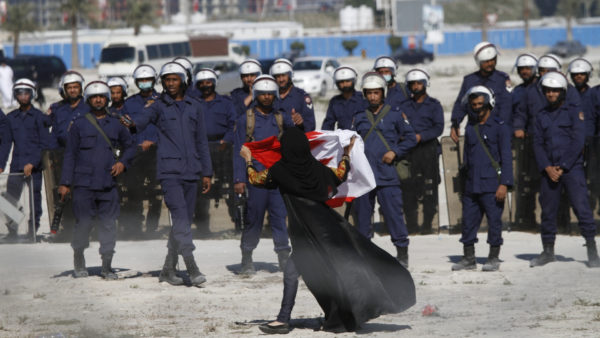