Oligarchy is a weekly newsletter tracking how the super rich are changing the world for the rest of us. Also in this edition: Billionaire behavior expertise

An interesting phenomenon from the last few years has been the growth of specialist billionaire watchers – consultancies that scrutinize the population of the Ultra-High-Net-Worth, in the manner of naturalists observing the migration of wildebeest. They’ve not quite got to the point of affixing satellite trackers to billionaires so they can follow them by the second, but the attention to detail is still pretty wild (all in the service of helping their clients sell more stuff to the kind of people who can afford literally anything).

My personal favorite among these consultancies is Wealth-X (for no particular reason, except that its reports are easily accessible), and this time of year is always fun because it’s when we get a new billionaire census. And what news from the wealth creation front?

To summarize: heads they win; tails they also win; if the coin should land on its side in a freakish accident, they’d win that way too.

I admit that I’m a long-term Russia enthusiast, but I’m always particularly interested in the billionaire breakdown from Russia in particular. There’s no huge surprise in the fact the top three countries by billionaire population are America, China and Germany (those are three of the world’s four biggest economies after all), but Russia’s position is anomalous. It isn’t even in the top 10 largest economies, yet it has the fourth largest number of billionaires anywhere: 120 individuals with combined wealth of $397 billion.

Interestingly, however, as Credit Suisse (who are also skilled wildebeest-watchers) makes clear in its own wealth report, Russia has relatively few dollar millionaires. According to its data, just walking down the street, you’d be 25 times more likely to bump into a millionaire in Ireland than in Russia, and 50 times more likely to do so in Australia. Almost 60 percent of all the wealth in the country belongs to the richest one percent, which is a higher proportion that in any major economy. Russia is a country of billionaires, but not of millionaires (just check out tables four and five in this report).

The other striking statistic from Russia recently has been the appalling contraction in its population over the last year. The Russian demographic crisis has been a problem for decades (I wrote a whole book about it, in fact) but it was masked for a while by a mini-baby boom, caused by a relatively large cohort of mothers; and then by the fact Russia’s self-reported population increased markedly thanks to it stealing Crimea and Sevastopol from Ukraine. Now, thanks to Covid-19, the downward trajectory has re-asserted itself.

Those figures took the country up to the end of September, when the recent horrors of its current wave of Covid-19 were only just beginning. The death toll in September was 45% higher than the year before, and Russia had the world’s third-highest number of excess deaths relative to its population, behind only Peru and Bulgaria. Since then, it has only got worse. The daily death toll is now consistently above 1,000 and – with the vaccination rate still very low – there is no end in sight.

The United Nations in 2019 was already predicting the Russian population would be barely above that of Tanzania by the middle of the century, and little larger than Mozambique’s by 2100, and the picture has only got bleaker since then.

The question is: are these extreme statistics – Russia’s inequality on the one hand, and its demographic disaster-related? The population problems pre-date the end of communism, and are largely driven by epidemic levels of alcoholism, but it’s hard to imagine that there is no connection between their continuation and the country’s astonishing inequality. When the most influential people in the country have their own hospitals, their own rules, and – thanks to oil and gas – don’t even rely on the labor of serfs for their wealth like the old aristocrats did, then it’s easy to see that they’d be pretty indifferent to what’s happening to their compatriots.

So, if you want a reason to hope COP-26 achieves some breakthrough on weening the world off fossil fuels, here it is. If we can force Russia’s billionaires to work for a living, rather than extract their wealth from oil wells, they might start caring about the well-being of everyone else.

One question I’ve been thinking a lot about recently is why, if the world spends so much time and effort trying to stop money laundering, so much money gets laundered. Estimates for the size of the illicit economy – two to five percent of the global economy – have remained unchanged for decades, while the burden of compliance on financial transactions has increased markedly. Of course, one option is that the situation would be way worse without all the compliance, and that we’re running to stand still, which is what I heard from one contact last week. Another option is that the compliance is just busywork and achieves nothing, which is what I heard from lots of others.

The Financial Action Task Force coordinates international efforts, and has just added three new countries to its “watch list”: Turkey, Mali and Jordan, where they join Syria, Myanmar, Nicaragua, South Sudan, Yemen, Haiti and quite a number of other places which are not major financial centers, but which are apparently deemed to be worthy of more scrutiny than the City of London, Wall Street, Hong Kong or Singapore.

FATF denies that it has a “one size fits all” approach, but one complaint I hear again and again is that, under the FATF rules, all countries are treated equally. That sounds great, but in reality it means that the risk of money laundering via the U.S. or the U.K. is treated as of no more significance than that via Yemen or Haiti. Since Western countries have so much more money to spend on appearing to comply with the FATF’s principles, they get glowing write-ups, while the amount of dirty money being moved barely changes.

Here is a survey of people active in the capital markets published last month, which has the distinctly alarming statistic that two-thirds of respondents thought “significant” funds were being laundered, and not being detected.

Those capital markets are not in Haiti, Yemen or South Sudan, but in major Western capitals. If we’re going to respond to market participants’ concerns, we need to spend less time worrying about nominal compliance in poor countries, and more time enforcing actual compliance in wealthy ones.

While on the subject of the “heads they win, tails they also win” matter, here’s more news from Elon Musk, who is featuring in this newsletter rather more frequently than I ever intended him to. Last week, I breathlessly reported that he was the first ever person to be worth $250 billion, thanks to Hertz saying it would buy 100,000 cars from Tesla. Well, the deal has apparently not been agreed at all.

And what has been the response of the markets to this reversal? Well, now he’s worth $300 billion, approximately equal to the annual economic output of Pakistan, which is home to 220 million people. The Hertz deal was agreed, and he did well; the deal wasn’t agreed, and he did better. Does this make sense? Probably to someone, but not to me.

I went to see Dune with my kids at the Imax in London last week, so I spent more time than I should have done re-reading Frank Herbert’s sci-fi masterpiece. I’ll be interested to see, when they film the second part of the story, if they stick to the book’s approach of only describing all the exciting stuff incidentally, or whether they’ll actually show us any battles. Still, it was fun, and I’d recommend the movie.

I’m now reading the book that I intended to read last week: Put Your Life On It, the authorized biography of Victor Chandler, by Jamie Reid. Chandler is a fascinating man in his own right, a bookmaker of the old school, who is particularly of interest to me because he pioneered offshore gambling, and thus helped to inspire the explosion in the volume of money being wagered all over the world. I’m halfway through, and it’s an epic read, though I think I’d be getting more out of it if I’d heard of any of the horses before. 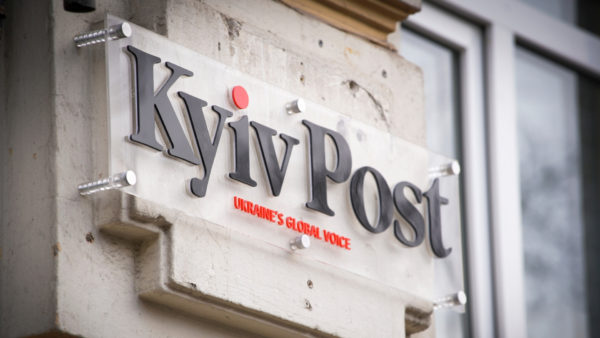