Previous article 18m read
On the internet, anyone can be a grief therapist now
Next article 21m read
When the doctor doesn’t listen
War on Science

Severe winter storms have battered much of the United States this winter — most recently in Buffalo, New York — resulting in fatalities and injuries from tornadoes and dangerous travel conditions caused by blizzard blasts of ice and snow. Americans, many of them at least, have been glued to the TV during this weather upheaval for the latest updates from weather forecasters, who painstakingly explain how the inclement weather is exacerbated by climate change.

In many places, meteorologists on the local news are local celebrities, seen as trusted interpreters of the data provided by the National Weather Service, friendly personalities and loyal community boosters. Even in today’s sharply divided, partisan America, they are not usually seen as divisive figures.

A vocal opposition has formed against TV weather forecasters and the science of meteorology.

Former political candidates have conjured claims that last October’s devastating Hurricane Ian was engineered by the “Deep State” to destroy Republican governor Ron DeSantis’ reputation. Many in Florida’s Tampa region prepared for the landfall of Hurricane Ian, which, models had predicted, would hit their area. But storm path models rapidly evolved in the run-up to the hurricane, sparking spurious allegations from two Republican candidates: DeAnna Lorraine, who ran for election to the U.S. House in 2020, and Lauren Witzke, who campaigned for a U.S. Senate seat in Delaware. They claimed that the hurricane was, in fact, a political instrument targeting opponents of vaccine mandates and anti-transgender legislation — baseless and absurd claims that gained currency on social media, especially among some Republican supporters.

Weather manipulation conspiracies have been around for decades. One of the most durable has been the chemtrails theory, which holds that the U.S. government manipulates the weather for nefarious reasons by releasing chemicals into the atmosphere from aircraft. Chemtrail conspiracists often mistake the trails of water vapor expelled by airplanes flying overhead for chemicals.

This conspiracy has been re-upped many times in recent years, especially during moments of uncertainty or social panic, such as during the outbreak of the Covid-19 pandemic. Chemtrail conspiracists often share the same messaging as other conspiracy theorists, like adherents of the “Great Replacement Theory.” Researchers have estimated that between 30% and 40% of Americans believe in elements of the chemtrails conspiracy.

“Weather is your mood, the climate is your personality. It’s easy to conflate the two, if you don’t understand the difference,” said Dennis Mersereau, a weather journalist in Reidsville, North Carolina. “It’s hard for folks to separate daily weather from long-term climate patterns, especially now that we’re feeling the effects of climate change’s influence on extreme weather.”

Weaponizing weather has made meteorologists a target, and not only in the United States.

Meteorologists in Sweden had faced backlash ahead of the country’s general elections last year because of a “misleading image” that falsely claimed to show proof of “climate hysteria.” Screengrabs of weather forecasts are being manipulated to show weather patterns and temperatures that allegedly prove that climate change is not real.

In Hungary, two meteorologists were fired over forecasts, ultimately inaccurate, that put a damper on patriotic celebrations, part of the government’s general crackdown on media in the country.

In response, meteorologists have felt the need to get political themselves. A German meteorologist has centered climate change in his weather reports to counter growing climate change denial. “TV meteorologists, unlike news reporters, can demonstrate this connection in a way that’s far more immediate and accessible,” he told Politico Europe.

As climate change transforms coastlines, consumes forests and upends hundreds of millions of lives, it follows that the local weather report has become a cultural and political warzone. Added to their predictions of precipitation and reporting on snowfall measurements, meteorologists have begun to develop a televised discourse on climate change in an effort to combat climate misinformation.

“Meteorologists are the most visible scientists in our daily lives. They’re on television every day, and their forecasts are omnipresent whenever you hop online. That visibility makes them an easy target for someone looking to vent their rage,” said Mersereau, the weather journalist.

And because climate change denialism has been linked to other forms of online extremism, meteorologists have a unique role in being able to bring familiar credibility to combat misinformation for a local audience.

“Once you believe that even nature itself is under the control of a shadowy cabal, it gets easier to see how someone falls into the really dangerous stuff,” said Mersereau.

“We’ve done a lot of work with TV meteorologists on understanding their audience,” said Bernadette Placky, the chief meteorologist at Climate Central. “People’s views on climate change do tend to be more aligned with politics than they do with science and education.”

Climate Central provides resources for meteorologists to help educate their local audiences on matters of climate change. They collaborate with meteorologists abroad since these issues can also be transnational.

American audiences have also continued to shift, according to reports from the Climate Change Communication program at the Yale School of the Environment. The number of people who are “alarmed” by climate change is increasing, while those grouped as “dismissive” have trended downward.

The challenge for meteorologists is to tease out the distinctions between everyday weather and long-term climate patterns, while still preparing their audience for the next extreme weather event. The outlook looks cloudy, with a strong possibility of storms ahead. 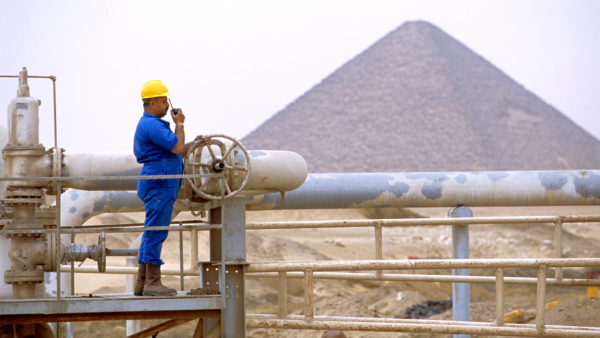 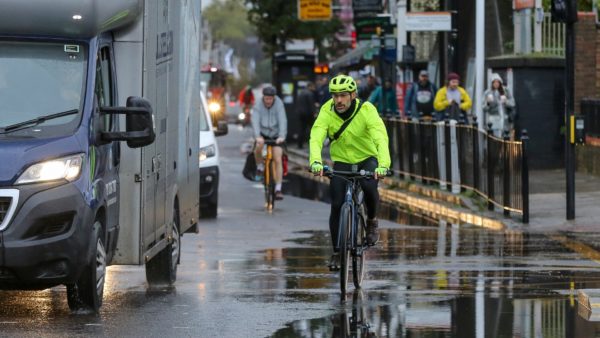