At a tech conference in Armenia, Moscow pushes its smart city solutions 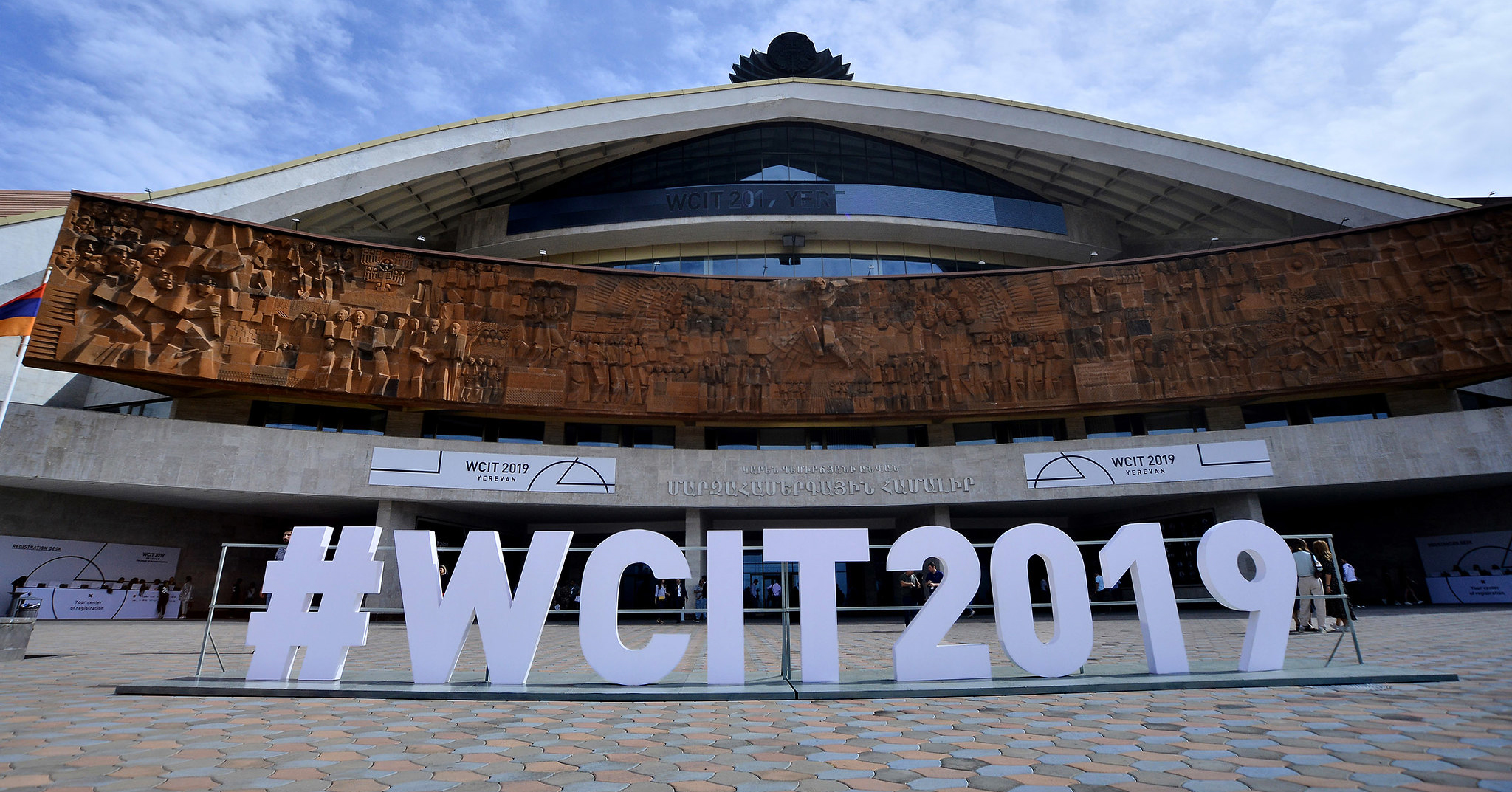 Isobel Cockerell and I reported this week from the World Congress on Information and Technology where the City of Moscow dominated the exhibition floor at one of the tech industry’s largest global gatherings. A sponsor of the conference, its booth was the first thing you saw when you walked in. Interactive screens built into its sweeping lipstick-red structure showed off some of the smart city technology that earned the capital city a top spot in the UN’s international survey of best e-governance.

Kudos to Moscow for using algorithms to tackle its notorious traffic jams but it’s the implementation this year of facial recognition technology in 40% of the city’s 162,000 cameras that has privacy experts and protestors concerned. During a break in the conference, I called Alena Popova who leads the Ethics and Technology think tank in Moscow to talk to her about a lawsuit she filed against the municipal government after they used facial recognition to identify and fine her for a one-woman protest.

She was pretty unequivocal about what this technology in Moscow is leading to: “I’m certain we’re moving towards total surveillance,” Popova said. “In reality this is technology that is being used to hunt down political opponents.”

Needless to say the Moscow delegation wasn’t pleased when Isobel and I sent them the published story (you can read the piece here). Their spokesperson said that the piece was full of “cold war and political activism stereotypes” and that we could have written the article while “staying at home on the sofa in NY.”

On one hand I can understand his frustration. In a keynote address, Russia’s Federal Tax Commissioner presented impressive innovations in filing digital returns and the co-founder of a Russian education start-up stood out with her forward-thinking plans for integrating tech with schooling. Maybe 90% of the technology on display from Moscow had nothing to do with surveillance.

But as the Moscow government continues a global tour of its smart city technology they should find some better answers about data collection, privacy and the ethics behind facial recognition. The CEO of Moscow’s Agency of Innovations seemed baffled when I asked him whether the agency had anyone overseeing ethical concerns, answering that he didn’t think there was such a thing as a professional in the field of ethics. Whether it’s Mosocw, Beijing, New Delhi or London, it’s hard to get excited about electric scooter rollout or city-wide wifi when it coincides with the unchecked introduction of city-wide facial recognition systems.

Repeatedly at the three-day conference, entrepreneurs and researchers lumped together Russia with China. Author Jamie Metzl made it clear he thought Russian scientist’s move to produce genetically modified children was irresponsible. Other panelists did the same, prompting one journalist to ask a Moscow representative at a press lunch organized by the delegation how it felt to be a trope for going “too far.” Her reply: “We’re pioneers. We always have been.”

A few weeks ago I wrote about the politicians and pundits who can’t stop resurrecting unhelpful Cold War metaphors as they try to find the right words for the technology age. At this tech gathering, I jotted down a couple more helpful metaphors used by speakers on panels that I think helps demystify some of the conversation around technology and regulation. The main theme is that the tools for taming tech and moderating regulation already exist. We’re by no means at an impasse.

Here are a few of my favorites:

“Do I own digital Olga? Who owns digital Olga?” asked Olga Mack during a panel digitizing civil administration. As CEO of an online contract management company, Parley Pro, Mack is 100% dependent on social networks, like LinkedIn, for her work, and like many of us, she’s a prisoner to their terms and conditions. Unlike with a bank or accounting service, she can’t pack up her records and leave if she’s unhappy with its services. Her profile on the platform is also so much more than bank details, so close to her “real” self that it becomes a digital copy of her habits, likes, and relationships. In other words, a true “digital twin.” “So who owns Olga?” If we think of the data social networks collect as a “digital twin” the question of legal rights and legal justice seems much more clear. Why can’t we pack up our data in a “digital suitcase” and take it elsewhere?

“I’m glad you brought up trains,” began Dr. Chrisopher Markou, from Cambridge, during a panel about government administration and tech. If you can dig back far enough into middle school history class you may remember talk of 19th century gauge wars. “The initial conditions of a technology can determine how that technology diffuses such that we still use the standard width of railroad track that was used back in the 1880s. How we establish the initial conditions for technology to develop, have knock on effects that are intergenerational,” Markou explained.

The one that got away

It would be amiss to leave you without a few choice quotations from the conference’s headliner Kim Kardashian West, the real reason behind Coda’s deployment to the conference. I take my hat off to her work ethic and talent in business management, but you would think after basically being created by the media she’d have more curated answers to the questions from her interviewer, the author Magdalena Yesil:

Yesil: “The one business that you wish you could have done out there. The one that got away. Sometimes you look at a company and think that’s such a great idea…I wish I had done it.”
Kim: “I mean there’s so many. I mean inventing the computer, everything, I don’t know.”

To be fair, the other panelists also struggled: the founder of Giphy gave the postal service as an answer and Reddit co-founder Alexis Ohanian said the 2018 Armenian revolution (the conference this year was held in Yerevan, the Armenian capital).

Russia is far from the only country sparking concern over facial recognition systems. Buzzfeed reporter Pranav Dixit looks at India’s rollout of technology so advanced that “even plastic surgery may not be a dramatic enough remedy to avoid surveillance.”

The Verge reports on just how much Apple is bending to pressure from China by removing apps from its store that violate guidelines and “local laws.” In one schizophrenic case, Apple rejected a crowdsourced mapping app popular among Hong Kong protestors from its store, then approved the app and then re-rejected it again a few days ago. In a similar case also reported by the Verge, one of my favorite news outlets Quartz had their mobile app removed from the Chinese App Store following its ongoing coverage of the Honk Kong protests.