Previous article 3m read
Pompeo to arrive in troubled Caucasus region with diminished stature, credibility
Next article 11m read
‘I don’t see any future in Sicily’: How migrants have become scapegoats for the coronavirus crisis
Disinformation

Russia says it’s safe for refugees to return to Syria. They don’t believe a word of it

A recent conference in Damascus guaranteed the welfare of displaced people, but its real goal was the pursuit of reconstruction funding

Mohammad sat outside a cafe in Istanbul, Turkish pop music blaring from a speaker above his head. Leaving his glass of tea to go cold, he began to talk about his home in Syria.

“I can’t go there, it’s impossible,” he said. “You can punish me and send me to another country but you can’t send me back home. I can’t live there. Maybe I’ll lose my life.”

Mohammad, now 24 years old, asked to be identified by only his first name, owing to safety concerns. He left the countryside of Aleppo, in the west of the country, in 2016. Since then, he has lived in Turkey as a refugee. While he is terrified by the prospect of going back to his village, the Syrian regime, guided by its ally Russia, has declared that it is now time for the 6.6 million people displaced by 10 years of civil war to return to the country.

On November 11, the Russian-organized International Conference on the Return of Syrian Refugees was held in Damascus. It was clear from the invitations sent to allied nations that the main goals of the gathering were to seek money for reconstruction and to show the world that Syria is now stable enough for international sanctions against it to be lifted.

Despite statements condemning the conference by rights groups and diaspora organizations, 27 countries attended.

The flags on stage at the opulent Umayyad Conference Palace included those of Brazil, Russia, India, China, and South Africa — known collectively as the BRICS — and Moscow’s ally Belarus. Neighboring Iraq and Lebanon were also present; the latter being the only attending nation with a significant refugee population.

Turkey — which hosts more Syrian refugees than anywhere else in the world, with at least 3.6 million registered — was not invited. Ankara backs forces opposed to President Bashar Al-Assad in Syria and has a strong military presence in the northwest of the country. Meanwhile, the U.S. and EU boycotted the event, stressing that, under United Nations Security Council Resolution 2254, there can be no talk of refugee returns without a political settlement to the conflict. UN Resident and Humanitarian Coordinator for Syria Imran Riza attended as an observer.

Mikhail Mezentsev, head of the Russian National Defense Management Center, opened proceedings, claiming that the Syrian government guarantees the safety of returning refugees. He then turned to the international community, demanding that it “stop the sanctions policy against the regime and unfreeze its bank accounts.”

Back in Istanbul, Mohammad claimed that the Assad regime and Russia are simply putting on “a show.”

“They want to show the world we are OK, and say, ‘Look we ended the war,’ but it’s not true,” he said. “We’re not safe if we go back. Maybe we get arrested, or we’re killed.”

He added that the conference was a Russian initiative to recoup its losses from the conflict.

“Russia spent millions of dollars in the war, so they want that money back,” he said.

Addressing the conference, Ali Asghar Khaji, a senior assistant to the Iranian foreign minister, directed blame for the “bloodshed, destruction and migration of millions of Syrians” towards “an influx of terrorists backed by a number of countries.” He then announced a proposal to establish an international fund for reconstruction.

In a statement released prior to the event, The Syrian Association for Citizens’ Dignity, a civil-rights grassroots movement, quoted Dr Marwan Nazhan, a trustee of the organization. “Clearly, the purpose of the conference is to try and secure funds from the West under the guise of reconstruction to secure the gains made through indiscriminate attacks against civilians and their forced displacement.”

Emma Beals, a non-resident scholar at the Middle East Institute, also believes that the conference had a transactional agenda.

“If some refugees return, it’s a way of increasing the reconstruction or humanitarian funding amount and, secondly, it helps to push a normalization narrative,” she explained.

Syria is grappling with an acute economic crisis and civilians living in regime-held areas are forced to line up for daily necessities such as food and fuel.

Ahmad, 31, whose name has been changed for security reasons, has lived in Turkey for three-and-a-half years, after fleeing the violence in his hometown of Deir Ezzor.

He believes the conference was a waste of time, considering there is nothing in Syria to go back to.

While the Syrian regime may like to see some refugees come back,as long as they have money that can be spent within the country, there is more to gain from pushing for reconstruction on humanitarian grounds.

Fadi, 33, who also asked to be identified under a pseudonym, is originally from the suburbs of Damascus. He has lived in Lebanon for five years and insists that the Syrian regime cares only about its own interests.

“They will take the reconstruction money for themselves,” he said, referring to Russia, Iran and the Syrian government.

“We can describe the country as a company today, it’s like a cooperation between the Russians and Iranians. The regime will benefit the least.”

Mohammad laughed when the topic of reconstruction came up.

“Reconstruction? That’s totally unreal. Russia lies, the regime lies, and their allies lie. Even their supporters don’t believe it,” he said.

The area outside Aleppo where Mohammad’s family still live currently lies under opposition control. If the regime retakes it, he believes there is no chance that they will see their home again.

Mohammad is certain that if Russia secures reconstruction funding for Syria, only those loyal to the regime will benefit.

“Maybe they will fix some villages in their own area, but not in ours,” he said.

Beals explained that people who have fled bombardment of opposition-held areas by regime forces are deemed part of the opposition and stripped of property rights. Even if their towns and villages are slated for reconstruction, they will remain displaced.

“Some of these projects may mean that refugees will never be able to return home, because the area that they fled during the war has been demolished or turned into some other project that benefits regime supporters,” she said.

Beals also pointed to the obstacles that Russia will face in its attempts to raise international support.

“It’s a very difficult place to put money into, as a private investor or humanitarian organisation trying to provide reconstruction money, because you don’t know where that money is going to go,” she said.

She said that contracts granted for infrastructure projects are routinely awarded to individuals with close ties to the government and, therefore, continue to feed the war economy.

Meanwhile, President Michel Aoun of Lebanon — a nation mired in its own overlapping economic and political crises — continues to push for the return of displaced Syrians.

Ahead of the conference, Aoun told Russian Special Envoy to Syria Alexander Lavrentiev that he is “looking for a quick solution” to the refugee situation. He added that “the refugees have inflicted great losses on Lebanon.”

Even if the participation of Lebanon in the conference solidified an intent to push for refugee returns, the nation’s government remains divided. Some parties support the Assad regime and its drive to send displaced people back, while others recognize the realities on the ground and maintain that Lebanon has a duty to protect them.

Fadi, who lives in Beirut, said he doesn’t feel pressured to move back, owing to the strong UN presence in the country and the role displaced Syrians now play in the local economy.

“I doubt forcible returns will happen from Lebanon, plus Lebanon has become reliant on the Syrian workers,” he explained.

Like three-quarters of displaced Syrians, Fadi hopes to be able to go back one day. However, he will only consider doing so when he feels it is safe.

The U.N. continues to push for a political settlement in Syria, within which the welfare of returning refugees is a key consideration, but many do not feel comfortable with Assad being part of any such talks. That sentiment was illustrated by a hashtag circulating on Twitter, in both Arabic and English, prior to the conference: #No_Return_With_Assad.

Mohammad, for one, believes that no one will trust the guarantees made by the regime and will not return until Assad is arrested and faces justice.

“Even if peacekeepers came in for protection, they would kill you behind their backs,” he said. 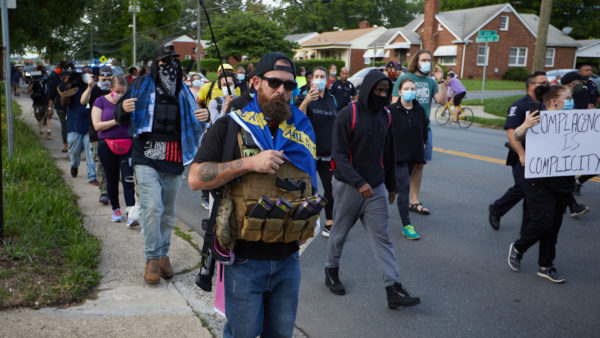