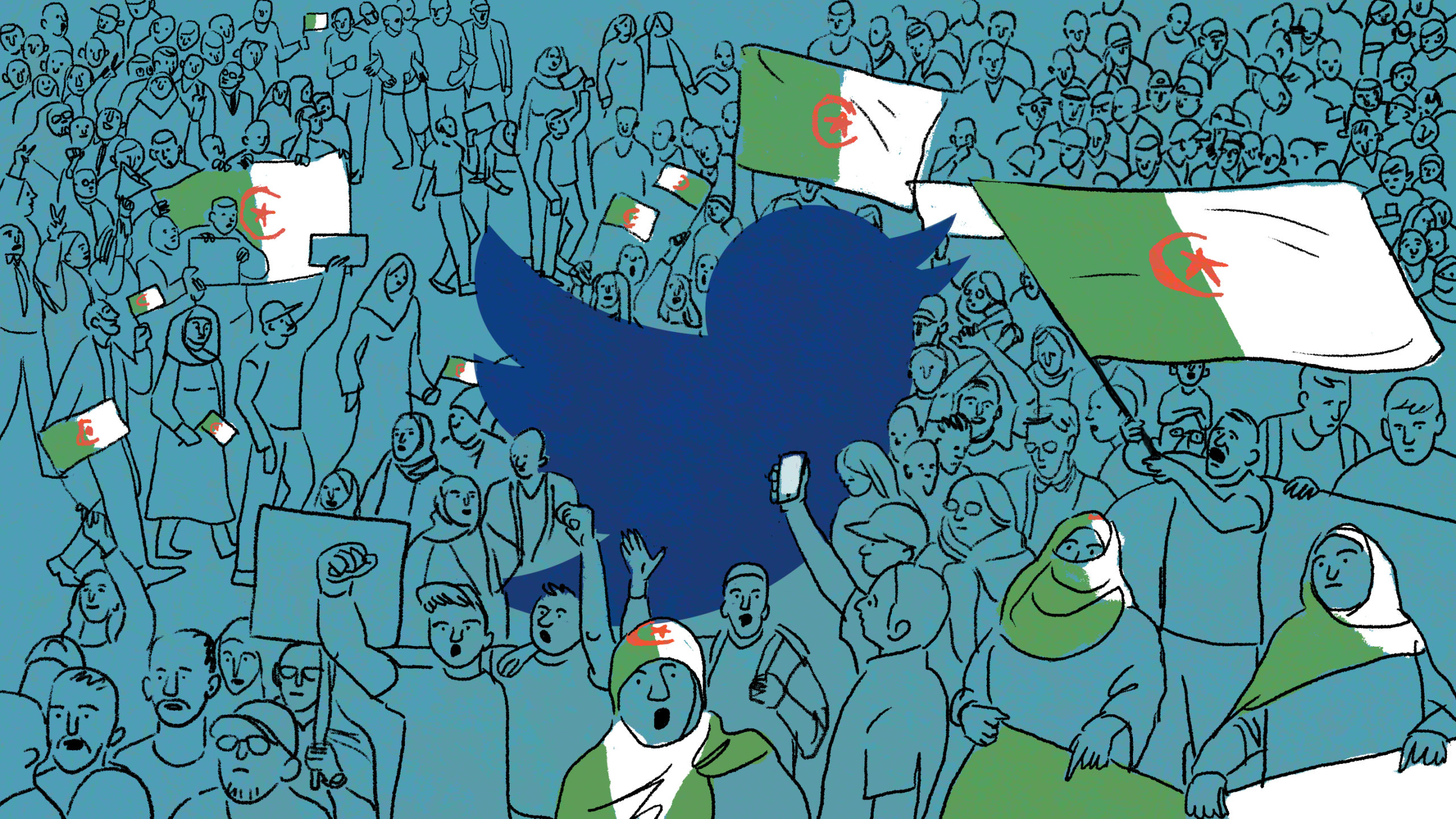 Ahead of the presidential election on Thursday, pro-regime social media accounts dubbed “electronic flies” have flooded platforms like Facebook and Twitter with fake news and fear mongering

Last month, Islam Tabboush, an Algerian pro-democracy activist with a large digital following, was informed by Facebook that his account had been deactivated. His three pages had over 600,000 followers—two for sharing news and live videos, and one for poetry. The pages had been reported to Facebook on a mass scale by scores of what Tabboush describes as “electronic flies.”

Tabboush, 29, who works as a shop assistant in Algeria’s eastern city of Setif, had received between 20 and 30 Facebook notifications a day telling him that his posts were being reported for “being in violation of community standards”. A message directed him to “visit the Help Center” for more information, or if he thought there had been an error.

“It was a complete interruption of all news, of calls for freedom, of chats with friends and activists on Messenger, of all the pages giving everything new on the scene in these weeks ahead of the elections,” he said. “My spirits are a little low, it’s exhausting [but] I’m still sharing videos on another page using a friend’s account.”

Ahead of Algeria’s presidential election on December 12, the deactivation of Facebook pages run by activists has become commonplace. At the same time, pro-regime social media accounts called “electronic flies”—or “dhoubab elektroni” in Arabic—have flooded platforms like Facebook and Twitter with fake news, fear mongering and calls to vote.

Journalists have also been affected. On November 16, Redouane Red Boussag, a journalist based in the port city of Oran, sounded an alarm: “Reports will shut down my page,” he wrote in Arabic. He admonished online trolls for not using their tech proficiency to target corrupt politicians. Red Boussag, who was fired from his job with the Algerian channel Numidia TV in July for refusing to side with the authorities, ended his post with the defiant call that “the voice of truth will not be silenced.”

In the nine months since Algeria’s popular Hirak uprising first began, the “electronic flies” have become a regular hazard for Algeria’s pro-democracy organizers.

“There are a few types of flies: the first are those who organically support the regime, then you have the cyborgs that amplify the propaganda, and there are also robots,” said Akram Kharief, the founder of the online news website MENA Defense, who has built robots to monitor social media platforms.

“Their goal is to flood social media and dilute the voice of the opposition,” Kharief said, describing the electronic flies. “They make a lot of noise, they’re annoying.”

According to Mona Elsawi, a researcher at the Oxford Internet Institute, the term “electronic flies” started in Saudi Arabia in 2018.  “In the Sudan they are called “electronic chickens”, in Egypt we say “electronic committees,” Elsawi said.

Peaceful protests broke out in February, with the chant “No Fifth Term” after the country’s octogenarian ruler of 20 years, Abdelaziz Bouteflika, announced he would run again. Protests forced him out of office in April. Since then, hundreds of thousands have attended weekly demonstrations on Tuesdays and Fridays, demanding a more thorough purge of an entrenched political system of military and business elites that surrounded the ailing president. The uprising became known as Hirak movement.

With Bouteflika gone, “They Should All Go” (“Yetnahaw gaa”) became Hirak’s rallying cry. The country’s most powerful institution, the army, pushed to hold an election, insisting it was the only way to end the crisis, and five candidates were put on the ballot. But protesters have rejected the prospect of a vote, marching with placards that read “I will not 12/12” and “We Said No Vote!”.

Dubbed the “revolution of smiles”, the demonstrations have been largely peaceful for the past 42 weeks. And while the oil-and-gas rich Algeria has not experienced the bloodshed seen in Iraq’s recent protests, or during the 2011 Arab uprisings in countries like Egypt, Libya and Syria, pro-Hirak activists have been subject to arbitrary arrest. According to the Algerian League for the Defence of Human Rights, 1,000 protesters have been arrested, and 200 people have been held in detention since protests began.

In response to these long-running mass protests, last week over 10,000 government supporters took to the streets in several cities to show solidarity ahead of next month’s elections.

In advance of elections, the electronic flies have been calling on Algerians to abandon Hirak’s boycott and vote. Marc Owen Jones, assistant professor of Middle East Studies and Digital Humanities at Hamad bin Khalifa University in Doha, Qatar, found evidence of unnaturally coordinated tweeting around the hashtags #ماتهدرش_باسمي (“not in my name”) and #الجزائر_تنتخب (“Algeria votes”).

Among the users tweeting these hashtags, Jones discovered that there was a surge of new Twitter accounts created in September: 723 compared to a monthly average of 44, of which 474 accounts were created in just two days.

“It was mostly suspicious accounts expressing their intention to vote. Naturally, this seeks to divide the [Hirak] by promoting a course of action opposite to the unified intent of boycotting the vote,” Jones said, adding that the #notinmyname trend does this indirectly by depicting the opposition movement as a small but vocal minority.

Activists and researchers say that the electronic flies are even more active on Facebook, which is used by almost half of the Algerian population, compared to four percent on Twitter according to StatCounter.

In addition to targeting activists through mass reporting and promoting this week’s election, Algeria’s electronic flies have sought to weaken the movement by flooding social media platforms with disinformation and fear-mongering.

According to Radouane Boudjema, a media professor at the University of Algiers and a pro-Hirak activist, the authorities want to remind people of the chaos and violence seen in other post-Arab Spring countries, as well as during Algeria’s own bloody civil war between the government and Islamist rebels in the 1990s, which left 100,000 Algerians dead.

“They used photos from riots in 2011 [in Algeria] to suggest that the movement isn’t really peaceful, to say look at this chaos, go vote, if you don’t vote we will become like Syria,” said Boudjema.

There have also been other attempts to divide the movement by suggesting that there is a hidden agenda behind Hirak. In October, the Union of Productive Forces (Cosyfop), an autonomous workers union, filed a legal complaint with the Attorney General of the Algiers court for spreading hate and defamation against Facebook pages that call protesters “zouaves”, a term that refers to Algerians who fought in the French army before the country gained independence in 1962. Electronic flies also spread news stories suggesting that the protest movement is being driven by the Islamic Salvation Front, an Islamist party whose electoral victory was annulled by the army in 1991, sparking a civil war.

Comments by the electronic flies take the form of trolling. “Their comments are more or less copy-paste,” said Khaled Drareni, a journalist and founder of the Casbah Tribune. “They post comments like ‘you are Zouaves’, ‘you’re working for France’, ‘you are paid by the French’ and ‘Vive l’armée’, go vote etc.”

As the election approaches, pro-government accounts have been posting photos of Hirak protesters without banners and falsely presenting them as mass demonstrations taking place in support of the elections.

Some pro-Hirak accounts have also been posting photos from earlier this year when larger numbers turned out to protests on Fridays.

Lokmane Boudier, a 34 year old Algerian banker, has been tracking and debunking false information on both sides of the debate on his fact checking Facebook page Fake News DZ, which he set up with a friend in April this year. “Statistically most of the fake news that we debunk is from the pro-pouvoir [government] side but it exists on both sides, just one more than the other,” he said.

Where are the flies?

While it is clear there is a coordinated online disinformation campaign in favor of the government, it seems to originate from multiple sources. According to Boudjema, employees of professional “electronic flies” operations in Algeria are paid between $17 and $25 a day. One such operation, posting in favor of former President Bouteflika, was discovered earlier this year, with 200 employees said to be working in the villa of a businessman linked to the old ruler.

Boudjema also believes that some electronic flies are located outside of Algeria because the expletives they use to troll activists are not in the local dialect. Kamila Kraba, an Algerian activist and technologist based in Silicon Valley, used an AI tool and found that the 25 most active Algeria-related Twitter accounts are, in fact, based in the United Arab Emirates and Saudi Arabia, followed by Algeria and France.

Kraba also found that each account typically becomes active around 9am and inactive around 5pm, as if the users are working shift hours. “On Facebook they are waging a war against Hirak, mostly the UAE who have a lot of [business] interests in Algeria, like real estate and telecoms,” she said.

Last month, diaspora Algerians protested outside Facebook offices around the world, including at the headquarters in Menlo Park, California, as well as in Brussels, London, Paris, New York and Montreal, accusing the platform of thwarting democracy by allowing activist accounts to be shut down.

The relative lack of media coverage of Algeria also means that there is no pressure on platforms like Facebook to be more vigilant about the origins of take down requests. “They are still not proactive in the region, it is only in the west that they are pro-active]. Algeria isn’t on their agenda,” said Elswah. 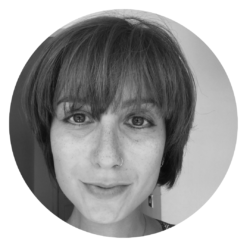 Layli Foroudi is a freelance journalist, producer and illustrator based in Tunis. She has previously written for the Financial Times, Reuters, The Times and The Economist.

Disinformation
Other Channels
Under lockdown, LGBTQ Russians were more isolated than ever. Then, the Zoom parties started