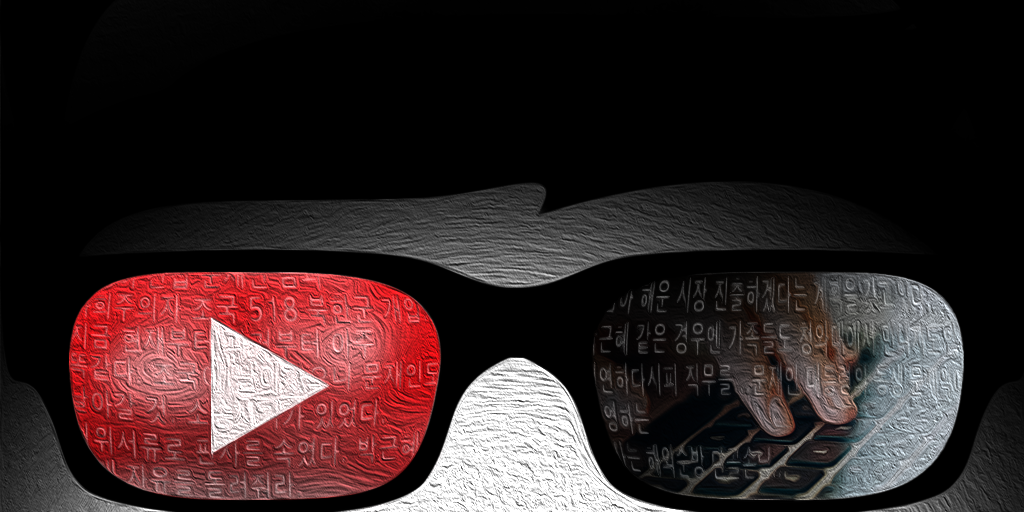 In today’s digital information age, people worry that ageing populations could be left behind by new forms of technology.

But that’s not the case in South Korea, where a different problem is at play. While a recent study found that Korean people with liberal views are becoming more wary of fake news and disinformation, Korean news media outlets and researchers suspect that older conservatives over 60s are consuming far-right YouTube channels for news related content and exposing themselves to fake news and disinformation.

Tactics played by far-right Korean influencers are similar to that in the United States. In an attempt to win people’s trust, far-right channels set themselves up as if they are working for newsrooms, with a commentator pontificating or with experts discussing hot political topics. At first glance, what’s being shown looks like a typical newsroom. Men in suits with serious expressions sitting around a table and sharing their opinions. But once you start to pay attention, you realize what they say is beyond absurd. It’s like what we’ve seen it with Alex Jones, a far-right conspiracy theorist, and his infamous Infowars.

Disinformation that Korean far-right YouTube channels spread includes President Moon Jae-in murdered last year a Korean socialist politician, and that Moon has stolen 200 tons of gold bars hidden by the Empire of Japan during the 1900s. The claims are laughable. But it clearly has impacts on voters in how they perceive Moon’s administration.

Let’s also take a look at what happened with a former Justice Minister of Korea, Cho-Guk, and how far-right channels targeted him to degrade his political image with absurd claims. Allegations that Cho’s daughter may have gained unfair advantage in her admission to medical school led to far-right YouTube channels calling Cho a “commie” and a “socialist” while he was the prospective candidate for Justice Minister. The comment section of Sin-ui Hansu was flooded with angry conservative voters clamoring that the people of Korea do not want socialist as their Justice Minister and that both president Moon Jae-in and Cho-Guk should be sent to North Korea. Moon appointed Cho-Guk as Justice Minister but the anger did not subside; hundreds of thousands of elderly conservative hit the streets of Gwanghwamun to call for Cho’s ouster. Cho stepped down last week after only 35 days as a result of these unrelenting attacks from the right.

Jeong Dong-hun, Professor of Media Communication at Kwangwoon University, believes there are two main reasons why older conservatives actively engage with far-right YouTube channels. The first is that older citizens are more vulnerable to recommendation algorithms. “They are more passive than younger people on digital platforms, they tend to move from one video to another that YouTube recommends based on their interests,” Jeong told me.

In fact, older conservatives might not be aware that alternative views exist on the platform, and that their initial YouTube encounter becomes a building block for YouTube’s algorithm which then serves the content, and have the viewers fall down a rabbit hole of disinformation. The New York Times story on Caleb Cain, a 25-year-old, is an example of how one could easily be sucked into far-right rabbit hole on YouTube.

The second reason, Jeong told me, is that “people like to selectively consume information that have the same views as theirs.” Selective exposure to information is human nature, of course, as a recent study confirmed.

In Korea’s case, researchers like Kim Sunho from the Korea Press Foundation believes that older conservatives began to turn to YouTube for news information when the presidential administration changed in 2017– when supporters of the president at the time, Park Guen-hye, started to dismiss reports from mainstream news media outlets, after Park was impeached. “Far-right contents make two political groups more polarized. It is already happening online, and will only get worse over time,” said Kim.