One hallmark of the dominance of big technology firms like Amazon and Google is the rise of small groups of activist workers who use their proximity to the decision making process to lobby for change.

This was demonstrated earlier this week when an anonymous group of Amazon employees, using a new social media account, began calling on their employer to stop selling facial recognition services to law enforcement agencies, including those who enable the work of the U.S. Immigration and Customs Enforcement agency (ICE).

The Twitter account, @WeWontBuildIt, demands that Amazon also stop providing digital infrastructure to the data analysis company Palantir, which counts a number of government agencies as customers. In addition, the Amazon employees call on the company to “Implement strong transparency and accountability measures, that include enumerating which law enforcement agencies and companies supporting law enforcement agencies are using Amazon services, and how.”

Another tweet says, “The world is watching the abuses in ICE’s concentration camps unfold. We know that our company should, and can, do better.”

According to reports, Palantir has a $51 million contract to provide ICE with software to gather data on undocumented immigrant. Hosting is provided by the Amazon Web Services cloud. The Department of Homeland Security also has its databases hosted by AWS, and Amazon is also in talks to expand a government partnership to host new biometric databases, which would allow the law enforcement to further improve how immigrants are tracked.

The launch of the new Twitter campaign follows demonstrations by activists, immigrants and Amazon workers last month which coincided with the company’s annual Prime Day sale. Protesters delivered petitions calling on the company to improve conditions for staff and cut ties with government agencies responsible for deportation.

Amazon’s dealings with the U.S. government have come under increased scrutiny by employees and activists who have become more vocal about some aspects of the company’s business. Last month, the company’s chief technology officer, Werner Vogels, was interrupted by protesters during the Amazon Web Services conference in New York. 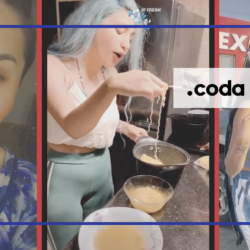