Myanmar says its internet blackout is for “the people.” Research suggests otherwise

A month ago, we published Kayleigh Long’s dispatch from Myanmar, where she described how the country’s internet has become a battlefield. In one province in particular — Rakhine State — online content has both encouraged atrocities and helped activists document them.

“The phone is our gun,” one opposition activist was quoted as saying.

Myanmar’s government apparently thinks there’s something to that metaphor. Last week, they shut off internet access in large parts of the Rakhine and Chin regions. Officials portrayed internet access as a security liability, saying the blackout was “for the benefit of the people.”

But some fear the shutdown is a way for the military to operate with impunity. As Kayleigh reported in her piece, locals in Rakhine had used social media to document alleged abuses by the military against ethnic Rakhine civilians.

This kind of silencing of minority groups is not an uncommon goal for internet shutdowns. In a 2018 paper on internet blackouts, scholar Ben Wagner argues that shutdowns frequently happen in order to “prevent marginalized ‘others’ from…documenting their grievances.” He cites Pakistan’s use of shutdowns in Balochistan, where the government is battling an ethnic insurgency.

But researchers and rights groups see these kinds of shutdowns as not just unethical, but ineffective.

Radio Free Asia reports that Rakhine residents are cut off from bank transactions and can’t send pleas to relief agencies, which had relied partly on WhatsApp messages to find those in need.

These kinds of financial and humanitarian consequences are common and have been well-documented across various internet shutdowns. In a report produced for Facebook, Deloitte estimated that, in countries with low internet access, a one-day internet blackout reduces GDP by $0.6 million per 10 million people. In high-access areas, the report says the loss can go up to $23.6 million. As the Times points out, investors are also likely to be scared away by Myanmar’s blackout, hampering efforts to revitalize Rakhine State’s economy.

Finally, it’s not even clear that internet shutdowns like Myanmar’s do much to quell unrest. A recent study by a Stanford researcher, on Indian internet blackouts, suggested that shutdowns are associated with “increases in violent collective action.”

Whatever the intentions, the increased use of internet shutdowns across the Global South reflects an inept approach by governments: Seeing political unrest spread online, they take the internet to be its source. Then, they respond with shutdowns that harm the economy while creating more humanitarian problems. 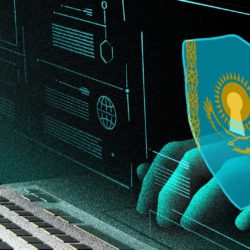 Kazakhstan ramps up control of the internet ahead of elections
brief
2m read
show more
News
11 December, 2019
Hour by hour: How disinformation swept the UK internet in the election’s final days
27 November, 2019
Sale of .org domain draws protests
27 November, 2019
Inside the China Cables: Video surveillance, confessions and ‘de-extremification’ in Xinjiang
27 November, 2019
‘Lash curl’ TikTok video about China’s detention of Muslims goes viral
22 November, 2019
In many parts of the world, internet freedom is in decline