Russian Disinformation Prompted Turks To Blame US for 2016 Coup

Russian media outlets helped to stoke anti-American feelings in Turkey and spread claims that the United States had been behind the July 2016 coup attempt against President Recep Tayyip Erdogan, according to Turkish independent news website Ahval.

Websites and channels linked to the Russian government also sought to undermine cooperation between Turkey and the European, Ahval said, citing a study by the RAND Corporation.

This disinformation plan has had some success, according to the RAND study — with many Turks now believing that the US got involved in the coup attempt as a response to President Erdogan’s apparent shift away from NATO and towards Russia.

Opinion polls show a surge in anti-American sentiment in Turkey — with 66 percent of Turks now describing the U.S. as a threat to their country, compared to 44 per cent two years ago, according to a survey by Turkey’s Kadir Has University.

According to RAND, “Russia has used media and information operations to pursue its foreign policy goals related to Turkey,” adding that this “reinforced and informed the Turkish government’s own propaganda pursuits.”

Despite the rise in anti-U.S. feeling, Turkey remains a NATO member and continues to host major American bases which have been crucial to operations against ISIS in neighboring Syria.

Since surviving the 2016 coup attempt, Erdogan has taken an increasingly confrontational stance towards the U.S.

He has also been heavily criticized for his treatment of the Turkish media, which has seen more than 240 journalists and media workers jailed, and increasing censorship and promotion of government-friendly narratives. Ahval itself was banned by the government in March this year, less than six months after its launch. 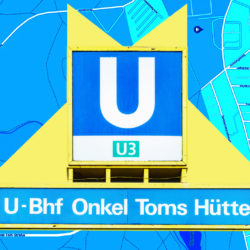