No room for loopholes in Beijing’s Olympic Covid response

The Infodemic is a weekly newsletter, tracking how disinformation surrounding the coronavirus crisis is reshaping our world. Also in this edition: Roving hamsters in Hong Kong, cross-country skiers in isolation and German Covid deniers flee to Paraguay

Heading for a flight out of Oslo airport on Monday, I trailed through passport control right behind the Norwegian Winter Olympics team on their way to Beijing, their brand new ski boots clicking around their shoulders. “It’s a very different year this year,” one cross country skier told me. That’s an understatement: spectators are banned, the slopes are covered in fake snow and the Olympic village is built like a zero Covid fortress where athletes will be cooked for and served by robots to prevent Covid contamination.

Two of the Norwegian cross-country skiing team have already tested positive, which means they’ll have to isolate until the eve of the Olympics. Meanwhile, 11 others in the Olympic Village have also got Covid. Those inside the Olympic “closed loop” bio-bubble have to download the mandatory “My 2022” app, which compels users to submit daily health status reports. The Toronto-based organization Citizen Lab flagged several issues with the app, concluding that it had serious privacy issues which meant users’ file transfers and chats could be monitored. The app also allows people to flag “politically sensitive” content such as mentions of Xinjiang or Tibet.

Chinese state media outlets are hailing the Beijing Olympics system, including the app, as a “chance for Western media to learn China’s anti-epidemic success.”

“After entering China, I saw the Chinese staff in protective clothing on the runway of Beijing Capital International Airport,” a Japanese journalist told the state-run Global Times. “Beijing’s system on epidemic control makes me feel reassured.”

State media is also full of Olympians hailing China’s policies in Xinjiang, where as many as a million Uyghurs have been thrown into indoctrination camps. “I would love to try skiing in Xinjiang,” Mark Chanloung, a Thai cross-country skier told the Global Times on Wednesday, adding that he supported China’s closed loop measures.

Meanwhile, back in Oslo, Uyghurs staged a protest last week outside Holmenkollen, the world-famous ski recreation area which would have been a site at this year’s games had Norway won its Olympic bid back in 2014.

IN OTHER INFODEMIC NEWS

Hong Kong’s streets have been littered with roving hamsters in response to the city’s latest Covid regulations. Last week, Carrie Lam ordered Hong Kongers to surrender and cull their furry pets over fears they could be spreading the virus. Social media has been filled with pictures of the little creatures scrambling around after more than 100 of them were dumped in parks, bushes and garbage cans. Meanwhile, a Hong Kong cabinet member has resigned over the city’s very own “partygate” scandal. Government officials held a 200-person birthday party which flouted their own social distancing rules.

Hundreds of people have been seen queuing in front of hospitals across Russia in below-zero temperatures. Daily Omicron cases have hit record levels, and the health system has been struggling to meet the demand for doctors and tests. The situation might be worse than meets the eye. As cases started to surge in January, journalists from a Russian digital outlet “Holod” noticed a slight change on the official government Covid-19 information website. Whereas the number of daily registered cases used to be featured first, they switched it up to show the number of hospitalizations up top to make the situation look more stable.

With Russian troops massing at the border, you’d think Ukraine’s Secretary for National Security and Defense Alexei Danilov has more pressing matters to worry about. Instead, he’s been going on TV to discuss his beliefs that Covid is of “artificial origin.” “I am one of the few who believes that the first great biological world war began in December 2019,” he told a Ukrainian TV program called Freedom of Speech on Tuesday. A 2021 poll showed that 71% of Ukrainian citizens also think Covid was created in a lab — either for “population control” or simply as a “scientific experiment.” Last week, we reported on the role Covid has played in the China-Russia relationship. This statement from Danilov will doubtless annoy China, which is already on Russia’s side. 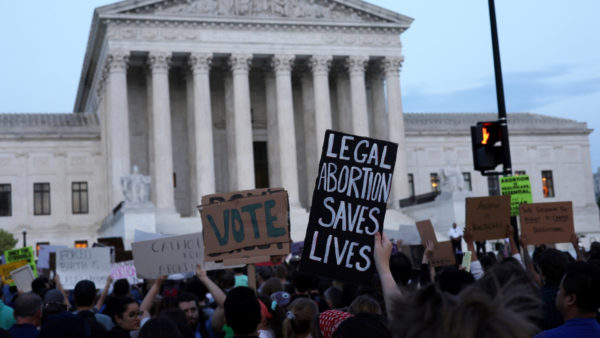 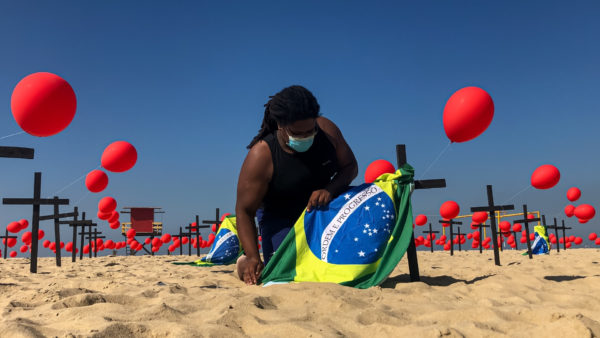