Profiting from the pandemic

Infodemic is a weekly newsletter tracking how disinformation surrounding the coronavirus crisis is reshaping our world. In this edition: vaccine billionaires, an elephant in the room in Rome and Iran’s Covid-19 disinformation drive

At the start of the coronavirus crisis, the World Health Organization had a great idea: a shared Covid-19 technology access scheme.

The WHO set up a tech platform that would encourage pharmaceutical companies to pool data and knowledge and then license vaccine production and transfer technology to other producers.

If more companies started sharing knowledge and technology, the logic went, then more vaccines would be produced at a fairer price, and more people would have access to them.

It didn’t work. Guess how many pharmaceutical companies have joined the scheme? That’s right: not a single one.

The consequences of this failure to share access to supplies and technology were on display during the Paris summit on Africa this week. The world’s least vaccinated continent makes up 14% of the global population, but accounts for only 1% of administered doses. As leaders gathered in the French capital, experts in Kenya warned that the country’s Lake District was “another India in the making.”

“Africa: We are waiting to die,” read the headline of a piece examining the effects of India’s decision to curb exports of vaccines to meet domestic demand. “From Kenya and Ghana to Bangladesh and Indonesia, poor nations reliant on Covax have no option but to halt vaccination drives.” it said, referring to the WHO’s joint initiative aimed at equitable access to Covid-19 vaccines.

While African states face a looming crisis, 60,000 people continue to die weekly across South America and South Asia. Meanwhile, new research shows that the world has nine new vaccine billionaires, and that the pre-existing billionaires affiliated with Covid-19-vaccine-producing pharmaceutical corporations have seen a $32.2 billion increase in their combined net wealth since the pandemic began.

The People’s Vaccine Alliance and Oxfam say that another summit, taking place today in Rome, offers an opportunity to address this situation.

AN ELEPHANT IN THE ROOM IN ROME

On Friday, G20 leaders will gather for the Global Health Summit. Their goal is to share lessons learned from the Covid-19 pandemic and sign a declaration that will provide guidelines for public health crises of the future.

The big question is whether they will address the elephant in the room: the fact that the pandemic has been excellent for the super-rich.

“Profits can’t be put ahead of people’s health,” Amnesty International declared on Thursday, calling on G20 leaders to urgently address the issue. “Throughout the pandemic, not a single company has agreed to share their intellectual property and know-how through the World Health Organization. Without waiving intellectual property rights now, Covid-19 may not be brought under control for years.”

The United States, China, India and 100 other countries support the idea of waiving patents, but the current draft of the Rome Declaration, which leaders are expected to sign, does not.

THE BILLIONAIRE DILEMMA by Masho Lomashvili

The pandemic has revealed the jaw-dropping gap between large profits and mass suffering in low-income countries. But is making money on vaccines inherently wrong?

Those who made high-risk investments in decades of painstaking research will certainly argue that they deserve the financial rewards. After all, where would we be today if they hadn’t taken those chances?

But the nature of the business — characterized by large initial investments and strict patents on technology — is precisely what is keeping the number of vaccine developers small and giving those that do exist leverage when it comes to setting prices.

Medical companies argue that their ability to carry out life-saving research depends on their ability to prioritize lucrative clients — in the case of the pandemic, high and middle-income countries that offer the best profit margins per dose.

But Covid-19 has shown that this approach not only feeds inequality (poorer countries only received 0.2% of the global supply of coronavirus vaccines), it also undermines the success of their products as new virus variants that breed in under-vaccinated countries spread to the rest of the world.

An even bigger flaw in the pharmaceutical companies’ argument is the fact that a large proportion of vaccine research and development is, in fact, funded with taxpayers’ money. Take Moderna, for example. Its coronavirus shot has been dubbed the “people’s vaccine” by Peter Maybarduk, director of the Public Citizen’s Access to Medicines Program, because the company received billions in U.S. government funding. And yet, five out of our nine freshly baked Covid billionaires hold senior positions at Moderna.

It’s not just vaccines, either. Medical oxygen, a heavily monopolized industry, has provided another path to riches. A total of 40 new billionaires have emerged from companies that have direct ties to fighting the pandemic.

Covid-19 has exposed just how fragile the world’s public health systems are and how effective they are at entrenching existing inequalities. But it has also offered a pathway to solutions.

The fact that Johnson & Johnson and AstraZeneca announced that they would sell vaccines on a non-profit basis during the pandemic has shown that there are other ways of doing business. Even for Big Pharma.

“I think it is reasonable to allow companies to make a profit from high-income countries, having put such a huge effort into this work, and also to make sure that it will be available for low and middle-income countries in perpetuity,” said Sarah Gilbert, who designed the Oxford University vaccine.

NEW CONSPIRACIES IN IRAN AND GLOBAL DOCTORS FOR TRUTH

It’s been a wild week for conspiracy theories in Iran. Our friends at Fact Nameh, a Toronto-based Farsi-language fact-checking organization, have surfaced some particularly wacky claims doing the rounds on social media.

Karami would be a perfect addition to “Doctors for Truth,” an international network of board-certified doctors and people who say they are medical professionals, dedicated to spreading false information about the coronavirus. Our partners at Chequado have the full story (in Spanish), as part of their investigation series “The Disinformants.”

Coda’s multimedia editor Katia Patin, reporter Isobel Cockerell and editorial intern Mariia Pankova also contributed to this week’s Infodemic. Sign up here to get the next edition of this newsletter straight in your inbox. 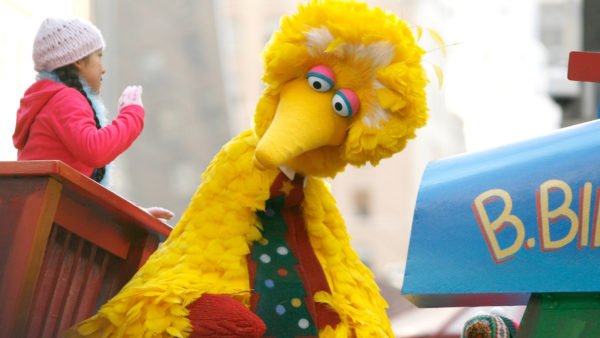 ‘These ID cards have so much power.’ Meet the teen gymnasts fighting for an official identity
video
1m read
Authoritarian Tech