Will kleptocracy become a unifying enemy for the West?

Oligarchy is a weekly newsletter tracking how the super rich are changing the world for the rest of us.

IS ANTI-CORRUPTION THE NEW ANTI-COMMUNISM?

It’s been an interesting week for the international response to Belarus, with leading Western countries – the United States, the European Union, Canada and the UK – all announcing a new round of sanctions simultaneously. The action was inspired by the hijacking of a Ryanair flight flying over Belarus, and the arrest of Raman Protasevich and Sofia Sapega, as well as by the generally vile behavior of the government in Minsk.

The US Treasury Department and its partners have essentially now made any form of international economic life impossible for a whole range of Belarusian insiders, in what looks like a first example of the cooperation against human rights abusers promised at the G7. It’s easy to overlook how remarkable this kind of Western solidarity is — less than six months ago President Biden’s predecessor was picking fights with his friends for no apparent reason.

I’m beginning to wonder if an idea that’s been kicking around for a while might be thrusting itself into the center of the Atlantic Alliance: “anti-corruption is the new anti-communism”. Now, I’ll freely admit that – on the face of it – equating corruption and communism looks mad: one is a system of organized theft; the other is a utopian scheme for creating a new society. But, if you look past that, authoritarian kleptocracy could indeed become the unifying enemy that the West has lacked since the end of the Cold War (“terrorism” having proved inadequate for the task).

George W. Bush’s attempt to weld Iran, Iraq and North Korea into an “axis of evil” was risible 20 years ago, but it’s much less ridiculous to suggest that Russia and China are leading an axis of kleptocracy that threatens the basis of our democracies. In the last couple of years, the idea has spread in earnest, including in this article. If you ignore the hyperbole, it makes some important points.

Of particular importance is the point that the authoritarian leaders of corrupt countries increasingly rely on nationalism to de-fang the popular unrest that their theft provokes. This tendency has spread from Russia into Eastern Europe, and has long been epidemic in Latin America (the continent for which the modern usage of the word “kleptocracy” was coined in 1966). Authoritarian rulers therefore regularly attack ethnic and religious minorities, homosexuals, non-governmental organizations and other perceived “foreign influences” – as documented in this excellent article about ultra-conservatives in Poland.

In some ways, this tendency puts Western countries in a difficult quandary. The CROOK act before Congress at present would mobilize greater US support for embattled anti-corruption groups, but also risks allowing kleptocrats to present their critics as “foreign agents” working against the interest of their compatriots, as Vladimir Putin’s government has done with Alexei Navalny.

But Putin and his ilk will repress groups they don’t like anyway, so Western countries shouldn’t be afraid to do the right thing just because it might upset the Kremlin. In fact, as Human Rights Watch argues, they should use their financial might to insist on corrupt governments cleaning up. So, from all of this, it should be clear that I’m delighted that Western countries are acting in a coordinated manner against corrupt kleptocrats and their crooked cronies.

There is a problem here, which is baked into the whole approach. The reason we are able to use sanctions to freeze corrupt officials’ assets is that they are only anti-Western nationalists in public. In private, they are enthusiastic globalists — users of the West’s most advanced financial products for managing, moving, hiding and protecting their stolen wealth.

And that means, as the most perceptive observers of Russia have been arguing for a long time, that communism and corruption are not equivalent at all. Communism was an economic/governance system, a rival to democracy/capitalism, contained within the borders of states, and threatening the West in a conventional way, just like other forms of government. Corruption is not like that at all.  It is dependent on globalized financial flows as multinational corporations are, and is thus an outgrowth of Western capitalism, rather than a discrete form of government.

It is important to confront corruption as a foreign policy problem, as a threat to national security, because it is. It was therefore good – for example – that the UK sanctioned a range of corrupt officials earlier this year. However, it is just as important to tackle the causes of corruption, which lie in the dark corners of our own financial sectors, rather than overseas.

It is a lot easier to stand up to Belarusians than it is to stand up to well-networked and lawyered-up members of your own country’s elite. However, you can’t fight corruption only as an external enemy, because it is as much here as it is there.

One way to do that is not to be too serious about it.

And that gives me an excuse to post this link to the time I interviewed legendary Serbian activist Srdja Popovic, who made me laugh so hard that the water I’d just drunk came out of my nose. He believes in laughing at bullies, and is exceptionally good at it. If you don’t want to pay for the Hay Festival website, then there’s a Ted talk by him too, though you won’t get to see me making a complete fool of myself if you watch that one.

MacKenzie Scott, novelist and – as of right now – either the 19th or the 22nd richest person in the world (her own biography calls her “mom, writer, advocate”; others tend to focus on the fact she’s worth more than $50 billion) – continues with her quest to give away an incredible amount of money.

In that blog post, she specifies which 286 organizations would be receiving grants totaling $2.739 billion (she writes the gigantic sum, which would be sufficient on its own to put its owner close to the top thousand list, with all three commas and all six zeroes, as if to give it its due). This is on top of equally mind-bogglingly huge grants at the end of the third and fourth quarters of last year. Among the organizations, she has selected for her largesse are many educational institutions, as well as other groups focused on helping inclusion.

Everyone needs to stop and recognize how incredible the scale of her philanthropy is. Among traditional grant-giving organizations, the Wellcome Trust is currently the biggest philanthropic supporter of medical research, and yet it gives out per year little more than a third of the total that Scott gave away just between January and March. The Bill and Melinda Gates Foundation is a potent and generous donor of health and development causes, yet Scott has already eclipsed its annual giving, with a quarter of the year still to go.

I imagine most people reading this newsletter will be supporters of the same kind of causes that Scott has chosen to give money to, but I still think we need to be a bit careful what we wish for. Billionaires showering largesse on chosen causes isn’t always a good thing, as we can see from Jane Mayer’s latest piece on the dark money (if you haven’t read her book, I’d strongly advise you buy it now) powering opposition to much of Joe Biden’s current agenda.

The “they” are organizations funded by the Koch Brothers, who are far more representative of billionaires than MacKenzie Scott is because, on balance, billionaires don’t want the same things that we want. The best way to harness their wealth to actually advance the interests of everyone in society is to tax it, which we are simply not doing a very good job of, thanks to a huge army of enablers doing their best to stop us.

I am currently researching an article about banknotes, which are a far more fascinating subject than I previously had given them credit for. I don’t want to give too much of my thinking away, mainly because I haven’t actually thought it yet, but I do recommend Kenneth Rogoff’s The Curse of Cash, if you haven’t already read it. As the title makes clear, he’s not a supporter of banknotes, but he makes his case strongly and clearly for why they are one of the great scourges of modern times. 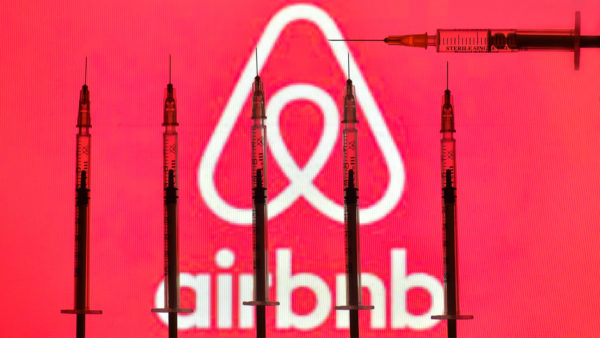 newsletter
Natalia Antelava
Lithuania stands up to China — but who will follow?