Oligarchy is a weekly newsletter tracking how the super rich are changing the world for the rest of us. In this edition: It’s hard to keep up with who’s the richest person; why Biden’s 21% minimum tax for corporations matters globally

I don’t know about you, but I just can’t stop looking at the Forbes list of Real Time Billionaires. With the imminent prospect of Jeff “Amazon” Bezos being dethroned as the world’s richest man by Bernard “LVMH/Louis Vuitton/Christian Dior/Givenchy/etc” Arnault, things are getting real.

The situation is changing so fast that journalists at Forbes are struggling to stay on top of it. On Monday, they thrilled a watching world with the news that “Bernard Arnault Becomes World’s Richest Person”, only to reverse-thrill us just hours later with an update: “Since this story was published, Jeff Bezos has returned to number one.” Times are turbulent.

It is —  for oligarch fans — as exciting as watching the final day of the Premier League. However, let’s try to put things in perspective. I’ve been writing this newsletter since May, when there were just two “centi-billionaires” in the world. Now, there are eight and, as of right now, Google’s Sergey Brin is a mere $400 million away from joining them.

Arnault himself has been one of the biggest winners of the last year-and-a-bit, with his wealth increasing by $110 billion since the start of the pandemic, as shoppers have treated themselves to luxury goods with that famous French je ne sais quoi  — “What we create is emblematic. It’s linked to Versailles, to Marie Antoinette.” So, while we are (or, I am, at any rate) fixated on who’s currently the richest man in the world, the really important conclusion is that all of the world’s billionaires are becoming staggeringly wealthier at a staggering rate, while the rest of us have been sitting at home wondering if we’re allowed to go outside yet.

The Financial Times published a fascinating analysis of the world’s billionaire data earlier this month, which ranked countries by inequality – by dividing the amount of wealth owned by their billionaires by the size of the national economy. It’s no surprise that Russia came out as the least equal country, it has long been out on its own by any measure of inequality, which has helped fuel opposition to the Kremlin. More surprising, however, was that fact that Sweden of all places came second, while France came fifth.

Basically, it doesn’t much matter what country you’re in; if you’re a billionaire, you’re doing pretty well right now. Covid has been very good news for the world’s billionaires.

And one of the reasons why taxing that wealth has been, in the words of the Financial Times, “impractical” is that the rich people and corporations alike have become incredibly skilled at gaming global treaties to reduce their taxes to a minimum. This is why the White House’s proposal for a 21% minimum tax for corporations is so important, because it would stop companies shifting their profits to places like Ireland, Bermuda or Singapore and thus reducing their tax rates to near-zero. That shifts profits away from governments and towards the already-very-rich.

Countries that stood to gain from the proposal welcomed the US idea but countries that stood to lose from it opposed it. To win wider support from other wealthy countries, US officials have now suggested a 15% rate, which is a bit of a disappointment for those of who were hoping Joe Biden’s bully pulpit would force the idea through.

According to analysis from the Tax Justice Network, the White House’s original idea would have clawed some $643 billion in extra tax from corporations, with much of it going to poor countries. Under watered-down proposals being considered by the Organization of Cooperation and Development in Europe (the OECD), only $540 billion would be recovered, with a greater proportion of it going to OECD countries themselves.

AML IN THE EU

The European Banking Authority has – in literary terms, at least – the opposite of the Midas touch. Whoever writes its press releases has such a devastatingly dull prose style that they could declare war on Belarus or, at any rate, suspend its banks’ licenses and still fail to raise a flicker of interest.

This is my excuse for having failed to notice a potentially consequential EBA announcement earlier this month about how it plans to make financial institutions obey the rules against money laundering or terrorist financing. EU banks from Germany, Denmark, Sweden, Cyprus, the Netherlands, and many other countries have been involved in an extraordinary run of massive money laundering scandals in recent years, and the EBA has argued for unified rules across the whole bloc.

Translated into English, what this all means is that the EBA plans to “name and shame” banks that fail to adequately follow the rules to stop money laundering. This is important because, not only have EU banks been very good at laundering money, but they have also been very bad at reporting suspicious transactions to regulators.

Between 2006 and 2014, for example, Maltese institutions reported just 940 transactions to the authorities, which is barely more than 100 a year, and other countries weren’t much better. Suspicious Activity Reports are the cornerstone of the battle against money laundering, because without them the authorities would have no idea what was going on. If the EBA’s new policy can help force European institutions to produce more of them, that’s all for the good.

However, this should all come with a caveat. The UK has been encouraging its financial professionals to file more and more SARs for years, with conspicuous success. In the last reporting period, the UK’s Financial Intelligence Unit received 573,085 reports, which was almost 20 percent more than over the previous period. That’s a colossal rush of raw intelligence, packed with enough information to break financial crime wide open. So why does financial crime still exist? The country’s enforcement agencies lack the officers to read the reports, which break over them like a tsunami over a canoe.

In short, it’s good that financial institutions in all EU states will be shamed into raising their standards (not least because being named on the list would be like painting a target on the bank for the U.S. Department of Justice to aim at), but it won’t actually stop money laundering unless EU states adequately resource the law enforcement agencies that receive the reports. And that is a different matter entirely.

How do kleptocrats get away with it? We know that they’re gifted at hiding their money in the cracks and crannies of the financial system, but they’re also good at buffing their reputations so we think of them as philanthropists, and not as criminals at all. A favorite target for their donations has long been British and American universities, who are desperate for money to increase the size of their endowments, and not always too fussy about how they go about it.

This working paper from the National Endowment for Democracy is written by some of the smartest academics working on kleptocracy today (Alexander Cooley, Tena Prelec, John Heathershaw, and Tom Mayne), and I would highly recommend you check it out. 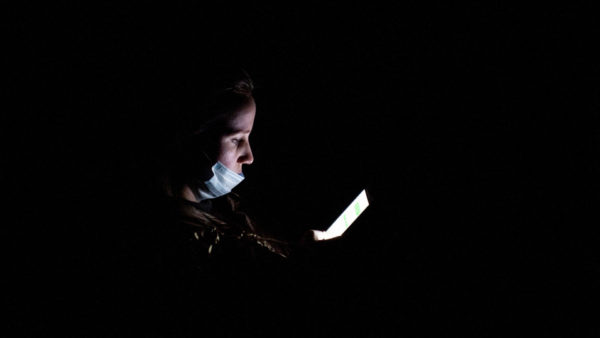 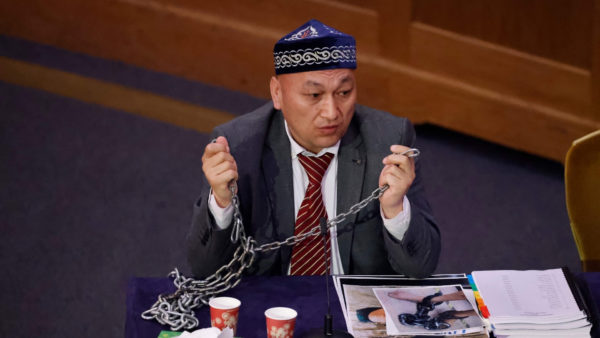