What do NATO expansion, Bonnie & Clyde and Russian nukes all have in common. This story originally ran in our weekly Disinfo Matters newsletter that looks beyond fake news to examine how manipulation of narratives, rewriting of history and altering our memories is reshaping our world. Make sure to sign up

Over the past decade Western governments have spent billions of dollars combatting Russian disinformation: from conferences to academic research to multitudes of fact-checking and myth-busting initiatives designed to expose and explain Kremlin lies. But despite all this effort, what undermines Russian disinformation most regularly and most reliably is, in fact, Russia itself.

The parallel reality that the Kremlin has constructed for itself and millions of Russians is sloppy and full of holes. Take this week’s Victory Day: on Monday, Russian troops lined Red Square in commemoration of the Soviet victory over Nazi Germany in 1945. Vladimir Putin praised them for “preemptively repulsing an aggression” from the West and argued that Moscow had no other choice but to launch the war in Ukraine. He falsely asserted that Kyiv was looking to acquire nuclear weapons and drew parallels between the Red Army’s fight against the Nazi troops and the Russian forces currently fighting in Ukraine.

Later that day, a commemoration concert broadcast on Russia’s Channel 1 featured a stage full of men and women wearing World War II era clothing and waving Soviet flags. But confusingly, one of the giant photos projected behind them (meant to capture Soviet couples during the war) featured instead…the infamous American bank robbers Bonnie and Clyde. Why? I suspect someone at state TV was told to get photos of couples and thought Bonnie and Clyde would suffice. The point stands: Russian disinformation is sloppy.

Then on May 11, contradicting the Russian leader, the speaker of the Russian Duma Vyacheslav Volodin announced that Washington’s real plan was to get all the grain out of Ukraine and stage another holodomor, referring to a famine that killed millions of Ukrainians in the 1930s.

Are you struggling to keep up with all this? That’s the point. Russian disinformation narratives are effective because they are shameless, aggressive and relentless, not because they always align or make sense. But does this narrative messiness make Putin any more or less dangerous?

Putin did the unthinkable and launched a full-fledged war on a sovereign nation. He is now deliberately making everyone nervous about his next steps. Having failed to capture Kyiv, his army looks poised to give up on Kharkiv too — that would signal a serious military setback in the East. With a war at an apparent stalemate, what will he do next?

While May 9 did not bring the call for all-out mobilization that many feared, it is apparently still on the table. So is the possibility — however remote — of a nuclear war. It is a threat Russian propagandists love to dangle on state television. This week for Disinfo Matters, Coda’s Masho Lomashvili tried to figure out how real this threat actually is.

Will he nuke? Or is this just the Nixon-era ‘Madman theory’ in action?

For years, the issue of nuclear weapons gathered dust on the shelves at the backs of our minds. Putin changed that.

Will he nuke? What will be the final trigger? How big will the blast be? These questions are now part of conversations that I am having with my friends at bars.

My friends may not be qualified to answer these questions, but politicians in Western capitals struggle with them too. Not only because nuclear stability rests on many theoretical, hypothetical scenarios, but also because disinformation from the Russian propaganda machine is causing serious nuclear confusion.

As soon as the war began in Ukraine, Vladimir Putin made a direct address to “those who may be tempted to interfere” from outside. He stressed that someone who dares to stand in his way or tries to threaten Russia or its citizens will face an immediate response. The consequences, he said, “will be such as you have never seen in your entire history.”

Daryl G. Kimball, executive director of the Washington, D.C.-based Arms Control Association says Putin’s comments have been pretty consistent ever since and that they align with Russia’s nuclear use policy which includes a right to use nuclear weapons “when the very existence of the state is put under threat.”

But what matters, Kimball says, is that there are no practical signs that Russia is actually preparing for a nuclear attack. “Russia and Putin, in particular, are making these statements to keep the United States and NATO out of direct military intervention in Ukraine,” says Kimball.

Pavel Podvig, a senior researcher at the United Nations Institute for Disarmament Research, pointed me to the “Madman theory” — a common concept in the field of nuclear deterrence, referring to the notion that when a head of state hints that he is irrational enough to resort to nuclear weapons, it increases his power at a negotiating table.

The theory, Podvig argues, is plenty relevant to Putin’s current behavior and that of his officials, who regularly remind the West of Russia’s nuclear capabilities. But it is worth noting that they never make any direct threats.

State media, however, is a different story. Dmitry Kiselyov, the Kremlin’s propagandist-in-chief, recently ran simulations of a nuclear attack on Britain on his flagship show on Russian State TV. “Just one launch Boris, and England is gone. Once and for all. Why play with us?” he said, addressing Prime Minister Boris Johnson directly.

Pundits and analysts on Russian TV have regularly called for the use of so-called non-strategic weapons in Ukraine. By “non-strategic” they mean nuclear weapons that target specific areas that would help Russia’s failing army gain an advantage on the battlefield in Ukraine. But the devastation that they would cause would still be enormous.

Kimball is skeptical about that possibility, because it is both difficult to imagine what the military purpose would be, and because it would likely “draw U.S. and NATO forces directly into the war, which is not what Putin wants.”

Kimball thinks that Russian TV propagandists are making these threats to ingratiate themselves with the Kremlin, and to reinforce a nationalist, pro-war fervor. “The Kremlin could, but it has not rained on this kind of irresponsible warmongering,” he told me.

Raphael Cohen, a senior political scientist at the RAND Corporation agrees. “If you want to distract people from the fact that the war is certainly not going as expected, you try to present a proud, powerful Russia and nuclear weapons have that sort of mystique about them,” he told me.

Russian disinformation, Cohen reminds me, “is not a sort of masterful, highly coordinated jujitsu” but rather “sowing a lot of different narratives out there and seeing which one sticks.”

The bottom line? When it comes to nuclear stuff, pay less attention to Putin’s propagandists and more to what the man himself chooses to say.

WHAT WE’RE READING (AND WATCHING): 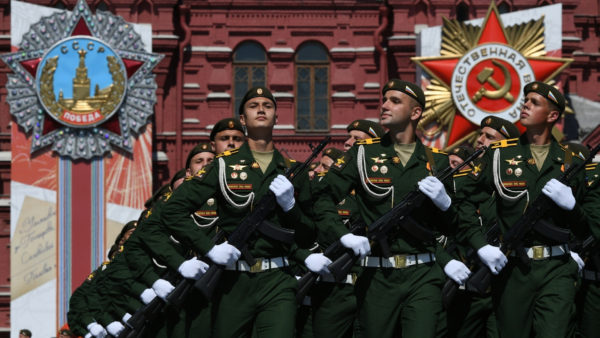 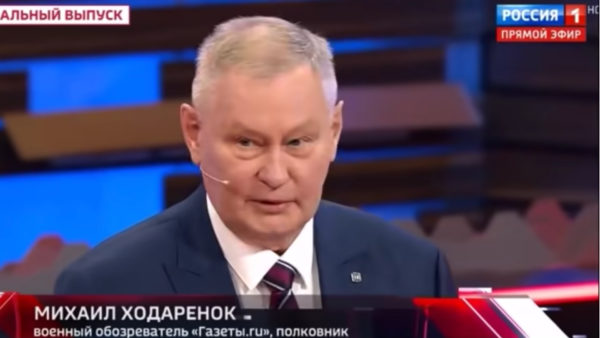