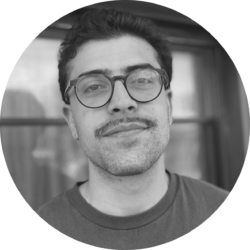 On July 4, 2021, Nourah al-Qahtani, a Saudi mother writing from her anonymous Twitter account, @Najma097, tweeted out a statement in support of a friend whose Twitter handle had been deactivated. “Our brother Saheeb lost his old account,” she wrote. “Please follow and support his new one.” Later that day, al-Qahtani was arrested and charged with “using the Internet to tear the [country’s] social fabric.” She now faces 45 years in prison.

The only reply, to her tweet calling for support for her friend, was written 23 days later. The writer of the message seemed unsurprised by the mother of five’s sudden silence: “And where have you disappeared to?”

Al-Qahtani’s sentence was handed down in the same month as another Saudi woman, Salma al-Shehab, was sentenced to 34 years in prison. Both were peaceful protesters, charged and convicted under the country’s draconian Anti-Cyber Crime and Counter-Terrorism laws. Enacted in 2007 and 2014 respectively, these laws were designed to be both broad and vague, enabling the government to arrest anyone for seemingly any cause it deemed fit. According to estimates from 2017, at least 25 different activists in Saudi have been arrested since 2011—many serving a minimum of at least ten years in prison. The language within these laws enables the court to label any criticism a terrorist act. Article 6 of the Saudi Anti-Cyber Crime law, for example, can be used to charge an individual for the “production of material impinging on public order, religious values, public morals, or privacy.” All that with no specific mention on how that impingement is defined, or what those public values are.

“If you read the law, you’ll find that it’s perfect,” said Abdullah Alaoudh, a Saudi Arabian research director with Democracy for the Arab World Now (DAWN). “You can basically fit anything to it.”

If the country’s Anti-Cyber Crime and Counter-Terrorism laws enable the arrest of dissidents, Saudi Arabia’s Specialized Criminal Court (SCC) makes sure the punishment is brutal. The court was established in 2008 to try individuals accused of terror-related crimes. Since the Arab Spring in 2011, however, it has become a tool to prosecute individuals for actions that would otherwise be seen as peaceful protest. An Amnesty International report on the court from 2020 revealed deep corruption; defendants not being allowed a lawyer, a reliance on confessions extracted through torture, and incommunicado detention.

Under the Saudi Crown Prince Mohamed Bin Salman, popularly known as MBS, former prosecutors have been appointed as SSC judges even for cases that they were once prosecuting. This guarantees both convictions and disproportionately harsh sentences “It’s against every rule in Saudi Arabia,” says Alaoudh of DAWN, “and MBS just did it.” Alaoudh’s father, Salman al-Odah, remains imprisoned in Saudi Arabia for tweets that supposedly expressed “cynicism and sarcasm about the government’s achievements.”

Since MBS became Crown Prince in 2017, Alaoudh says, “he has used the cyber crime laws and the SSC to completely shut down the public sphere.” Al-Qahtani is a particularly outrageous example of the regime’s repressive cruelty: a mother of five who is nearly 50 now faces 45 years in prison for tweeting criticism from an anonymous Twitter account with fewer than 600 followers.

Chinese authorities are collecting DNA from residents across Tibet. Chinese police have taken DNA samples from as much as one-third of Tibet’s population since June 2016, according to a sobering new report from the Citizen Lab, a research institute at the University of Toronto. Investigators found that the project has sourced DNA from women, children, and Buddhist monks.

While Chinese authorities have justified the mass biometric data collection scheme as a tool to fight crime—a familiar refrain from authoritarian regimes—the study concluded that it is being wielded against Tibetans, who have long been the subject of Chinese surveillance and repression, as a “form of social control.” Under Xi Jinping’s rule, Beijing has also conducted mass DNA collection campaigns in Xinjiang — also as a means of control and surveillance, which we’ve covered extensively. We’ve also written about how China’s invasive surveillance system in Tibet served as a testing ground for the repression later unleashed on Xinjiang.

This trend appears to be making its way to New Zealand. A bombshell new report from the country’s privacy commissioner and police watchdog found that law enforcement is illegally collecting biometric data from Indigenous youth. The investigation found that officers fingerprinted minors who hadn’t been charged with crimes, unlawfully retained their biometric data, and developed a “widespread practice” of regularly taking pictures of people for reasons as flimsy as looking “suspicious” or “out of place.” Of the tens of thousands of people targeted for photos, more than half of the subjects were Māori, who “consistently raised concerns that their treatment was as the result of their race.” The revelations follow multiple reports of police illegally taking photos of Māori, who are already subject to a disproportionate number of warrantless searches from law enforcement.

Tech companies are promising to crack down on violent and extremist speech. The news comes out of last week’s White House Summit on countering hate and extremist violence, where President Joe Biden announced that some of the nation’s top tech companies had finally agreed to do more to curb the spread of hate-fueled and violent rhetoric on their platforms. Among the companies that pledged to revamp its policies is YouTube, which agreed to take down “content glorifying violent acts for the purpose of inspiring others to commit harm.”

This, of course, is a long overdue decision. But even if YouTube makes good on its promise, any attempt to combat the spread of extremism is unlikely to make a real impact unless it also addresses audiences outside the U.S. As we’ve previously reported, the vast majority of the platform’s traffic – more than 80% – comes from outside the U.S. And when it comes to non-English language content, extremism and conspiracies, from anti-Muslim hatred in India to political disinformation in Myanmar, spread with far less oversight. “YouTube, like other major Silicon Valley-based but global social media platforms, has until very recently basically turned a total blind eye to what’s going on in other markets,” a leading researcher told me. We’ll be following closely to see if Biden’s announcement ushers in genuine change.