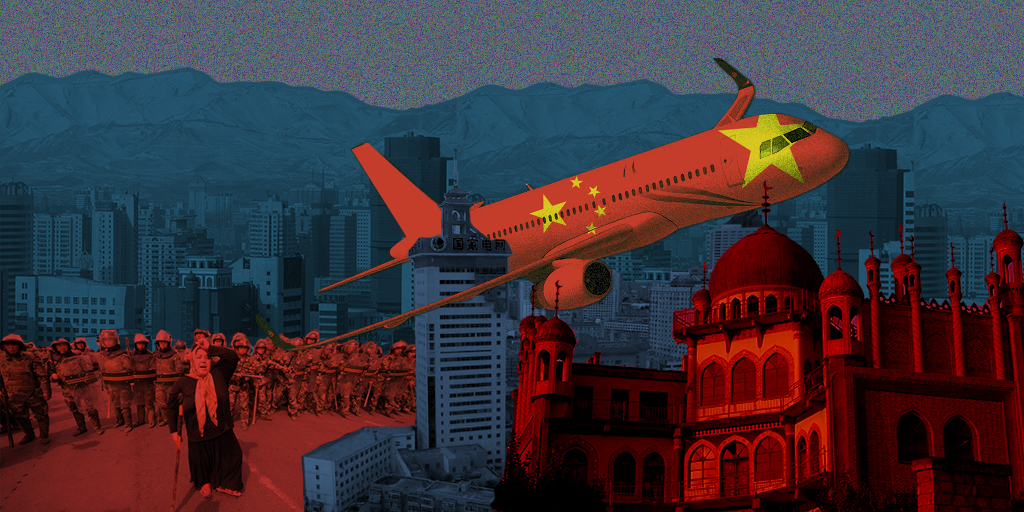 Covering a crisis from the outside is a challenging, but often necessary, job. I have never set foot anywhere near China — and yet I’ve spent much of the past year reporting on stories from inside Xinjiang, the modern-day police state in the country’s northwest. I’ve covered the Uyghur humanitarian crisis from Europe and Turkey, or by making long WhatsApp calls to Uyghurs who’ve escaped to Australia or Canada.

Naturally, I spend much of my time thinking about that silk road region in China’s far west. I think about the mostly-destroyed old city in Kashgar. I think about how the clocks in Urumqi are set to Beijing time, even though it’s several time zones to the west. I think about the yawning silence – how the air feels when at least a million Uyghurs have been disappeared into concentration camps. I think about the apricots: one Uyghur source told me those in Xinjiang are the sweetest she’d ever had. She believes she’ll never taste one again. I wonder, perhaps selfishly, if I will one day — because of my reporting, it also seems unlikely.

This week, I was in Tbilisi, Georgia — where Coda has a newsroom — exploring the eastern edge of the city, where a vast multi-million dollar Chinese development lies, part of the Belt and Road project. It’s a strange, at times eerie place. A huge, gleaming five-star hotel, echoing with emptiness. Deserted strip malls; blank shop windows. And like everywhere in Tbilisi, the odd stray dog. As the wind picked up and the sun began to set, the smell of charcoal and cumin caught the air — suddenly, a clattery Uyghur restaurant emerged from the lengthening shadows. It’s run by one Uyghur woman, who’d been living in Tbilisi for two years. I was desperate to know her story, but for that afternoon I was content to eat her food, drink her tea, and look at the pictures on the walls: Uyghurs playing the dutar; camels running through the Gobi desert; traditional undemolished Uyghur homes.

Xinjiang has been dominating my thoughts this week after having several long phone calls with Olsi Jazexhi, an Albanian-Canadian journalist and academic who went to the region in August on a North Korea-style propaganda tour. For months, Jazexhi had been reading the reports about the Uyghur humanitarian crisis, and decided to investigate for himself. “I approached the Chinese embassy in Albania and presented myself to them as an Albanian journalist. I told them I’d seen so many stories and I don’t believe them to be true,” Jazexhi told me.

“I never imagined what the media were saying was true and that things were even worse – even more tragic.”

Jazexhi arrived at Urumqi airport on a hot day in mid-August, alongside a group of foreign journalists, mostly representing state broadcasters from countries along the silk road economic belt. He was greeted by his guides for the trip: a group of Chinese Communist Party officials. “We were given first class treatment,” Jazexhi said. “Wherever we went, state police were at our service. The traffic was stopped and the police opened the way for us. We were treated like presidents.”

The journalists stayed in five-star hotels while they toured the cities of Xinjiang and were lectured on China’s so-called “de-extremification” program to stamp out terrorism and separatism in the region. “They presented us with their own version of the history of Xinjiang,” Jazexhi said. Almost every night, the journalists were given a show. “A group of boys and girls were selected to sing and dance for us everywhere we went. They were using Uyghurs like monkeys in the zoo.”

“They wanted us to see these people singing and dancing so that when we came out of China we could tell people, ‘there are no concentration camps. There are kids who sing and dance, and they’re very happy.’”

The journalists toured the mosques, many of which Jazexhi described as simply a front for Chinese party propaganda. “They wanted to show to the outside world that there were mosques in Xinjiang,” Jazexhi said. He ventured into one of the mosques near Urumqi’s grand bazaar. “But when I went in I found there was just a store.”

Many of the other mosques were simply shuttered or had been turned into museums. In Kashgar, the famous Id Kah mosque was open only on Fridays. “We saw only elders – people 55 years and above — praying. The youth were afraid to pray,” Jazexhi said. “In the sermons the imams praised Xi Jinping and the Communist Party.”

The centrepiece of the Xinjiang press trip was a visit to one of the region’s so-called “vocational training centers” — the vast concentration camps where a million Uyghurs are currently held. In a convoy of minibuses, the group drove out of the city of Aksu into the bare, open desert. The camp, which Jazexhi’s Chinese minders referred to as a “school”, was surrounded by rocky nothingness.

“It was in the middle of nowhere,” Jazexhi said. “It was a kind of Alcatraz – even if they could climb the walls and jump, they would be dead in the desert.”

Jazexhi tried to interview some of the camp’s inmates — to the consternation of the guards, who preferred that he watch another dance performance. “I told them, ‘I’m sorry, I did not come from Europe to watch a show,’” Jazexhi said.

When he did manage to talk to some Uyghurs, Jazexhi was deeply disturbed. “We understood that they were under total control of their Chinese guards and totally terrified to talk to us.”

Jazexhi asked the inmates why they had been detained. “They started responding that a year ago they read the Quran, or posted on the internet that Muslims should pray five times a day. Things that are basic human rights we have in the West. Their only crime was that they are Muslims.”

The Aksu camp was a turning point for Jazexhi. “When I was there I understood the Chinese were playing with us,” he said. As the group was ferried back to the comfort of their five-star hotel, Jazexhi faced a discomfort familiar to any journalist who’s been on a state-funded press junket (I was reminded of a recent, lavish press lunch laid on by the Moscow Center for Innovations while I was reporting for a dispatch on their surveillance program).

“It’s a kind of irony, after all they paid for my trip and they were expecting me to behave myself,” Jazexhi said. “I questioned myself: should I reveal the truth, or should I — for the sake of the treatment the Chinese gave to us — lie. But by doing this I would ignore these poor people who are suffering in these concentration camps.”

Jazexhi made a series of YouTube videos about his experience in Xinjiang, and also posted footage of his time in the Aksu camp. You can watch it all here. He made the only real choice available to him: to tell the truth. “I know that now I am an enemy of China,” he said. “But at least I told the world what I saw.”

Continuing on the China theme, have a read of this dispatch by reporter Rui Zhong on the social credit scheme’s growing influence in the country. One of the most chilling elements Zhong picks out is the reality that citizens who don’t pay their debts live in fear of being outed as a “debt-dodger.” How? By having their face plastered onto advertisements on Chinese TikTok.

Think your pets are safe from authoritarian tech? Think again. Last week, a Russian security researcher accidentally found a way to hack and take over all FurryTail automatic pet feeders across the globe. Anna Prosteva of St Petersburg, Russia, told business tech website ZDnet that the feeders’ vulnerability would allow a hacker to hijack the feeding schedules of more than 10,000 furry friends living around the world. Surveillance? More like purr-veillance.