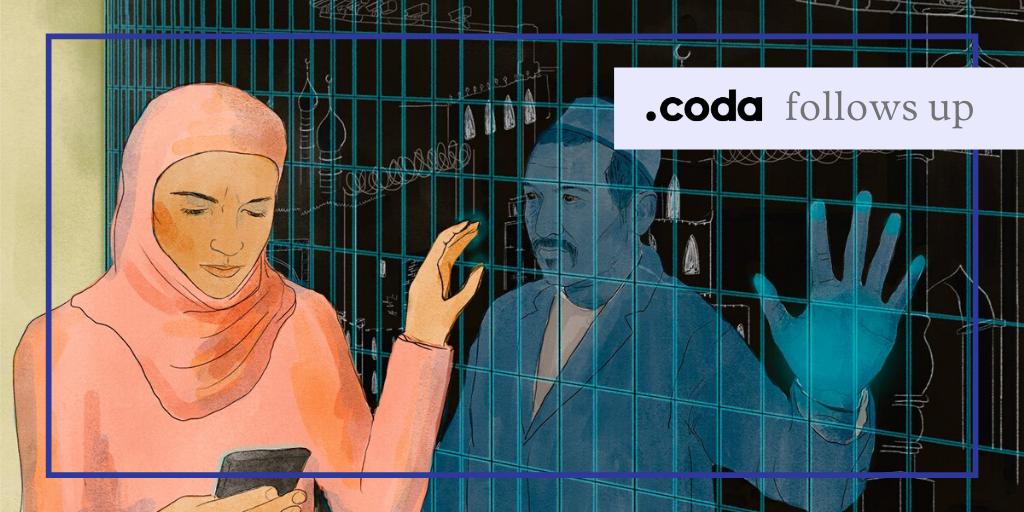 We don’t just follow stories, we follow up. A year ago, our reporter Isobel Cockerell traveled to Istanbul, where she spent time with a community of Uyghur refugees, mostly women, who managed to escape the mass detention of Muslims in China’s Xinjiang province. Here, she follows up with them in the wake of a huge document leak revealing how China orchestrated its mass detention program.

Last week, a cache of documents leaked from deep within the Chinese government was published by the New York Times, exposing the architecture of China’s brutal repression of its Uyghur population in Xinjiang, where more than a million have been imprisoned in concentration camps.

My thoughts turned to what the documents meant for Uyghurs living in exile around the world, many of whom still have relatives trapped in Xinjiang. I called Uyghur poet and scholar Abduweli Ayup, who I first met in Istanbul. Ayup now lives in Norway, which has granted asylum to a small group of Uyghur refugees.

Ayup told me he was shocked by the documents. What disturbed him particularly, he said, was the revelation that President Xi Jinping was the driving force behind the policy in Xinjiang. He explained he had nursed the hope that the Uyghur crisis was the brainchild of the region’s top official, Chen Quanguo – who’s been described as the architect of the camps – and would be discontinued when Chen left office. Ayup had envisioned going home “as soon as possible” once the policy ended. “I read that the designer of this policy is Xi Jinping. I realized things will not change, even if they replace the governor. It made me very very disappointed,” he said.

Miyesser Mijit, 29, the young Uyghur woman whose brother was recruited into the Xinjiang police force, had a similar reaction. Especially revealing for Mijit, who studied outside Xinjiang, were the directives advising local officials on how to deal with Uyghur students returning to the region for the summer vacation. The documents advised the officials to say the students’ missing relatives were “in a training school set up by the government,” and to tell students that their behavior could affect how long their families were kept in the camps.

“I didn’t think that they had such a big plan for this situation,” Mijit said. “I can’t imagine how it came to this level.” Mijit vividly remembers returning herself to Xinjiang in summer 2015, as the crackdown on Uyghurs was gaining momentum. “The weather was very good,” she said, “but something was very dark. You just felt very bad. All around you was just darkness.” After that summer, Mijit would not return home again.

Kalbinur Tursun, 36, also has no plans to return. As the authorities closed in on her family, Tursun was forced to leave her husband and five of her children in Xinjiang, escaping with one child and pregnant with another. Shortly after she left, Tursun’s husband was arrested. She hasn’t heard news of him since. Via footage she came across by chance on Chinese video-sharing app TikTok, she discovered her elder daughter, Aisha, had been taken to an “orphanage” for Uyghur children. “For me it’s important to believe that my other children are alive,” she said.

When I visited last year, Tursun’s youngest child Marziya had just turned two, and had never met her father. She is talking now, Kalbinur told me.  “Every day she asks, “Where is my father?” As far as Tursun knows, Marziya’s father is still in Xi Jinping’s concentration camps, along with an estimated one million other Chinese Muslims.

Read more about Mijit, Tursun, and Ayup in my multimedia feature on the Uyghurs, published in May. I’ll keep reporting on the Xinjiang crisis as it continues to unfold. @isocockerell