The year in Russian disinformation campaigns

Since before Russia’s invasion of Ukraine, the Kremlin has been cooking up disinformation to justify its war. Several narratives have resonated around the world

The disinformation proliferating from the corridors of the Kremlin since Russia’s invasion of Ukraine in February has swung from deeply sinister to absolutely absurd. From falsified claims that Kyiv was developing biological weapons with the help of a Western ally to fabulist threats of animals spreading dangerous viruses, the constant waves of deliberately deceptive information has meant that the most serious conflict on the European continent since the 1990s has evolved into a hybrid war — an on-the-ground military offensive and an information battlefield.

In fact, this year’s renewal of Russia’s war in Ukraine emerged from pre-existing twisted narratives. Espousing an alternative reality, Russian President Vladimir Putin has grounded his “special military operation” in false claims that Kyiv was orchestrating a genocide against Russian speakers in the country. He has unfurled a web of lies about the Ukrainian government having Nazi sympathies. Putin’s venomous dislike of the truth has now resulted in thousands of deaths in Ukraine and millions of people displaced.

Since late February, the disinformation frontlines in this war have evolved. At first the disinformation from Moscow was pushed out by state-backed media outlets and a worldwide web of influencers and allies. But as sanctions limited the reach of Russian state broadcasters, and social media platforms attempted to curtail information pollution about the war, the Kremlin’s disinformation machine worked to influence the Russian diaspora and shore up support from vulnerable domestic media globally.

As the conflict dragged on, some organizations have profited from the ad revenue accrued from Russian lies. An investigation by the London-based Bureau of Investigative Journalism found that Yandex, the Russian version of Google and a Nasdaq-listed organization, helped “sites pushing false Russian claims make thousands of dollars a day through on-site adverts.”

As the war shows little sign of slowing down, and with 2023 on the horizon, here are some of the key disinformation moments from the Russian invasion of Ukraine in 2022.

Russia thought it could take Ukraine within a week. As tanks rolled across the border from Belarus and residents in Mariupol witnessed the brutal destruction of their city, a Belarusian-linked hacking group called Ghostwriter began to target the accounts of Ukrainian military and public figures. Like the tank assault on Kyiv, their campaign failed, and when it became clear to the Kremlin that the Ukrainians could successfully defend their country, the tone of the disinformation changed. The new messaging attempted to gaslight the world. Speaking on March 3 at a security council meeting in Moscow, Putin said that the “special military operation is going strictly according to schedule.” Since then, the same refrain has been used in spite of crushing Russian defeats both in the war and in the court of public opinion. But, as laid out by the Canadian government, “Russia wouldn’t need to mobilize another 300,000 citizens if its illegal war of aggression in Ukraine was going as planned.”

One of Moscow’s most incendiary lines of disinformation came early on in the war when the country’s Foreign Ministry claimed that special forces had found documents showing “evidence” of U.S.-financed military biological experiments in Ukraine. Playing off fears that the conflict would see casualties from the use of biological or chemical weapons, this disinformation flew around the world. It got the backing of Chinese officials, who had previously tried to distance themselves from the war. “This Russian military operation has uncovered the secret of the U.S. labs in Ukraine, and this is not something that can be dealt with in a perfunctory manner,” a Chinese spokesperson said at the time. In the United States, where the government was scolding Russia for its information war, QAnon conspiracy theorists were quick to capitalize on the disinformation to buttress their own narratives.

The mass murder and torture of Ukrainian civilians by Russian troops in Bucha became evident to the world in early April. At least 458 people were killed in this town west of Kyiv, their bodies left scattered on roads, in shallow mass graves and in destroyed buildings. According to the Office of the United Nations High Commissioner for Human Rights, children were among those who were unlawfully killed. The horrors of Bucha not only showed the world the brutality of Russian troops but crushed Moscow’s claims of superior military prowess. The Kremlin’s rhetorical response was to falsely assert that the massacre was faked by Ukrainian forces to provoke Russia. In the following weeks, Putin and his spokespeople would deny any responsibility for the same horrors that emerged in Irpin and Izium. To this day, Moscow claims its forces do not target civilians.

The war in Ukraine has caused the largest displacement of people in Europe since World War II. According to the U.N. there are approximately 7.8 million refugees from Ukraine across Europe, while 4.8 million people have received temporary protection. But even as Europeans threw open their doors to those fleeing the Russian advance, pro-Russian websites and social media accounts were able to circumvent EU sanctions and effectively spread disinformation about the refugee population. Allegations that Ukrainian refugees were financially well off, that they were depleting resources for native populations and presented a security threat to host countries were widely shared. In the Czech Republic, Russian disinformation poured into the physical world when, in September, over 70,000 people took to the streets of Prague to protest the Czech government, Russian sanctions and assistance given to refugees.

The hybrid war in Ukraine mirrors the Syrian experience. Rife with Russian disinformation, the Syrian civil war marked its 11th year in March. Meanwhile, on the African continent, the Wagner mercenary group is pushing disinformation through powerful social media influencers to shore up support for its war in Ukraine and involvement in local conflicts. The Kremlin’s disinformation machine in 2023 will not slow down. 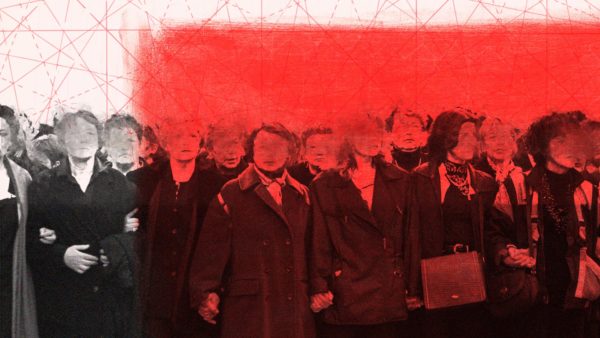