In 2018, Lily Hyde reported on how healthcare played a key role in the propaganda war between the Ukrainian government and separatists in the Donbas region of Eastern Ukraine.

The Covid-19 pandemic hit Ukraine just as the Donbas conflict approached its sixth year. Hostilities began in 2014, when Russian-backed rebels declared the formation of independent republics in Donetsk and Luhansk. Now, both government-controlled and separatist areas in the region are suffering the economic impact of lockdown measures.

The closure in March of crossing points between Ukrainian and rebel-controlled areas of the Donetsk and Luhansk regions due to the pandemic has had a severe effect. These crossings are important economic lifelines for the more than two million people who traveled through them every month before the pandemic. Their closure has also prevented students in non-government areas from traveling to university examinations, but the hardest-hit have been elderly residents of separatist areas who needed to cross into government-controlled territory to collect their pensions.

The checkpoints have now been reopened, albeit with restrictions that still make it extremely difficult for most people to pass through them. Many have been forced to take an onerous detour through Russia instead.

According to Vitaliy Syzov, head of the think tank Donetsk Institute of Information, “It takes about 16 hours to get from one part of Donetsk to another part, through Russia, and they have to pay a fine because they cross the border illegally.”

During the pandemic, separatist-aligned media outlets have also pushed the idea that their areas are doing a better job of dealing with the virus than Ukraine itself.

“They try to scare people that in Ukraine, the situation is worse than in Donetsk or in Luhansk,” said Syzov. According to a report from UkraineWorld, an online publication focused on countering disinformation, one narrative that caught on in pro-Russian media has been that “the West is trying to rob Ukraine during the pandemic and turn it into a colony.”

In the war-torn Donbas region, all sides have struggled with medical shortages. Ukraine as a whole is currently seeing a spike in cases that is likely to keep rising. “People are not happy with public health services on both sides,” said Orysia Lutsevych, manager of the Chatham House’s Ukraine Forum.

While reliable statistics are hard to come by, Igor Mitchnik of Drukarnia, a civil society center in Sloviansk, a city in the Donetsk region under government control, said that separatist areas were slow to take the virus seriously. “Until March they tried to pretend that Covid is not affecting them,” he explained.

According to Syzov, separatist officials in Luhansk imposed quarantine measures opportunistically, in order to suppress a miners’ strike in June. The Donbas region is heavily dependent on coal mining and has been plunged into crisis as a result of the current global economic downturn.

If there is one bright side of the pandemic’s effect on Ukraine, it is that it may have played a part in reducing the bloodshed, as both sides have largely respected a ceasefire. “Right now we have an unprecedented situation in which we have many days without any ceasefire violation. We’ve not had such a calm situation since 2014, since the conflict began,” said Nikolaus von Twickel, an analyst at Civic Monitoring, which publishes research on the Ukraine conflict. 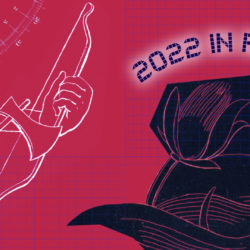