On the frontiers of the “Russian World”

How homosexuality got caught up in the war in eastern Ukraine

It was a windy afternoon and Anfisa Glushenko, a 23-year-old volunteer from the self-defense forces of the Luhansk People’s Republic, was in a chatty mood. As the car sped past the charred gas stations and abandoned villages of eastern Ukraine, she kept her green eyes focused on the road and her manicured red nails folded on her camouflage trousers. “I can’t remember the last time I wore a dress,” she said proudly as we drove from her native Luhansk to Donetsk, another rebel-held city in Ukraine’s east.

It was April 2015. The fighting between the Ukrainian government and Russian-backed rebels that had wrought so much destruction in the east of the country had quieted down, but for Anfisa the war was far from over. When the conflict erupted in the spring of 2014, she had been a student in Kiev. She used to dream of traveling the world and on occasion even joined her friends at pro-European demonstrations in Kiev’s Maidan Square. Then, shortly after Russian President Vladimir Putin annexed Crimea and pro-Russian demonstrators came out across the east, Anfisa visited her family in the east’s industrial heartlands. Everything changed.

“When I came back home and saw what was happening here it felt like a fog had lifted in my head. I know we are on the right path and now I know there is an alternative to all the crap that the West is feeding us,” she said.

What kind of Western crap? Anfisa didn’t blink: “Gay marriage.” Homosexuality, in her view, was a byproduct of Western liberalism, a sign that the West had lost its way.

The alternative of which she spoke so ardently is called “Russki Mir” — literally “Russian World” — an umbrella term coined by the Kremlin to promote the idea of a Russian civilization that is superior to the materialistic individualism of the West. The Russki Mir is not about geography, although for a while the idea of recreating Novorossia, the 18th century Russian Empire which included parts of modern-day Ukraine and Moldova, fuelled the rebel movement in eastern Ukraine.

Russki Mir, as Putin explained when he popularized the term, is a civilization which Russians and Russian-speakers all belong to, but any right-thinking person can also join. In April 2014, Putin used his annual televised phone-in with members of the public to talk about the deepening civilizational gap between Russia and the West. A person who belongs to the Russian World, he said, was a higher, more moral being, “preoccupied with thinking about his or her own moral role in the world.”

Ever since, the Russian media has presented Russki Mir as an Orthodox Christian antidote to Western liberalism, and homosexuality as one of the greatest dangers facing both societies.

This idea found fertile ground among the young people of rebel-held Ukraine. Vadim Topalov, a 20-year-old political science student at the Donetsk National University, says he is worried about the spread of values like tolerance or freedom of expression, which he believes are dangerous for post-Soviet societies.

“I don’t get that whole concept of tolerance,” he told me, adding that Joseph Stalin was right to send hundreds of thousands to the Gulags, because otherwise “dissent would have ruined the Soviet Union.”

Vadim may have no first-hand experience of the Soviet Union but, like Putin, he believes that its collapse was a great catastrophe. Preventing further societal collapse, he argues, is a priority and it is directly linked to homosexuality.

“Homosexuality has become a political tool that Western countries use to break up our society. It’s unacceptable in our culture and it should stay as a taboo. If you start discussing it, it will divide us and eventually break up the society,” he explained.

Homosexuality has become a political tool that Western countries use to break up our society.  —Vadim Topalov, student in Donetsk

Vadim, like many in eastern Ukraine, was influenced by the work of Aleksandr Dugin, one of the founding fathers of Russki Mir. Until recently, Dugin was an obscure political scientist calling for the destruction of America and the revival of the Russian Empire through the reunification of all Russian-speaking lands.

Today, Dugin’s theories have entered Russia’s political mainstream. He is even credited with being the brains behind Putin’s domestically popular decision to annex Crimea (Dugin has also advised the rebels in Eastern Ukraine). He has often denounced Western consumerism and lack of spirituality. But when I rang Dugin to ask for an interview, his wife and secretary Natalia Makeeva told me that due to the “dramatic increase in demand” Dugin no longer spoke to journalists for free, but would happily explain Russki Mir to me for a 500 euro fee.

Demand for Dugin may be declining though. As the sanctions-pressed Kremlin has toned down its involvement in Ukraine in recent months, public discussions of Novorossia and Russki Mir have also subsided.

But the traditionalist ideas behind it continue to be promoted by dozens of Kremlin-backed non-governmental organizations across the world. In the same way that US-funded organizations openly support initiatives that promote US-style democratic values, Russia supports organizations promoting so-called “family values.” From the Caucasus to the Baltics and beyond, these groups tap into a conservative vein in the societies in question, promising them protection from the corrupting influences of the West, and from homosexuality in particular. It seems to be working.

In certainly worked in Ukraine, where the Kremlin’s influence came under serious threat with the explosion of anti-corruption protests in 2013. Though protesters succeeded in toppling the government, their reform agenda was soon drowned out by talk of a clash of civilizations. This narrative rallied people like Anfisa, who might have otherwise found common cause with the pro-European protesters. The villain in this story was not Ukraine’s venal political elite, but the West and its determination to impose its values. In case anyone doubted what those values were, Russian TV coined a memorable portmanteau: “Gayropa.”

The “Gayropa” idea was just a bridgehead into more deep-seated fears among the people of eastern Ukraine that their interests and way of life were under threat.

The new, pro-Western government in Kiev didn’t help matters when it repealed a law making Russian the official language of the eastern provinces. Although it was never enacted, the Russian media portrayed this as a ban on the language and the start of an offensive against Russian speakers everywhere. Thousands took to the streets, occupying local administration buildings and declaring their loyalty to Russia and Putin. The ban, many of them said, was just the beginning of a new American expansionism, which would inevitably result in the spread of homosexuality. “The gays from Europe are coming,” one protester in Luhansk told me in April 2014. “They’ll force you to sleep with another woman. Is that what you want?”

There is more to Russki Mir than conspiracies and homophobia. Its supporters argue that it is truly and fundamentally different from the world of Western values. Andrei Purgin, one of the rebel leaders and a co-founder of the self-declared Donetsk People’s Republic, says the basic difference between the Russian and Western civilizations lies in their approach to justice. “The Latin tradition uses the rule of law, while in the Byzantine tradition, which informs the Russian civilization, justice is based on a feeling of fairness rather than the rule of law,” he said.

Europe’s troubles, including the rise of the far-right, he said, proved that it was only a matter of time until the West collapsed under the corrupting weight of individualism.

We spoke in his office in Donetsk, surrounded by portraits of Stalin and Putin. 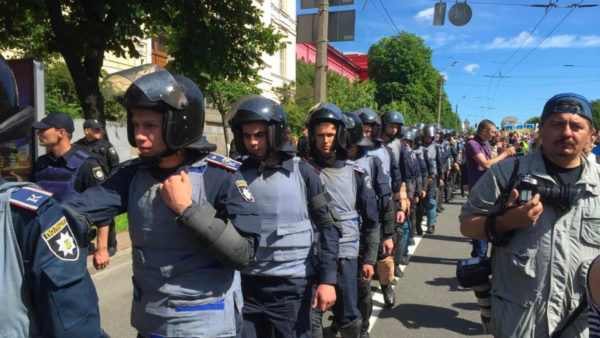 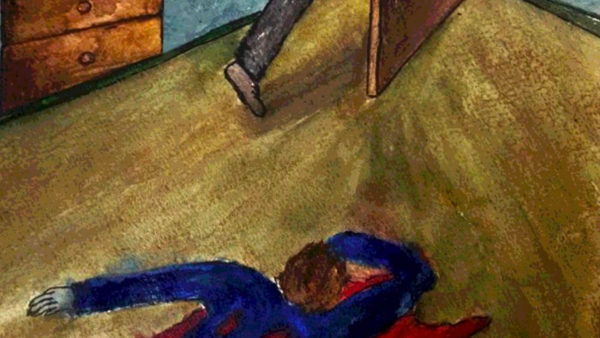