Italian high school students are being taught how to spot fake news stories and conspiracy theories, ahead of parliamentary elections due next year.

Among the lessons being introduced for at least 8,000 high schools will be a kind of Ten Commandments on how to treat online content, according to The New York Times. Examples include: Thou shalt not share unverified news; thou shall ask for sources and evidence; thou shall remember that the internet and social networks can be manipulated.

The president of the lower house of Italy’s parliament, Laura Boldrini, who has spearheaded the initiative, hopes the course will become a model for other European countries fighting what she calls the “poison” of fake news

Similar initiatives are also underway for some high school students in Slovakia, as reported by Coda, but without coordinated government backing.

Italy’s push back against fake news has been precipitated by the success of the country’s populist Five Star Movement party, founded by comedian Beppe Grillo, in using conspiracy theories to gain support from voters across the political spectrum.

And some websites and social media accounts backing the party have been recycling fake news from Russian-owned platforms, according to a BuzzFeed report last year.

There has also been mounting concern in the Czech Republic about the influence of sites propagating fake news, many of which take a pro-Kremlin line. 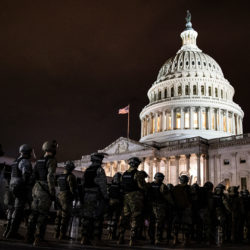