Under Putin, the Second World War victory day commemoration has been shaped by a carefully choreographing of an invented tradition

On the evening of Thursday, April 28, Russian tanks and other military hardware flying red flags and decorated with the recurring orange and black stripes of the St. George Ribbon appeared on the streets. That night tanks rolled, soldiers marched, and rocket launchers shuddered their way through city streets in a remarkable demonstration of military might.

This was not part of the Russian Federation’s renewed assault on the Donbas and eastern Ukraine, but rather the extensive rehearsals for the May 9 Victory Day parades. This year the Russian state has invested its annual commemoration of Soviet victory in the Second World War — its statement of military might — with additional significance. Video clips of the rehearsals in Moscow and St. Petersburg circulated on social media. Spectators posed for photographs and videos, Russian press agencies circulated videos and details of the rehearsals on their telegram channels, western news outlets shared footage. Preparations for Moscow’s parade began much earlier. By April 19 soldiers were already pounding the parade ground in Albino, a small rural town outside Moscow.

In the late Soviet era details of Victory Day parades were closely guarded secrets. But in 2022 the Russian Ministry of Defense released detailed plans of the parade order, including the units, weapons, and aircraft involved. Victory Day preparations can be followed more closely than ever before.

The centrality of May 9 in the Russian national calendar and consciousness seems well established, an almost inviolable moment in Russian public life. In April 2020, at the height of the coronavirus pandemic, preparations for the 75th anniversary of the Second World War’s end continued. The rehearsals of nearly 15,000 soldiers tightly packed on the Albino military proving ground were memorably captured in a video, featuring some expressive Russian swearing, which went viral on social media. The parade was not canceled but rather postponed for two months.

It is testimony to the power of the public ritual and its propaganda value that they have been understood as a sacred element of national war memory with deep historical roots. May 9 and Victory Day commemorations, however, were at heart an invented tradition, a carefully choreographed statement of memory politics with a long and complicated history. It might seem, at least superficially, that Putin’s regime continued a Soviet tradition, but the reality as many historians have demonstrated was more complicated. Victory Day parades invoke history and exploit historical symbols, but they have also shaped history and its meaning.

According to the Ministry of Defense, 11,000 soldiers, 131 units of military hardware, and 77 aircraft have been involved in and will participate in Moscow’s parade. The RIA Novosti press agency has reported that a group of MiG-29 fighter jets will overfly Red Square in a Z formation, “in support of members of the special operation in Ukraine.”

There has been speculation for weeks that Vladimir Putin required decisive military breakthroughs and tangible victories to present before the people at the May 9 parades; that Putin will formally declare war on Ukraine in a May 9 speech on Red Square, dismantling the notion of his “special military operation” and issue a general mobilization; and even more recently that Russia will include 500 Ukrainian Prisoners of War, a clear contravention of the Geneva convention. These predictions may turn out to be true, but they all attest to the enduring importance of Victory Day in the Russian, and indeed to the western, political imagination.

Whereas Europe marked Victory Day on May 8, 1945, the Soviet Union’s announcement of victory came one day later, on May 9. It became the date on which the anniversary of the war’s end in Europe was marked, overshadowing the end of the war in the Soviet East in September 1945. The celebrations in 1945 that marked May 9 were spontaneous and unscripted. People gathered on the streets to sing, dance, and drink, celebrations independent of the Stalinist party-state. The first Victory Parade took weeks of planning and was scheduled for June 24, 1945. 40,000 soldiers from specially selected regiments marched across Red Square, as Stalin and other party leaders watched from Lenin’s mausoleum.

As befitted a closely choreographed propaganda spectacle, it was filmed and photographed for posterity. It signaled a return to a more regimented post-war politics, society, and culture, reinforcing the Stalin cult. All subsequent victory parades were in dialogue with this occasion. It is no coincidence that the website giving details of the units participating in the 2022 parade also publishes documents from Ministry of Defense archives detailing preparations for the first victory parade.

The June 24, 1945 parade was a dramatic moment in Stalinist public culture, but this effort was not sustained. On May 9 of the following year, in 1946, the day was not marked by a military parade. Indeed, May 9 was recategorized as a normal working day in late 1946, with the result that victory day in May 1947 was afforded less attention. This is often understood as the beginning of a more repressive phase of memory politics. It was not that the state encouraged forgetting; much about the war was too painful and divisive to be confronted. For nearly two decades Victory Day was marked by informal get-togethers of old comrades, political meetings, and firework displays, not grandiose military parades.

It was not until 1965 and the 20th anniversary of the war’s end, that another parade was organized. They were reserved for landmark anniversaries in 1985, 1990, and only becoming an annual fixture after the 50th anniversary in 1995. What seems like a deeply rooted historical ritual is relatively new.

Common elements, for example the prominence of the Victory Banner, remain. Yet throughout the post-Soviet period the dynamics of memory on display were in flux. The commemorations of the 1990s were more modest than Soviet parades, a product of economic crises, restricted budgets, and the collapse of the Soviet symbolic repertoire.

Under Vladimir Putin, however, a slicker presentation has signaled a more assertive Russia, trumpeting its military might and great power ambitions to domestic and international audiences. Putin’s first parade in 2000 was just two days after his first presidential inauguration. Since 2005 the media management of victory parades has become increasingly sophisticated. Clever camera shots and polished productions have turned the parade into a media event, choreographed for viewers at home.

It has become the most important holiday in the civic calendar, commemorating a moment in the national past that all citizens are told they can proudly celebrate. There was a time when foreign politicians, statesmen, and diplomats attended Victory Day parades. In May 1995, for example, Bill Clinton and John Major both attended. But, since 2014 and Russia’s invasion of Crimea and the war in Eastern Ukraine, foreign, particularly western leaders, have ceased attending.

As the number of remaining veterans of and eyewitnesses to the Second World War dwindles, Russian war memory has ossified, becoming as clunky as the T-34 tanks that have become a commemorative prop. Approaching war memory through the prism of a sacred victory has long served to justify the sacrifice and loss of life in war but creates difficulty with the multiple stands of the Soviet and Russian war experience that sit uncomfortably with this framework. So much of the horror of war, the pain, suffering and human costs are excluded from this sanitizing celebration of victory and heroism.

The set-piece parades in Moscow and St. Petersburg frame Victory Day through the priorities and objectives of the state. War memory has long been harnessed for political purposes. But people do not always operate within the official structures of memory. Since 2011, when its popularity grew, some Russians have participated in Immortal Regiment parades, where citizens carry photographs of deceased relatives who participated in the Second World War.

Others might watch a Soviet war film on television, visit a relative’s grave, or finish a bottle. Beyond the Red Square pomp, local war memories and commemorative practices abound. A recent volume of essays has examined how Victory Day celebrations are marked in cities, locales, and spaces across Russia, in formerly Soviet occupied territories in eastern Europe, and beyond. It demonstrates how commemorative activity can be local and regional, how these have changed over time and frequently depart from official scripts.

Outside Russia, diasporic communities have long structured their own Victory Day commemorations around Soviet war memorials in their cities and communities. In 2015 Immortal Regiment parades were organized in over forty countries, many of these with significant Russian communities.

On May 9, 2022, eyes will be focused on Red Square, ears on Vladimir Putin’s words.  However, a better indication of changing memory politics and the importance of the cult of the Great Patriotic War to Russian political culture may be apparent in how Victory Day is marked in Russian occupied Ukraine.

Putin made a surprise visit to Crimea on Victory Day in 2014. And since 2015, Victory Day parades were unfurled in the self-proclaimed Donetsk People’s republics, which frequently featured military equipment in contravention of the 2015 Minsk agreements. What happens in Kherson, Melitopol, and Berdyansk, all Russian occupied cities, may be as instructive as the ceremony on Red Square.

Regardless of where Victory Day is marked, the use and abuse of history and war memory is likely to be intermingled with Russian nationalism, militarism, and wider geopolitics. It will be a toxic combination. 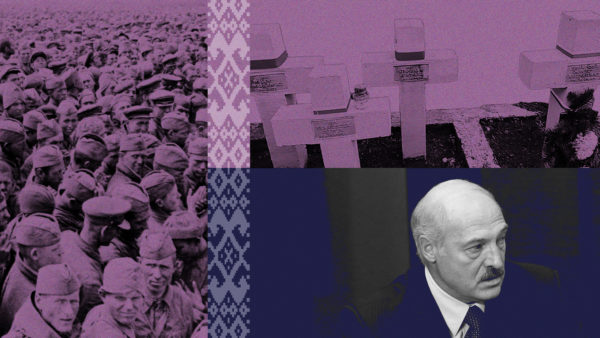 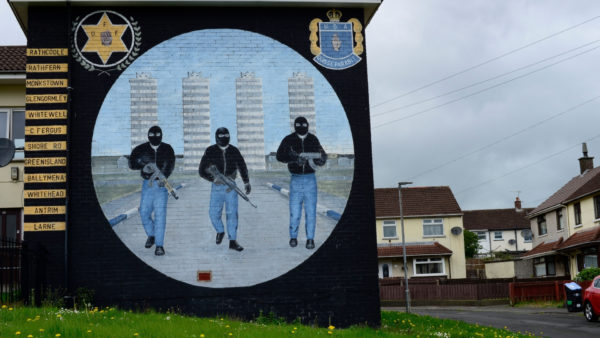