Pop stars, sex and communism: the story behind an East German youth magazine

Run by the state, Neues Leben sought to inspire a new generation of socialists

Nadja Klier was just 14 years old when she was exiled from East to West Germany in 1988, on account of her mother’s pro-democracy activism. One thing from that time that sticks in her memory is the delight she felt on seeing long shelves of magazines in shops. “I stood in newspaper stores,” she says. “There were hundreds of magazines, and I read them there because I couldn’t buy them all. I soaked them up like a sponge.”

She was especially keen on the advice columns, even though the questions — “Does he love me?”, “How do I get him to notice me?” — were pretty much the same in every magazine she read. She liked the idea that people could confess their secrets, and that others would listen and respond.

In East Berlin, Klier had, like many other teenagers, grown up reading Neues Leben (New Living), the only mainstream monthly teen magazine published in the German Democratic Republic. While Western publications were banned from the country, Neues Leben was published by the Free German Youth (FDJ), the official youth organization of the Communist Party, which set out to instill the values of the state in young people.

The magazine, which ran from 1953 to 1992, was modeled on West Germany’s trashy teen title, Bravo. However, it was also under strict instructions to make state youth projects look appealing to teens. So while it featured articles about sex, relationship advice columns and profiles of pop stars, it also included glowing reports of young workers who gave up their weekends to participate in FDJ initiatives, such as volunteer home-building and recycling projects.

In January this year, I visited Ingeborg Dittmann, the former editor of Neues Leben, in her house in the outskirts of Berlin. Dittmann worked at the magazine from 1973 to 1992, and now publishes a monthly newspaper about arts and politics for her neighborhood. We sat in her living room, while she smoked cigarettes and went through old copies of the magazine.

“This was our most popular column”, she said, flicking to the back of an issue and pointing to a headline, “schreibst Du mir, schreib ich Dir” (Write to me, I’ll write to you). This personal ads page was where East Germans under the age of 26 advertised for pen pals. Young people from other communist countries, including the USSR, Hungary, Romania and Cuba could send in their details, too.

“It was for young people who couldn’t get out,” Dittmann explained, referring to the heavily guarded border that prevented citizens from leaving the country. “Between the ages of 15 and 18, I had up to 15 pen pals.”

Old editions of Neues Leben feature posters of The Beatles, fashion advice and reports about FDJ art competitions and festivals. Many of its stories were written by Dittmann’s old friend Eckhard Mieder, during his time as features editor between 1980 and 1984.

“The point of Neues Leben was to make politics entertaining for the youth.” Mieder told me. “We had a mission to educate our readers according to socialist principles. But I don’t think it worked. I spent half a year at Neues Leben replying to letters from readers, which were all about problems with parents and sexuality.”

The young people shown in the magazine “were supposed to function as role models,” Mieder said. For example, in 1983, then 20-year-old Falk Schade and his girlfriend Kerstin were featured in a photo story that showed them attending the annual communist youth festival in the eastern town of Memleben. They married shortly after.

In the story, Falk and Kerstin are wearing blue communist youth uniforms.

At the time, the global nuclear disarmament movement was in full swing and demonstrators tried to join the FDJ festival. The editorial in Neues Leben makes no mention of their presence. Instead, another picture shows Falk and Kerstin visiting a shooting gallery. In a photo caption, Falk says: “I don’t understand that some of our people believe that if you tell everyone to leave weapons alone, there won’t be any more war.”

When I called Falk Schade, who recently separated from Kerstin, he said that a Neues Leben reporter had followed them around the festival, and later showed them a version of their dialogue to approve. He added that Neues Leben’s staff used the story to show the FDJ in the best possible light.

“They interpreted a lot into what we were saying,” said Falk.

Back in the 1980s, Dittmann wanted to write about music. In her apartment today, she still has a collection of ceramic vases that the magazine gave out as awards to readers’ favorite East German pop stars. Some of the musicians, such as the singer-songwriter Wolf Biermann, later fled to the West while on tour and were banned from the magazine’s pages.

As editor, Dittmann was allowed to publish two articles about Western musicians, actors and authors in each issue. Their work was often not available in the east, so she relied on friends in West Germany to send cassettes and books to the office. She was always worried her work would incur the wrath of authorities.

“I wrote with a stomach ache, because I never knew, did I get it right?” she said.

One day, after a friend from Hamburg sent her a book about rock music, she was called to the publisher’s security department and questioned by the secret police.

Although it enjoyed a long existence, Neues Leben’s print run was always limited. The magazine had a circulation of 500,000, but issues were widely shared and monthly readership was estimated to be two million. At monthly editorial conferences, editors pitched ideas, but there was never any doubt about who was really in charge.

The FDJ Zentralrat (or central council), which was responsible for executing the Communist party’s youth policies, was located on one of the main streets in East Berlin, close to Neues Leben’s offices. When Dittmann became deputy editor-in-chief, she says, officials told her that “mechanical engineering” would be an important topic to cover for young people.

“We were all socialists, completely in accord with the politics,” said Mieder.

But the conversations between editors about what could and couldn’t be said often turned farcical. Once, Mieder profiled a young pig farmer from the northeastern city of Neubrandenburg and began with the sentence: “She organizes our Sunday pork cutlets.” His editor at the time promptly told him to change his intro, owing to there being a shortage of pork in East Germany.

The fall of the wall

In 1988, one year before the fall of the Berlin Wall, the FDJ central council announced a national campaign — “Max Braucht Schrott” (Max needs scrap metal) — in which young workers would volunteer their spare time to participate in collections for a steel plant in the state of Thuringia.

A 23-year-old man named Carsten Seeger, who organized recreational activities for young workers, was interviewed by Neues Leben, after his district in the northern state of Mecklenburg came third in the country for the amount of metal gathered.

Today, Seeger is a social worker in the lakeside city of Neubrandenburg. He told me that the campaign was like a kind of weekend camp, with drinks, music and bonfires in the evening. It was also closely followed by the authorities, who wanted to meet collection targets.

“We wanted to prove ourselves, to show that we were capable of shaping the future. We didn’t want to embarrass ourselves by failing,” he said.

By November 1989, the volunteers in Seeger’s town had gathered all the metal they could and, as a reward, were sent on a group holiday to Saxony. Owing to the government’s heavy censorship, they had not heard about growing protests across the country, which were about to topple the East German regime.

After the fall of the Berlin Wall in 1989, the former GDR’s economy was plunged into bankruptcy. In the years following German reunification in 1990, over 14,000 East German companies were privatized and as many as four million East German workers lost their jobs.

In 1990, a publishing company in Hamburg bought Neues Leben, hiked up the price and urged Dittmann and her team to run stories about sex and crime. In Dittmann’s view, this was Neues Leben’s lowest point. By 1992, the magazine had lost a large section of its readership.

Dittmann has mostly fond memories of editing the magazine under the watchful eyes of the FDJ. “We didn’t just have to print the party’s speeches, we could go into schools and talk to young people. Working at Neues Leben was the best job in the business,” she said.

Still, she acknowledges, “it got boring, interviewing one youth brigade after the other.” 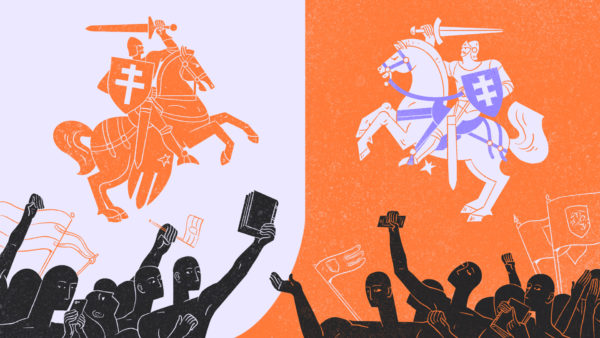 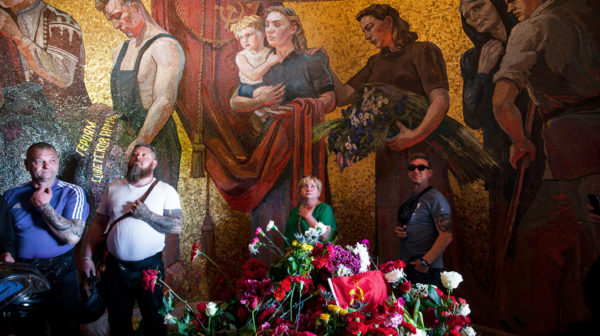