History, identity and politics clash in the pages of school textbooks

In these five countries, like in many others around the world, governments are revising syllabuses to reflect ideological rather than educational priorities

Curriculum standards and content have been subject to tense debate in the U.S. for decades. These standards vary from state to state, even down to the granular level from school district to school district.

Often these debates are pedagogical. In times of change or upheaval, though, the school curriculum reflects the divisions in society and in its politics and culture.

In July, Florida’s “Don’t Say Gay” bill went into effect, limiting what teachers can say in the classroom about gender and sexual orientation all the way up to the 12th grade. Additionally, Florida’s “Stop WOKE Act” (ruled by a Florida judge last week to be unconstitutional) went into effect ahead of the new school year, blocking conversations around race deemed to be “critical race theory.”

Becky Pringle, president of the National Education Association, said, “This deeply disturbing legislation aims to censor educators and prevent them from valuing, affirming and supporting our students,” and that “politicians are manufacturing false narratives about young people — and then proposing unconstitutional, discriminatory and just plain harmful ‘solutions’ to nonexistent problems.”

Earlier this year, several thousand math textbooks were recalled in Florida. Not because of mathematical errors but because they had been flagged for containing material that could be considered “critical race theory.” The books were returned to the publisher to address the content contravening the restrictive legislation.

Parents also now have more control in some Florida counties to contest material they believe to be inappropriate for their children, enabling additional and arbitrary censorship of educational content. Books in Florida counties are being censored in libraries and now carry warning labels for LGBTQ content. Stories that feature characters of color are being flagged as “unsuitable for students.”

Florida’s legislative activism has catalyzed conservative lawmakers in Texas, Tennessee, and Georgia, among others, to also attempt to prohibit teaching “divisive topics.” The answer to alleged “cultural indoctrination,” these legislators appear to be arguing, is more indoctrination.

Amid the turmoil of Hungary’s Covid-19 crisis in September 2020, the government rolled out a new curriculum with a mandate for schools to stick close to the new centralized teaching recommendations. The biggest changes were made to literature and history instruction, with the updates aligning with the ruling party Fidesz’s rehabilitation of nationalist figures with anti-Semitic pasts.

For example, assigned reading included the work of Hungarian writers such as Jozsef Nyiro and Albert Wass. In addition to his short stories and novels, Nyiro was known for being an admirer of Joseph Goebbels and in 1940 he joined parliament as a member of an ultra-right, anti-semitic party. Wass, a novelist and poet whose work was banned until the fall of communism in 1989, was a convicted war criminal. Both men have had statues and streets named after them in recent years and were introduced into curriculum at the expense of authors such as Imre Kertesz, Hungary’s only Nobel Prize winner in literature.

In history textbooks, medieval wars got more page time with critics saying myth and legends were being presented as fact and history. There is now greater emphasis placed on victories won in the 10-14th centuries and the idea that Hungarians are the descendants of Turkic speaking people, rather than the previously established consensus of Finno-Ugric roots (shared by Finns, Estonians and some indigenous groups in Russia). These new changes highlighted that the established narrative of Hungary’s ancient past taught under communism was up for reinterpretation.

Following the changes, protesters across social media used the slogan #noNAT to organize against the teaching of fascist writers with some teachers banding together to voice their opposition to having to revise their lessons.

Students in Indian schools are being provided with new, slimmed down textbooks for classes such as history, political science and sociology. It is, says the government, an exercise in “rationalization.” The pandemic has meant that Indian schoolchildren, like many around the world, have fallen behind. So, the government wants to lighten the load.

This means — a national newspaper revealed — removing chapters from textbooks on the Gujarat riots of 2002 in which nearly a 1,000 Muslims were killed and tens of thousands displaced over three days of violence. The state authorities, led at the time by current Indian Prime Minister Narendra Modi, stood by, seemingly twiddling its thumbs.

“The approach I gather is in conformity with the theories of Hindutva,” Romila Thapar, the nonagenarian professor emeritus, and arguably the world’s preeminent expert on ancient India, wrote archly to me about the proposed revisions. These include eliminating, diluting, and changing the wording of sections to do with Mughal history, caste discrimination, democratic functions and even periods of authoritarian rule in India such as Indira Gandhi’s infamous “Emergency” in the 1970s.

When governments change in India, it  is not unusual that textbooks change. But since Narendra Modi came to power eight years ago, the changes to textbooks, dozens of public intellectuals like Thapar have asserted in an open letter, reflect a “Hindu first” worldview.

Modi leads the BJP, a political party that is ideologically committed to a Hindu India — like a number of affiliated cultural and political organizations known collectively as the Sangh Parivar — rather than the secular country India chose to become in 1947 when the subcontinent was partitioned.

As Thapar put it in her email to me, “since the political aim of the Sangh Parivar is to establish a Hindu Rashtra (nation) then the attempt will be to project history as a support for this political change.” A history that must necessarily avoid India’s complexities, its many wafer-thin layers, each bleeding into the other.

It is, wrote historian S. Irfan Habib in June, “a historical fact that India has been a palimpsest.” The BJP, though, appears to want to scrawl over and obscure centuries of text with a permanent marker.

Truth in Egypt has long been under attack. Deception and manipulation have been part of Egyptian politics long before the current president, Abdel Fattah el-Sisi, organized a coup d’état and seized power eight years ago.

But the Arab Spring in 2011 offered hope of an end to authoritarian rule, and the real possibility of democracy. El-Sisi plunged Egypt back into the strongman era it had hoped to escape. He is in the process of completing the job by reducing the Arab Spring to a footnote in revised textbooks.

Will schoolchildren in Egypt no longer be made aware that Cairo’s Tahrir Square was the iconic heart of the protests that swept through North Africa and the Arab world?

Pupils in Egyptian schools once had a full chapter in their textbooks devoted to the events of the Arab Spring. Under el-Sisi, that chapter has become a deliberately misleading, confusing paragraph.

The “Modern Egyptian and Arab history” curriculum taught to secondary level students significantly underplays the Arab Spring. It was a people’s revolution, an outpouring of anger at decades of authoritarian rule in which corruption was rife and dissent was brutally crushed.

There is no mention in these textbooks of the nearly 1,000 protestors who died in 2011 as a result of police brutality. Anwar, now 31, remembers the events of 2011 very well. “It was the first time people felt their power,” he told me. “And Sisi wants them to forget this feeling.”

According to Anwar, the Arab Spring had set an example that revolution was possible. “During Mubarak’s time,” he says, referring to the 30 years Egypt spent under the thumb of Hosni Mubarak culminating in the events of 2011, “when people talked about protests, it wasn’t really seen as a threat to the government. It was because a successful revolt hadn’t happened before.” Now, though, he adds, “the government knows that the people are capable of succeeding and they’re scared that it might happen again.”

In July 1995, Serbian paramilitaries and Bosnian Serbs from the Army of Republika Srpska marched into the town of Srebrenica and massacred thousands of Bosnian Muslims. The event was the pinnacle of a bloody war that split apart the former Yugoslavia.

In 2004 the International Criminal Tribunal for the former Yugoslavia (ICTY) ruled that what happened in Srebernica qualified as genocide. But, as recently as in 2020, textbooks in Serbia, while containing an acknowledgement that war crimes had happened in Srebrenica, stopped short of describing the massacres as genocide and questioned the accuracy of the death toll.

According to Marko Milosavljević, Programme Coordinator at the Youth Initiative for Human Rights, “there is still a big policy of denial of the genocide in Srebrenica.” Years ago, he told me, “they used to say that Srebrenica didn’t happen at all. Now over the last decade, the authorities don’t say ‘nothing happened,’ they just deny the implications of the genocide.”

In 2017, Milorad Dodik, who was at the time the President of the Republic of Srpska, stated that no textbooks should ever teach students about the Srebrenica genocide, nor the siege of Sarajevo. Textbooks only briefly mention Srebrenica as a place where Bosnian Serbs conquered. The textbooks also only refer to Serbs and not Croats or Muslims as victims of ethnic cleansing.

Serbian textbooks have also failed to mention the state’s role in committing war crimes in the 1990s against Kosovans. Dodik, now the Serb member of the three-member Presidency of Bosnia and Herzegovina (which serves as the collective head of state), has repeatedly called for the Republic of Srpska to secede from the rest of the country.

With tensions rising in the region, in part due to Russia’s invasion of Ukraine, and with a new generation of ethnic-Serbs in Serbia and the Republic of Srpska being taught little to nothing about war crimes committed against Muslims and Kosovans in the 1990s, there is an ever-present danger of history repeating itself. 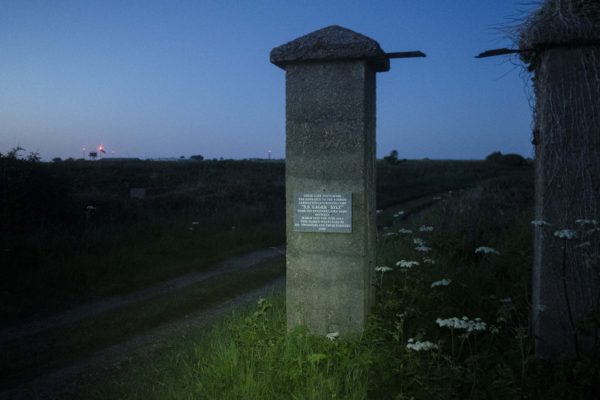 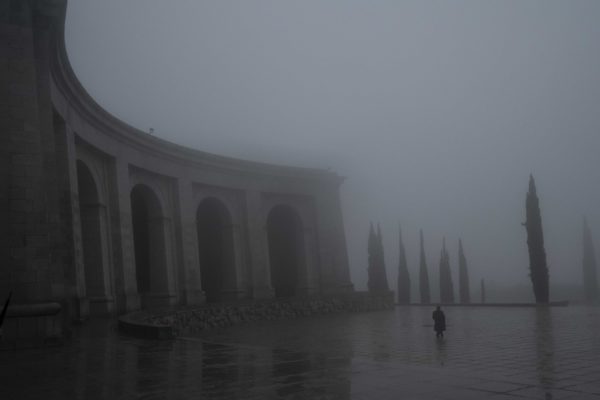